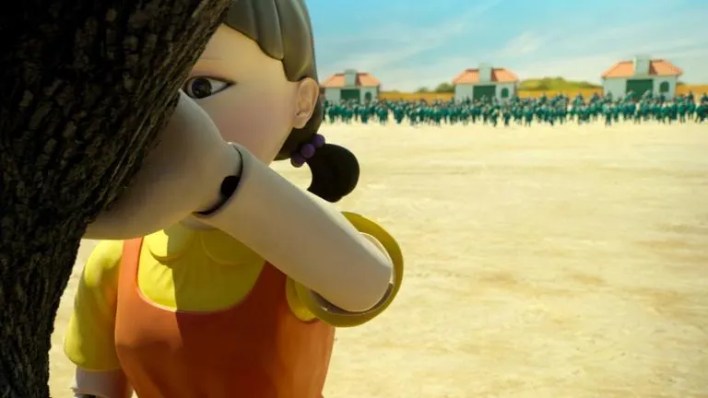 Another day, and Squid Game continues to be a viral sensation that Netflix has not seen in…well, maybe ever, frankly, given how global the phenomenon has become. The buzz around the show has been unavoidable, and new people are watching it every day, trying to figure out what exactly everyone is talking about.

This is going to be an article for those who have already finished Squid Game, as we’re getting into serious Spoiler Territory here. This is something you can notice on your second viewing of the series, particularly if you go back and rewatch episode 2 specifically.

You wouldn’t realize this until the end, but Squid Game actually foreshadows all of its eliminations to come. How? You’ll quickly see that this not a coincidence. I believe this was first spotted in a viral Facebook post, and I saw it when it was reposted to Twitter, and it blew my mind.

How did Squid Game pull this off? I think it certainly helped that the entire series was written and directed by one man, Hwang Dong-hyuk, who was able to set up foreshadowing like this, doing the entire script himself. Not to say you can’t do something like this with a team of writers, but I think one person having a clear vision can help sometimes. Though Hwang Dong-hyuk has said he will need directing and writing help for a second season, given how much the first one took out of him.

I would not be surprised if there were more layers to dig up in Squid Game on repeat viewing, so I may give it another spin pretty soon here to see what else I may have missed. If you think of anything, do let me know, as this was fascinating to see in hindsight.

Pick up my sci-fi novels the Herokiller series, and The Earthborn Trilogy, which is also on audiobook.