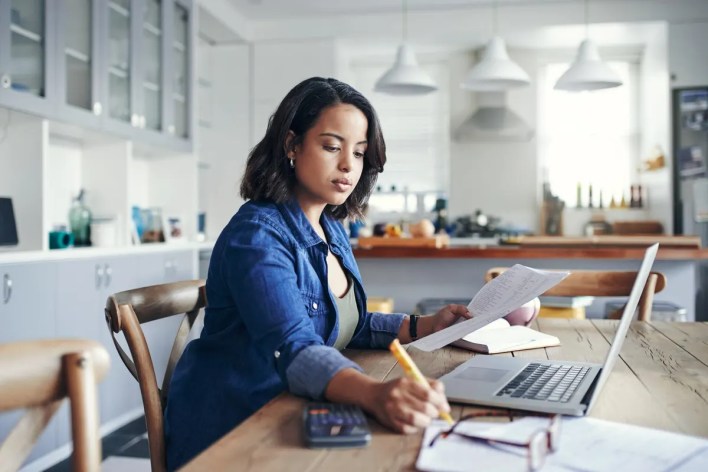 While women generally invest less than men, when they do invest, they tend to do it more successfully. That’s why investing serves as a valuable vehicle in closing the gender wealth gap.

As we inch closer to 2022, the gender pay gap does not seem to inch any closer together. In 2020, a Pew Research Center analysis found that women still earn just 84 percent of what men earned. At the current rate, it’s not going anywhere until at least 2059. Worse, the gender pay gap contributes to an even larger gender wealth gap, which refers to what you own subtracted by what you owe.

In other words: Even with increased wages, women’s overall financial health still pales in comparison to that of men’s.

According to a report by Closing the Women’s Wealth Gap, women in the United States own significantly less than what men own—in liquid savings, retirement savings, equity in homes, etc. The wealth gap is the product of an amalgamation of unfortunate factors, beyond the gender pay gap, only exacerbated by the COVID-19 crisis that has adversely affected women.

For example, women are burdened with about two thirds of the $1.5 trillion in student loan debt in the country, according to the aforementioned report. And women take on a disproportionate share of child care duties, which certainly impacts their careers and, ultimately, their finances. Those who opt to start their own businesses face struggles in finding funding that their male peers don’t have.

Women of color have it the hardest. They’re particularly overrepresented in low-wage occupations, especially vulnerable to housing instability, and more likely to live in poverty despite being the primary or sole breadwinners of their families.

Ultimately, it’s no surprise that, by retirement, men have thrice the total assets than women. But that doesn’t mean that women aren’t any good at saving or investing. In fact, women save more of their money than men, they just have less of it. And women who invest consistently outperform their male counterparts (by 40 basis points on average), leaving them with upwards of hundreds of thousands more when they retire, according to a study by Fidelity. Even female fund managers perform better than male fund managers, despite the fact that they’re paid less.

Nevertheless, only 26 percent of American women are invested in the stock market, according to a report from S&P Global. A 2019 Bank of America report finds that women enter retirement with $70,000 less saved up than their male counterparts. Worse, about one in five women have nothing at all saved up, according to a 2020 CNBC and Survey Monkey survey.

But don’t let women’s lack of savings fool you. Women invest less, in part, because they don’t consider themselves as investment savvy as they actually tend to be—likely due to the fact that the world of investing (and finance at large) is primarily male-dominated. Research from FINRA suggests that 71 percent of men think they have a high level of investment knowledge, compared to just 54 percent of women. So 49 percent of men feel comfortable making investment decisions for themselves, compared to just 34 percent of women.

There seems to be more of a confidence gap than a knowledge gap between men and women when it comes to investing.

So whether or not you have that confidence to invest, here’s how to invest like a woman and, over time, earn more:

1. Do your due diligence to start somewhere.

We already know that women earn less than men, but those who invest start somewhere with what they have where they are. And they tend to do more research about their investment choices when they do. After all, they certainly don’t cope with an overconfidence issue.

According to Fidelity research, women are more likely to build financial plans with goals for themselves or for their families. They then take their goals into consideration instead of solely focusing on portfolio performance.

Though women do tend to invest more conservatively than men, it is not necessarily because they are more risk-averse. (Although they have generally lower risk tolerances thanks to all the aforementioned adversities they face.) Rather, the time they spend researching their decisions helps them take more appropriate levels of risk—and not make impulsive money moves rooted in emotions triggered by short-term trends.

According to the same Fidelity report, fewer women fully invest their savings in equities than men, as equities can carry too much risk and not enough diversification. Instead, women are more likely to invest in target date funds, which are well-diversified.

Diversification spreads your investments across various assets to cover different bases and limit your exposure to any one type, which can help to reduce the volatility of your portfolio over time. In fact, well-diversified portfolios generate more reliable returns than non-diversified portfolios over a period of 25 years or more.

3. Practice patience so your portfolio can perform.

Fidelity’s data reveals that men are 35 percent more likely to make trades than women. In fact, in 2016 alone, men made an average of 55 percent more trades. Men also tend to log into their investment portfolios more often than women.

But being patient pays off. Investing yields 10 percent annual returns, on average. The longer you leave your money—through compounded interest and recovery from inevitable volatility—the more time your money has to make more money.

Liked what you read? Sign up for our free Forbes AI Investor Newsletter here to get AI driven investing ideas weekly. For a limited time, subscribers can join an exclusive slack group to get these ideas before markets open.