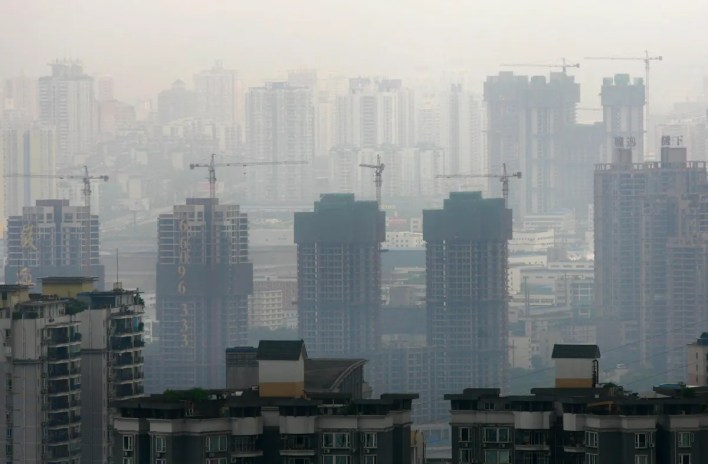 On Monday morning, Evergrande Group China’s second largest property development group will likely find itself unable to make the interest payments on a series of loans to China’s banks and will technically likely default, with trading in many of its onshore bonds already suspended. A key test will come on 23 September when the company is due to pay a coupon on a USD-denominated offshore bond.

With September being a seasonally choppy period in markets and the echo of the Lehman collapse (September 2008) audible, many will extrapolate the failure of Evergrande and talk of a coming market collapse, with contagion rippling across the banking sector. I am not so sure about this (just yet).

Most investors have had ample warning of the implosion of Evergrande (it has been paying liabilities with cash from pre-sold apartments that are not yet built), and to a degree market prices reflect this – Chinese junk bond yields are trading at 14%, the highest since onset of the coronavirus crisis (Evergrande accounts for nearly 15% of junk issuance).

While it can’t be ruled out that on Monday morning stockbrokers will circulate lists of companies that have exposure to Evergrande and the broader Chinese property market, the central expectation I have is that the Chinese authorities will permit a controlled, cushioned collapse of Evergrande where banks provide liquidity for viable projects and others are parceled off to other developers.

This approach may also see the arrest and denunciation of its executives, the restructuring of the company (though no state bailout) and the injection of liquidity into the financial system. China is unique amongst major economies in that it has plenty of scope to stimulate its economy.

What will be far more interesting and instructive than chatter about a ‘Lehman’ moment, is the insights the collapse of Evergrande will give us into the principles and durability of the China that Xi Jinping is trying to build.

The Chinese authorities, having carefully studied how Europe dealt with its financial crisis, will not want three things to happen – that the government takes more debt onto its balance sheet, that there is widespread unrest (which unusually we have already seen last week), and that as a result, the China Dream is derailed.

If I am correct this gives a clue as the iteration of the Chinese model (what to Westerners can be described as the ‘social democratic’, without the democracy) that Xi Jinping has manifestly been shaping since the start of this year, marked notably by crackdowns on business leaders, strategic industries and economic activities that might harm social cohesion (such as video games and private tuition), will fare. Its guiding light seems to be to avoid anything that harms or distracts the ‘common good’, and by extension the Communist Party.

To that end we can expect the authorities to respond by allocating as much financial and social pain as possible on the owners, executives and promotors of Evergrande and other property firms, plus investors in the company’s offshore bonds to avoid moral hazard.

In the context of Xi Jinping’s dictum that ‘houses are for living in’ I don’t expect a broad bail out of investors, but the authorities may either invest more in social housing, or once prices have adjusted, aid younger families to buy a home (housing affordability is just one reason for the low birth rate). The exposure that many have to property related wealth management product and to property itself partly reflects China’s under developed savings and pensions industry, and this is one area where we may see policy makers pay greater attention (in The Levelling )

If there is unrest in parts of China because of the turn in property investments, I am unsure how the Chinese authorities will deal with it. While there is currently an effort to dampen and shape reporting of the fallout from Evergrande, social media networks across the country are animated by the topic.

Given that the contract behind the China Dream is founded on the exchange of liberty for prosperity a negative wealth effect may result in a more angry populace. A wise way to deal with this would, as above, for the authorities to double down on the idea of the social welfare safety net, wiser still if Evergrande is just the first in a range of economic shocks.

Just over a decade on from the global financial crisis it is hard not to write about a credit event like Evergrande without conjuring the spectre of debt crisis past. It should be a reminder that with world debt to GDP at near record levels, the prospect of an international debt crisis awaits us at some stage. My thesis is that it happens in 2024 on the centenary of the 1924 debt conference. One of the ways I distracted myself during the early part of the coronavirus crisis was to sketch a script as to how the politics of the 2024 world debt conference might play out, though I suspect it has little chance of making it to Netflix.

Neither do I think that we are now on the cusp of a 2021 debt crisis – China has too much monetary and fiscal space, and the central banks of the developed world are hard wired to meet any market risk with more and more liquidity, until they do too much and cause a monetary accident.

The greatest near term risk is that, having avoided a major (domestically inspired) recession for a considerable period, China now suffers a simple, negative demand shock, that dents the post COVID recovery but that also removes inflation as a concern for markets (and thus interest rates remain low).