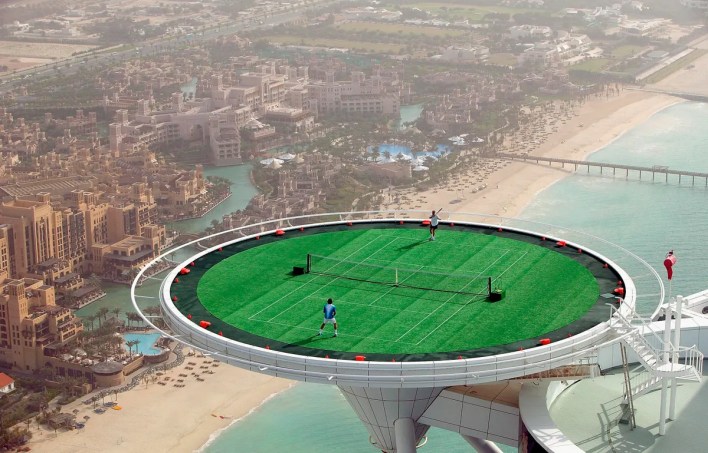 This summer, fresh from the West Coast of the U.S., a tech entrepreneur arrived in Dubai. In tow were his family, their family office and a fleet of 30 luxury cars. Everything a billionaire needs to start a new life in Dubai.

“It’s very safe here for my children. L.A. isn’t what it used to be. Crime has risen since Covid,” says the entrepreneur in his mid-50s who did not want to be named.

Finding a house with space for 30 cars was not easy, says Rohal Kohyar, marketing director of Luxhabitat Sotheby’s International Realty. Eventually a villa on its own private estate was identified. It had a basement that could be converted into a giant garage.

Nor was setting up the family office straightforward. Family offices on this scale manage hundreds of millions of dollars in private wealth, a task that requires a team of around 30 specialists.

“We’ve had to increase the salary for an E.A. (executive assistant) position for it to be attractive for people to come back to the U.A.E.,” says Zahra Clark, head of the MENA region for Tiger Recruitment.

During the pandemic many expats left Dubai for home. But with so many wealthy families now relocating to Dubai, recruiters are having to offer big incentives to lure investment professionals back to the Emirate.

Kohyar estimates 20 billionaires have bought property in Dubai this year, and Luxhabitat Sotheby’s International Realty has seen around a 300% increase in business compared with the same period last year.

According to the Dubai Land Department, the volume of property sales in Dubai increased by 136.5% in August compared to the same month last year. Villa sales were up 124% thanks in part to the sale of several Dh 100 million ($27 million) villas in Dubai Hills Grove area. “Normally we do one or two Dh 100 million ($27 million) deals a year. This year we’ve already done nine of them,” says Kohyar.

Real estate booms have come before, but this time is different, says Kohyar. “Now people are buying these luxury properties to actually live in them with their families.”

And they are in a rush, he says. Buyers are not waiting around for developments to be finished off. “They have to be ready now now.” The rich are suddenly in a hurry.

There is something else happening in Dubai that is different: People are coming from further afield. Kohyar says most of his clients are coming from major European countries, like the U.K., Switzerland and Germany. Of the super-rich setting up family offices in Dubai, Clarke says most are from the U.S. and U.K. Other recruiters say there is a heightened interest from Singapore and Hong Kong.

Many were impressed with the way Dubai handled the pandemic. Vaccines were rolled out quickly among Dubai’s three million residents, P.C.R. tests are cheap and available, and the country only suffered a brief lockdown in March and April of 2020. “We’re busier now than pre-Covid. This will continue for as long as Europe, U.K. and the U.S. can’t get things right in how they’re dealing with the Covid situation,” says Clarke.

But in reality, the pandemic hit Dubai very hard. Thousands of skilled expats started heading home as jobs dried up, the cost of living spiraled and they worried about being stranded abroad.

Dubai’s rulers suddenly realized the fallibility of their economy. Expats brought with them businesses, wealth and entertainment. Without them, Dubai’s own talented or entrepreneurial youth might follow them overseas.

In an effort to reverse this brain drain, the U.A.E. government started offering “golden visas” to high achievers. The 10-year residency visa was created in 2019, but since the beginning of this year it has been handed out to top students, successful entrepreneurs and award-winning actors.

In July, 45 students who scored more than 95% in their exams were granted golden visas. Raghad Muaiyad Asseid Danawi, a 17-year-old Jordanian student studying at Dubai’s Qatr Al Nada School was among them. “This is a great opportunity for me, my parents and siblings,” she told Khaleej Times.

That same month, the U.A.E. made 100,000 golden visas available to computer coders. Having lost out to Europe, Israel and Silicon Valley, Dubai now wants to establish itself as a tech hub and has a target to establish 1,000 major digital companies over the next five years.

Alongside students and computer coders, the U.A.E. has also been handing out golden visas to actors. Yasmin Abdelaziz, a popular Egyptian actress was given a golden visa in July, joining a trio of Lebanese pop-stars-Najwa Karam, Marwan Khoury and Ragheb Alama-who have already been given the visa.

All of this makes Dubai more attractive for the wealthy. For Dh 10 million ($2.7 million) they too can have a golden visa. And, thanks to a new law introduced in February this year, (Decree Law 19), they can bring their family offices with them.

But perhaps the most enticing thing about U.A.E. for the lack of income tax. When other parts of the world, and especially the U.S. and U.K., are mooting wealth taxes to pay for the pandemic, Dubai suddenly looks much more attractive.

And, if they start moving their businesses or family offices here, they are more likely to stick around, says Kohyar: “This surge right now is more on a personal level, it’s more rounded, and we think this is going to be much more sustainable because people are moving here with their families and with their businesses so they’ll definitely stay.”

Ask Larry: Can My Wife Take Social Security Spousal Benefits Now While I Delay Till 70?

Ask Larry: Can My Wife Take Social Security Spousal Benefits Now While I Delay Till 70?

Check Out the Most Surprising Celeb Transformations of the Week