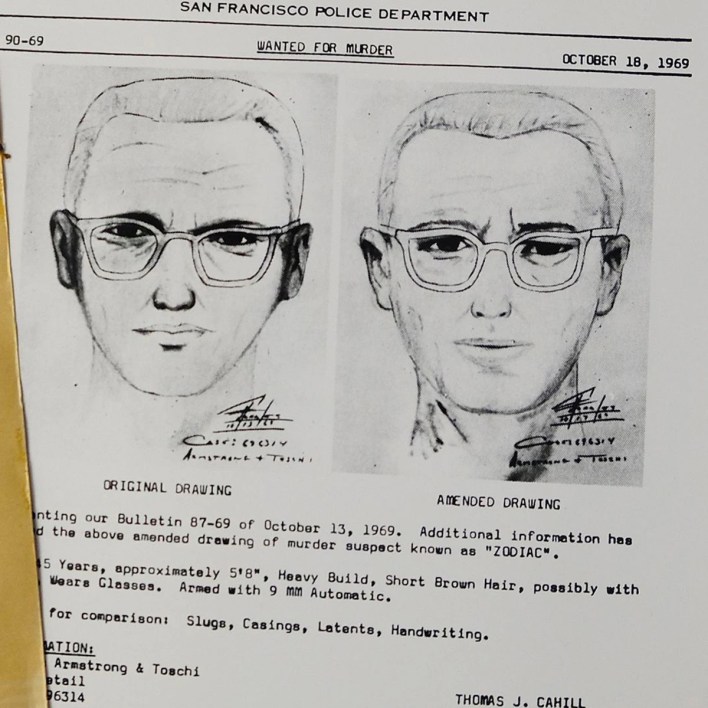 While a couple of detectives remained on the case, the Zodiac wouldn’t write to the Chronicle again until Jan. 30, 1974, when he promised, “if I do not see this note in your paper, I will do something nasty, which you know I’m capable of doing.”

The slightest chance that any message would hold a clue as to his identity or whereabouts proved too alluring to ignore, but his sign-off—”Me-37 SFPD-0″ was also a chilling reminder that they didn’t really know that he hadn’t killed dozens of people.

By 1976, the bowtie-and-suspenders-wearing Dave Toschi, who came onboard the investigation when Stine was killed, remained the only San Francisco detective still technically on the case—but was removed in 1978 when he admitted to sending a few letters to newspapers using a fake name to praise his work. He admitted it was “a foolish thing to do.” (He denied ever writing a letter purported to be from the Zodiac.)

On April 24, 1978, a letter to the Chronicle stated, “This is the Zodiac speaking I am back with you…That city pig toschi is good – but I am smarter and better he will get tired then leave me alone. I am waiting for a good movie about me. who will play me. I am now in control of all things.”

Toschi died in 2018 at 86. He acknowledged to the LA Times at one point, “Looking back, I feel mostly frustration. That case took so much out of me.” And like Graysmith, he thought Allen was their man.

Britney Spears: Fans cry and cheer after her father is suspended as conservator

Britney Spears: Fans cry and cheer after her father is suspended as conservator

Mike Bloomberg’s Foundation Donated $500 Million To Charity The Year He Ran For President. Here’s Where The Money Went