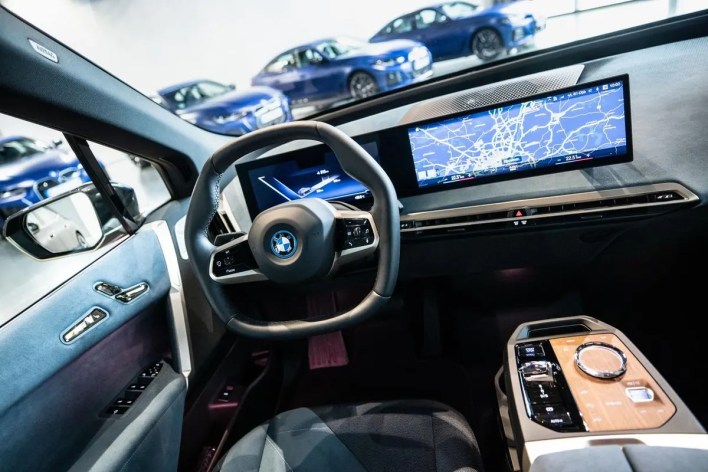 Why is there so much fraud in electric-vehicle start-ups? There is clear market demand and significant technological development, so why should companies not be competing on the merits? And who will win the race to provide affordable EVs to Main Street?

The solar industry may provide a roadmap. In solar, investment mania from about 2007 to around 2010 fostered widespread market fraud. It also enabled the commodification of materials technologies that bankrupted formerly dominant German and American firms, as Chinese companies seized control of the value chain. But the huge investments also helped drive down the cost of solar installations, such that solar now competes with fossil fuels on equal terms. That happened at least in part due to efficiency gains driven by competition for investment.

This is not to say that investment bubbles are healthy. This EV bubble will see investors lose a lot of money in the flat-out frauds, like Nikola, Lordstown, and Faraday, just the way money was lost on Chinese solar frauds like LDK, China Solar Energy, Hanergy, and many more. What is different in the auto industry is that the major incumbent automakers, not the start-ups, are likely to win out. That was very different in solar, where First Solar , REC, Wacker, and many more established U.S. and European companies fell to cheap Chinese competition, and now, the Trinas, Jinkos, and GCLs are the ones that remain standing.

In China, the solar fraud revolved around faked pricing, usually at the bottom end of the value chain, in the polysilicon. The listed companies all wanted to claim that they could make cheap polysilicon that would enable solar to reach grid parity—and in almost every case, it wasn’t true—yet.

The same pattern can be seen in the EV industry. But EV start-ups are exceedingly unlikely to follow solar in faking it until they make it. In EVs (setting aside Tesla , which is a more complicated case), the fraud tends to be in market demand for vehicles that in reality are not ready for prime time. Companies that have persuasively been accused of faking orders include Lordstown (Hindenburg demonstrated that most of their orders were faked), Faraday (the great majority of the “orders” were created by a single company, whose reservation was then converted to a loan), Nikola (now charged with securities fraud in part for the claim that it had obtained “billions and billions and billions and billions” of dollars’ worth of committed truck orders), and many more. The fact is that these companies have never produced a saleable product, have no revenue, and have been beset with production delays.

The reason the start-ups are unlikely to build the cars they have promised has to do with the far greater complexity associated with building cars than building solar panels. Most of the start-ups are not stumbling over developing complex technologies like the battery or the automated driving system but over integrating them: how to include high power in the battery without making it so heavy that its power is drained, how to avoid the risk of fire, how to make the power train both efficient and easy for components suppliers to make, and much more.

The established automakers, although they have been slow out of the gate, are deeply experienced in this sort of process engineering and are likely to Hoover up the business.

Unable to solve the integration challenges, many of the start-ups have bypassed them by designing cars for the ultra-luxury market, with retail prices over $200,000. While Tesla had some success selling these super-expensive cars, it seems unlikely that the luxury market is deep enough to support expensive cars from Faraday, NIO, Fisker, Rivian and others. The luxury end is attractive for start-ups. Margins are bigger, smaller scale can support profitability, and more customization in assembly is tolerated, in other words, less of the ultra-competitive assembly efficiency that mass-market cars require.

Where are the majors in all this? The big automakers never played in the luxury EV space, leaving it to Tesla for over a decade. That may have been wise, considering the losses at Tesla. They remain focused on developing affordable electric cars and now are poised to make cars that will compete on price with ICE vehicles. European automakers are already selling at about $37,000 (Renault), $34,000 (Peugeot) and $44,000 (VW). All-electric Chevy Bolts are to be less than $34,000. Ford’s Mach-E Crossover will be $43,000 before the $7,500 tax credit. Both GM and Ford have announced massive investment plans in EVs.

Why were start-ups successful in solar panels while we do not expect them to be with automobiles? Setting aside the design process, building a car is one of the most complex industrial processes in the world, involving lengthy qualification processes for hundreds of suppliers and tens of thousands of parts, price negotiations that keep those suppliers to brutally slim margins, and economies of scale that have automakers, for the most part, starting to be profitable only after about 100,000 vehicles. Those are advantages that only the big automakers can command. Making solar panels requires mastery of a core process, largely automatic, that is commoditized and willingly taught by the major equipment suppliers. The end product is differentiated only by technical specifications, not visible design and performance features, and the customers are industrial companies and contractors.

And why so much fraud? Investors get excited, and their zeal to invest early in targets that have seemingly endless growth potential eclipses a sensible need to understand the sector and the kinds of realities we have rehearsed here. Like cryptocurrencies, blockchain, and AI, a minute fraction of retail investors have any understanding at all of the technologies involved, so they are willingly guided by media and investment advisors who frankly do not understand much more than the retail investors do. What they do understand is how many great investment opportunities they have missed, in social media, search, data management, semiconductors, and software. So urgency dictates quick and hopeful decisions, and that creates a feeding field for promotors willing to game the system.

With Divestitures On The Rise, Dealmakers Adjust To A New Reality