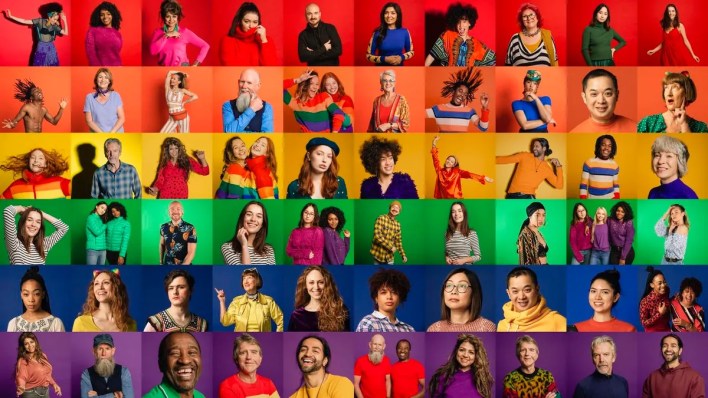 In autumn of 1987, around 750,000 LGBTQ+ people came to march in Washington, DC. This celebration paved the way for National Coming Out Day.

During this one week, a community of queer and transgender people refused to be ignored in the public eye. Participants waved rainbow flags, kissed their lovers, protested in front of the IRS building, honored the memory of AIDS/HIV victims, and even staged a ceremonial wedding decades before same-sex marriage was legalized in the United States. Many of these marchers would have been terrified of the prospect of having their photographs included in news coverage. Employers could legally fire someone for their sexual orientation. So the people marching on Washington in 1987 made a radical statement by choosing to support LGBTQ+ issues in public.

A year later, Robert Eichberg and Jean O’Leary honored the bravery of those hundreds of thousands of marchers. Eichberg and O’Leary created National Coming Out Day to inspire future generations of LGBTQ+ people to express themselves and their identity publicly.

When a person “comes out,” they tell someone else about their gender identity or sexual orientation. For over thirty years, National Coming Out Day has provided an important platform for LGBTQ+ people.

What are the benefits of coming out?

Coming out can have positive mental health benefits. Some LGBTQ+ people feel pressure every day to hide part of themselves, and keeping their identity a secret can feed low self-esteem and loneliness. In 2013, researchers in Montreal surveyed LGBTQ+ people (both out and closeted). The results, published in Psychosomatic Medicine, describe how people who are open about their orientation experience lower rates of chronic stress, cortisol, anxiety, and depression than their closeted peers. A study in the Journal of Adolescent Health emphasized how these benefits also impact transgender people. When a young transgender person can use their chosen name at school and work, they are less likely to attempt suicide.

Alex Sobieraj, a social worker and clinician, told Allure, “When people are not able to live authentically, that only exacerbates trauma. I think that, in and of itself, is a form of trauma. Being able to come out and allowing yourself to have that experience can be really empowering.”

Some benefits of coming out may include:

Why is it still so difficult to come out?

With these benefits in mind, why do so many people continue to hesitate about coming out? Unfortunately, lingering stigmas and stereotypes may discourage some people from coming out of the closet. Adolescents who are LGBTQ+ report higher rates of parental abuse. If a young person tries to come out to unaccepting parents, they may experience punishment, insults, or even being kicked out of their home.

Some people may worry that they could experience harassment or discrimination if they come out. Megan Mooney, President of the Texas Psychological Association, told NPR, “The vast majority of LGBTQ youth in high school experienced name calling on a regular basis, the kinds of names I don’t even like to repeat because they are so offensive.” These young people may experience a similar cruelty outside of school. As of 2019, 70% of LGBTQ+ employees have experienced harassment in their workplace. NPR has written that 57% of LGBTQ+ people have heard slurs about their gender identity or sexual orientation.

Safety factors to consider when you’re thinking about coming out

Some people may misunderstand what it really means to come out. Television shows and movies often depict coming out as a singular, suspenseful act. In these scripted moments that play across our screens, a teen may sit his parents down and tearfully tell them that he’s gay. But coming out is a personal journey, not just a solitary action. One person may be out to her close friends and family, but her coworkers may not know that she’s lesbian. Another individual may be out as nonbinary to their friends or classmates, but they may never tell their parents about their gender identity.

In reality, coming out is a process that is different for every individual. Vivienne Cass is an expert in sexuality and psychology. In 1979, Cass suggested that there are at least six stages to coming out:

1) Identity confusion: you begin questioning your gender and sexuality, such as having your first same-sex crush.

2) Identity comparison: You may wonder if you’re experiencing a phase, or you may still feel some amount of shame.

3) Identity tolerance: you begin to tentatively accept the possibility that you could be LGBTQ+.

4) Identity acceptance: you have fully accepted your gender or your sexual orientation, and you may begin coming out to some of your loved ones.

5) Identity pride: you begin to perceive being LGBTQ+ as a positive, not a shameful, experience.

6) Identity synthesis: your sexuality or gender identity is a consistent part of your life, just like other parts of your personality or background.

Strategies and Resources to Safely Come Out

Ultimately, there are as many ways to come out as there are ways to be LGBTQ+ (which is a lot). While you may find solace and inspiration in other people’s coming out stories, remember that your own coming out process will be unique. You may consider the following strategies:

Coming out can be a life-changing milestone. While coming out may involve some risks, people shouldn’t feel pressured to stay in the closet forever. If you’re thinking about coming out, you may consult the following resources: LGBT Foundation, GLAAD, and your regional or local LGBTQ+ centers.

Capturing The Iconic Aston Martin For ‘No Time To Die’