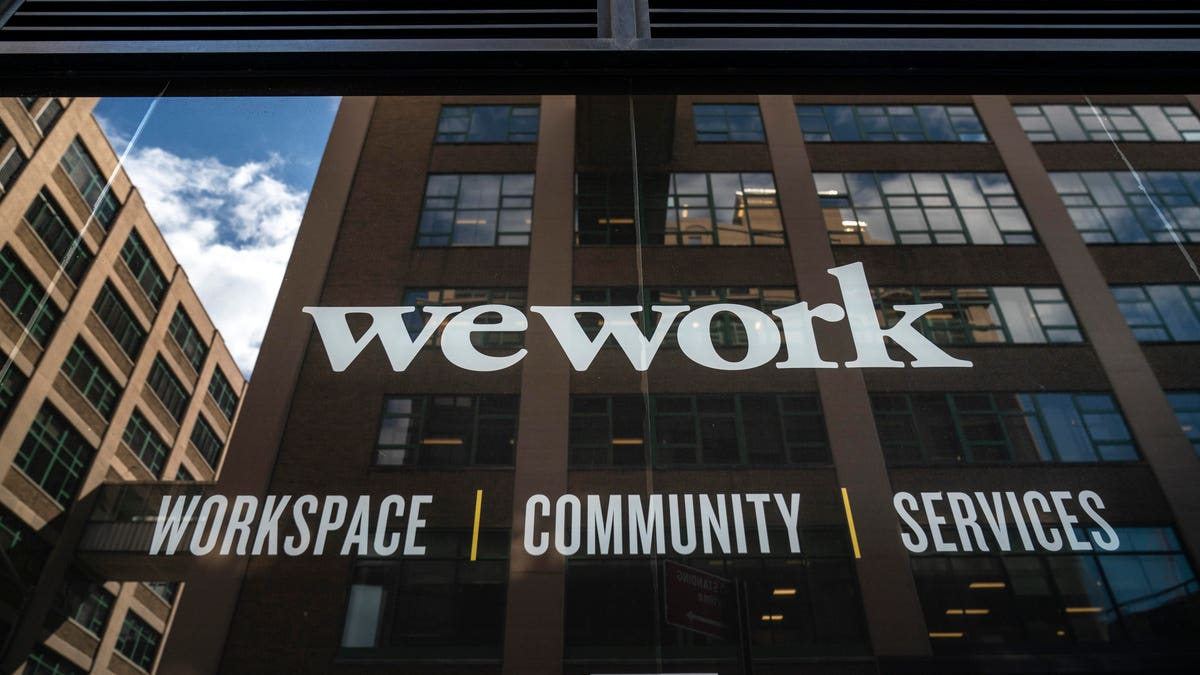 More than two years after its IPO plans unraveled in spectacular fashion, WeWork began publicly trading on the New York Stock exchange on Thursday, with shares rising 8% after merging with a special purpose acquisition company.

Trading under the ticker “WE,” shares rose by as much as 8% earlier this morning; The stock is still currently up more than 6%.

WeWork raised $1.3 billion by going public with blank check company BowX Acquisition Corp., which is headed by Sacramento Kings owner and tech entrepreneur Vivek Ranadive, in a deal that was first announced in March.

The company’s roughly $9 billion valuation is a steep drop from 2019, when WeWork was valued at $47 billion by SoftBank Group during its initial efforts to go public that year.

As part of the deal, SoftBank, which spent $10 billion to acquire an 80% stake in WeWork and save it from a cash crunch in October 2019, will retain its majority stake in the company.

Filings show that WeWork is still losing money: $3.5 billion in 2019, $3.2 billion in 2020 and $2.1 billion in the first quarter of this year alone, which included a non-cash settlement of around $500 million with former CEO Adam Neumann, per a Financial Times report.

WeWork posted $3.2 billion in sales in each of the last two years (excluding its China operations, which it sold a majority stake of last year) and expects to do so again in 2021, according to an investor presentation BowX filed with the Securities and Exchange Commission.

The real estate and workspace firm does expect its revenue to start growing again, however, targeting $4.6 billion next year and about $7 billion by 2024.

“This company is here, is stronger than ever, and no doubt that we’re going to be celebrating many more milestones,” WeWork’s executive chairman, Marcelo Claure, told CNBC on Thursday morning. “Two years ago, the value of WeWork was zero and the fact we’ve taken it from zero to $8 billion to $9 billion is great.”

That’s how much WeWork founder Adam Neumann is worth after the company went public on Thursday, according to Forbes’ estimates. While down from the $4.1 billion he was worth during WeWork’s peak in 2019, it’s still enough to make him a billionaire for the first time in two years.

Neumann still has some voting power and owns an estimated 7% stake, or around 48.5 million shares, of the newly public company through an entity he controls.

WeWork’s original plans to go public via the traditional IPO route imploded in disastrous fashion two years ago. Starting in August 2019, the company’s IPO filing revealed that it had lost $1.9 billion in 2018 and was on track to burn through its remaining cash. The company’s visionary founder, Adam Neumann, was ousted as CEO shortly after in September 2019, following reports of irregular corporate governance and self-dealing. WeWork’s new leadership quickly cancelled the planned IPO as investors grew increasingly concerned about the company’s precarious financial position. Facing huge losses that put it on the verge of financial collapse, WeWork was eventually bailed out by its largest shareholder, Japanese conglomerate SoftBank, which provided a $10 billion lifeline to acquire an 80% stake in the company. WeWork’s valuation progressively dropped since, to $7.3 billion at the end of 2019 and $2.9 billion in early 2020.