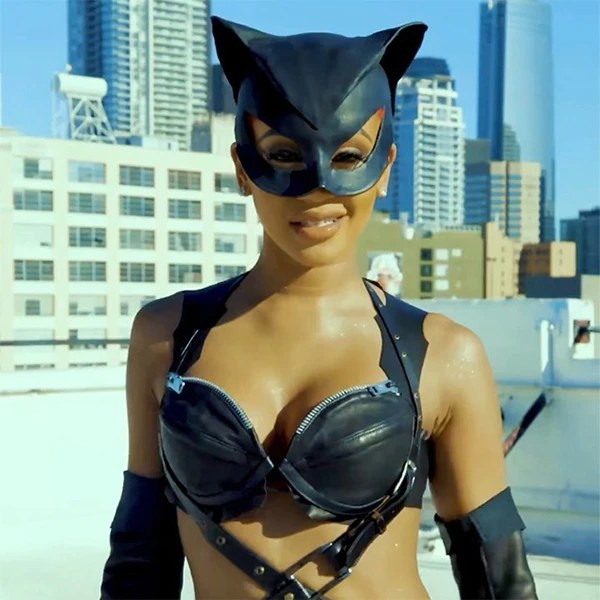 On Friday, Oct. 29, Saweetie shared on Instagram a hilarious holiday sketch starring herself and none other than Halle Berry. In the clip, the rapper walks on a rooftop wearing a carbon copy of the actress’ character’s sexy, black leather, midriff-baring costume from the 2004 movie Catwoman.

The 28-year-old rapper struts across a rooftop, mouthing the words to one of the lines uttered by the actress in the film: “You see, sometimes I’m good. Oh, I’m very good. But sometimes I’m bad. But only as bad as I wanna be.”

Then Halle, dressed in a chic vintage outfit, pops out of the doorway entrance, adding, “What the hell is going on here?”

“I’m just trying to get out of here and get these coins,” Saweetie replied, prompting an intense staredown between the two stars.

“And never, ever wrong,” answers Saweetie.

The rapper captioned the video, “Had to put on for the best Catwoman to ever do it @halleberry #Saweetaween.”