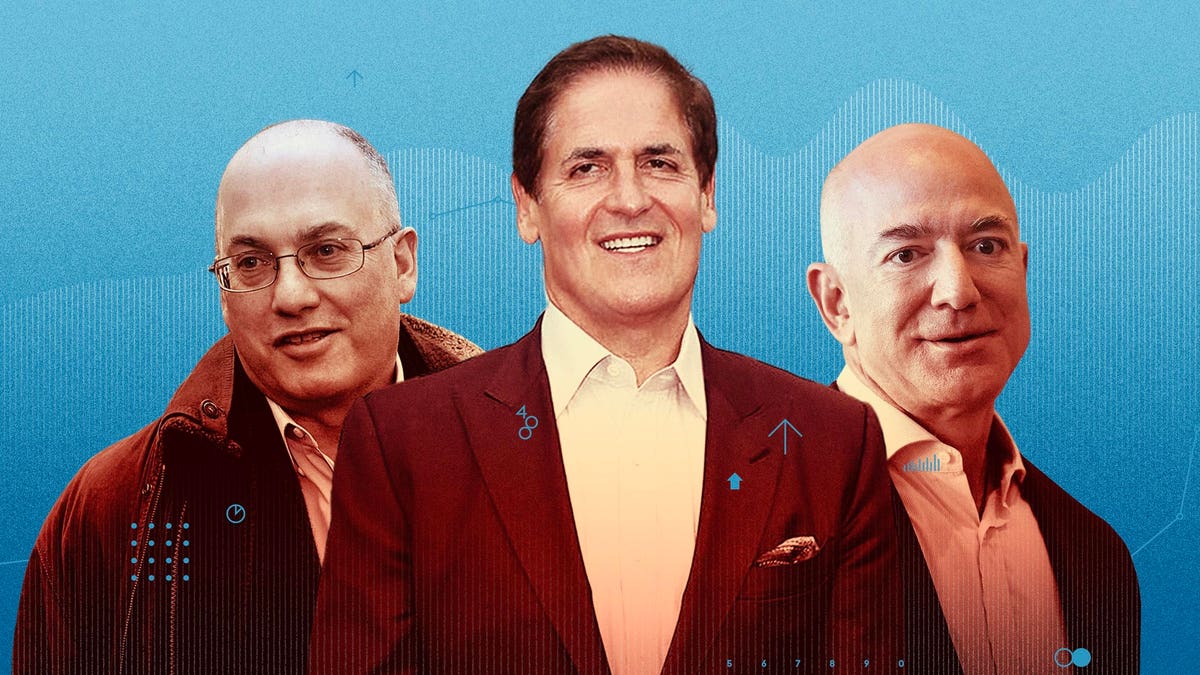 Nearly half of the nation’s wealthiest majored in one of three subjects at college, and despite the fast growth of tech fortunes, computer science isn’t one of them.

allas Mavericks owner Mark Cuban took night classes at the University of Pittsburgh as a high school junior when he wasn’t allowed to take an economics class for high school seniors. He then “dropped out of high school to go to college at Pitt before transferring to Indiana to major first in accounting,” he says.

At Indiana University, Cuban says he took MBA classes as a freshman until school officials “pushed him back to undergrad” when they realized he was 18 and “had never applied to be there.” He eventually graduated with a general business degree.

“I had no doubt in my mind from the time I was 12 or so that I would start my own business,” says Cuban, who is one of 65 billionaires on this year’s Forbes 400 list of the richest Americans who majored in business as undergraduates. Others who were business majors include Oracle of Omaha Warren Buffett, Salesforce’s Marc Benioff and Walmart heir Jim Walton.

That makes it the most popular undergraduate degree of America’s richest, but only by a slim margin — economics and engineering ranked a close second and third. Fifty-eight Forbes 400 members majored in economics. The field’s wealthiest alumni include hedge fund investor, New York Mets owner and University of Pennsylvania grad Steve Cohen; the bitcoin billionaire twins Cameron and Tyler Winklevoss, who rowed crew at Harvard; and Charles Schwab, founder of the eponymous brokerage firm. Schwab overcame his dyslexia to graduate from Stanford. And 55 chose engineering, including former New York City mayor Michael Bloomberg and former Google CEO Eric Schmidt. Amazon’s Jeff Bezos, who topped this year’s list, studied both engineering and computer science.

MOST COMMON UNDERGRADUATE MAJORS OF THE FORBES 400

Altogether, nearly half of The Forbes 400 members earned bachelor’s degrees in just those three fields of study. While we don’t have data on everyone’s major, or educational background, we came close, verifying the information of 357 people.

The reasons for choosing a particular major can be highly personal. Square cofounder Jim McKelvey initially chose economics because his father, then the dean of the engineering school at Washington University in St. Louis, told him “engineers spend a lot of time in labs and that I might find that too solitary.”  That decision paid off, in part, for McKelvey, author of “The Innovation Stack: Building an Unbeatable Business One Crazy Idea at a Time”.

But economics wasn’t enough for the super ambitious McKelvey, who was also drawn to the engineering school, after initially resisting his familial connection there. The reason: “The smartest kids were engineers,” he says. In fact, he earned his second bachelor’s degree in computer science (offered through Wash U’s engineering department), which ranks as the 6th most popular major and was the choice of 17 of the 400 richest Americans including eBay founder Pierre Omidyar.

McKelvey says his computer science degree has been critical to his success, teaching him the low-level technical skills that allowed him to build products himself “rather than having to hire someone for the real work.”

Steven Sarowitz, founder of online payroll firm Paylocity, had his own reason for majoring in economics. A spokesperson for Sarowitz joked that “Steve chose economics as his major because he was failing out of electrical engineering,” adding that “economics made sense to Steve because he has a mathematics and theory focused mind.”

Academics consulted by Forbes weren’t surprised to see engineering and computer science rank so high among some of the nation’s most successful people.

“If you look at the last 20 years or so, much has been driven in terms of economic growth by information technology and related industries,” says Saikat Chaudhuri, faculty director of the University of California at Berkeley’s Management, Entrepreneurship & Technology program, which provides a dual-degree in engineering and business.

“So to have people who do computer science and go into that sector and then create the Facebooks and the Googles, or even go into the financing side of things with venture capital or banking, I think for them to be successful financially is not surprising.”

Chaudhuri as well as economists consulted by Forbes cautioned against selling readers on the idea that any major is a guaranteed ticket to becoming one of the nation’s wealthiest. After all, there is a degree of “selection bias” at play whenever you sample from the population of the richest Americans (many of whom went on to earn graduate degrees as well — at least 82 of the Forbes 400 earned an MBA).

And while business, economics or engineering were the most popular for these undergraduates, a respectable number majored in other subjects. Politics and government (22 list members) and mathematics (18) rounded out the top six majors, with prominent alumni including Hyatt Hotels executive chairman Tom Pritzker (political science) and quantitative trading hedge fund pioneer Jim Simons (mathematics).

A bachelor’s degree isn’t even a requirement for admission to The Forbes 400. Nineteen list members never attended college, including Mailchimp cofounder Dan Kurzius, formerly a part-time DJ and competitive skateboarder. Another 37 dropped out before graduation, often to jumpstart their entrepreneurial journeys, including four of the top 20 richest: Facebook’s Mark Zuckerberg, Microsoft cofounder Bill Gates, Oracle’s Larry Ellison and Michael Dell, chairman and CEO of Dell Technologies.

With the richest Americans majoring in a number of different fields, the common thread uniting their college experiences has to be something other than subject matter expertise. So what is it?

“By challenging myself I got the confidence to start my businesses and the confidence that I knew how to learn whatever new things came my way,” he says, adding “That’s my college story!”

Capturing The Iconic Aston Martin For ‘No Time To Die’