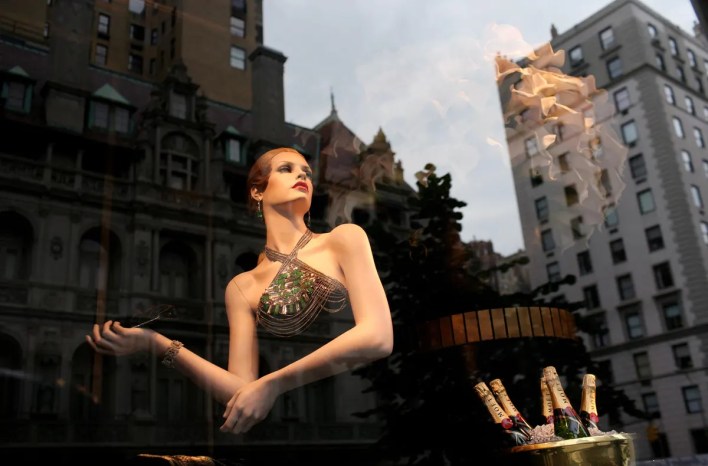 As Democrats wrangle over spending bills and how to raise money, one idea has popped up and not for the first time. Create a wealth tax for those at the very top of the economic ladder. Billionaires that pay federal individual income tax of only 8.2%, according to a Biden administration analysis, pay less as a percentage of their income than a good many households.

“This disparity is driven largely by the way our tax code treats income generated from wealth—that is, income from assets like stocks that increase in value over time,” the report says. Which is true. Here’s a point from a June 2021 Pro Publica piece that published information about how little the ultra-wealthy pay in taxes that backs this up:

Many Americans live paycheck to paycheck, amassing little wealth and paying the federal government a percentage of their income that rises if they earn more. In recent years, the median American household earned about $70,000 annually and paid 14% in federal taxes. The highest income tax rate, 37%, kicked in this year, for couples, on earnings above $628,300.

The confidential tax records obtained by ProPublica show that the ultrarich effectively sidestep this system.

Still over simplified. The average person might not be able to leave the money alone for all that time. The wealthy could keep adding, building that nest egg into massive amounts that you or I would never be able to match.

This is why the concept of a wealth tax on the most well-to-do gets such attention. “Make them pay!” So loud, you can almost hear the echoes from distant canyon walls. With elections next year, Democrats have offered up the concept of taxing unrecognized capital gains.

Capital gains means money you get from investments of various sorts, whether paying the mortgage on your home over time, buying stocks, or owning art or anything else that appreciates in value. The tax rates on capital gains can be as little as half of those for ordinary income and they only get charged when someone sells an investment and have seen an actual profit rather than a paper one.

But that isn’t enough savings for the wealthy, so other end-arounds are available, thanks to a Congress that so frequently caters to them. For example, money can get passed to heirs in the form of something like real estate. The heirs get a benefit because they can see what is called a basis step-up. Suddenly all the gains over perhaps years of owning the assets get treated as though the clock just started on them. There is no tax paid.

Another example is borrowing money. Someone with major assets can borrow against them, typically at highly favorable rates, getting access to cash while paying interest rates far lower than the taxes that would otherwise be owed if they sold the assets. That money can be reinvested at rates even higher than the borrowed rate, dodging higher taxes.

Democrats are calling for taxes on unrealized capital gains, and here’s where things get immensely sticky. Basically, that would be an annual tax on everything someone might be worth. If it’s only applied to the wealthiest, like the way estate taxes don’t apply to the vast majority of people, most individuals wouldn’t face additional tax.

But what is the measure of wealth? Neil Irwin at the New York Times notes:

At that tier of wealth, the logic goes, the usual considerations arguing against a so-called “mark-to-market” capital gains tax don’t apply. Those are sophisticated taxpayers with access to loans or other source of liquidity, for example, who hold assets that for the most part can reasonably be valued annually.

Mark-to-market is the concept of valuing something at the value it would command if sold on a given day. That’s relatively easy for some types of assets. Stocks or bonds, for example, generally exist in robust markets with enough information on purchases and sales to say what something is worth.

Real estate gets trickier. Now, if you own a home or commercial property, you’re likely familiar with paying property taxes. The city or town in which the property resides assess a value, which may or may not match up with what the property would sell for in a given year, and you pay taxes. The same is true for things like excise taxes on boats and cars.

So, who will decide the value? The locality? The feds? The IRS has enough trouble processing tax returns and running some audits. And what happens when you get into other types of assets like art? What if you have a rare piece and there have been few sales over the years? What do you use to set the value?

Proponents might say, “Who cares? Charge ‘em!” Only, we’re talking about a political climate in which an increase in minimum wage can’t happen. Higher corporate taxes? Probably not going to happen.

The chance of a far more ambitious and complex mechanism that could require major investment seems unlikely to take off. It sounds good to many but is more a talking point rather than something realistic. Therein lies the shortcoming.

If you really want to tax the rich, eliminate the ways they get to dodge taxes. Don’t allow tax-free loans against assets or a change in basis or the trusts or other mechanisms that can be used to bypass taxes. But those mechanisms are used more broadly than the very wealthiest. Many more use them, including members of Congress.

Much easier it is to make claims about what you’ll do to get money from billionaires when you know you won’t really rock the boat.

Here’s Why Facebook, Twitter And Google Shares Are Sinking Even As The Market Sits Near Record Highs

6 Ways Your Smartphone Can Make You Smarter—Financially

Here’s Why Facebook, Twitter And Google Shares Are Sinking Even As The Market Sits Near Record Highs

6 Ways Your Smartphone Can Make You Smarter—Financially