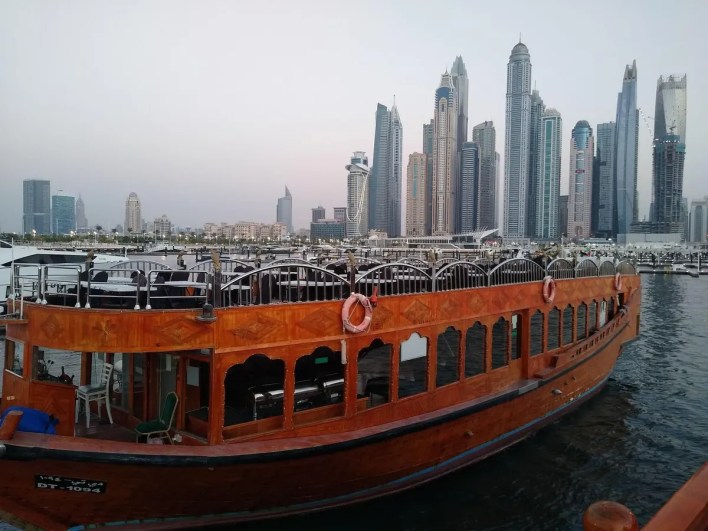 Most visitors to the United Arab Emirates (UAE) would notice that the country likes to channel its petrodollar reserves to boost its infrastructure, industry and real estate markets. Visiting the nation gives you a distinct feeling that there is always a desire to go metaphorically and physically large with every project.

It’s already logged a series of firsts – from the world’s tallest buildings to long and routinely used driverless mass transit systems. And in a post-COVID world, the UAE seems intent on forging ahead with its own version of the Fourth Industrial Revolution or ‘4IR’ by incubating and encouraging emerging technologies at a pace and scale few can or are willing to match.

At the Global Manufacturing and Industrialisation Summit (GMIS) 2021, being held in the shadow of the Dubai Expo from November 22-27, much of the Emirati debate centered on strategic investing in artificial intelligence (AI), robotics, big data, machine learning and alternative energy sources to boost the UAE’s manufacturing credentials and how targeted it should be.

As a consequence, the UAE’s Ministry of Industry and Advanced Technology has seen its ‘advanced technology’ remit steadily rise in prominence. The Minister himself, Sultan Ahmed Al Jaber, who also happens to be the Managing Director and Group CEO of the Abu Dhabi National Oil Company (ADNOC), and the country’s special envoy for climate change, appears to be leading the charge.

Al Jaber says strengthening the post-COVID supply chain resilience depends on managing manufacturing resilience and investing in 4IR. “The two are linked, and here in the UAE, we are doing both, prioritizing sectors that will deliver the highest value add, while rapidly adopting and applying new technologies across our manufacturing and industrial landscape.

“This is in fact the mandate of my ministry, which aims to help diversify our economy, deliver sustainable growth and ensure our industrial competitiveness. Ultimately our goal is to more than double the industrial sector’s contribution to the UAE’s GDP in less than ten years.”

“Cutting edge technology will play a critical role in the post-COVID recovery. For instance, machine learning has moved into pharmaceuticals and saves countless lives. As demand bounces back, the 4IR will help us cope on supply chain pressures. We are investing heavily in the AI and machine learning space. Ultimately, our goal is to pivot the 4IR and expand.”

Mubarak also took the opportunity to invite partners to join the UAE on its industrial growth strategy. It’s an invitation they appear to have heeded. Major trading partners from the US to the UK, from Australia to Italy, sent GMIS trade delegations to a country rated by the World Bank as the “easiest place to do business”, according to Al Mubarak.

A key plank of the pathway forward is the UAE’s ‘Make it in the Emirates’ campaign to encourage domestic manufacturing, especially advanced manufacturing, which is having a degree of success. A case in point is offered by Strata, a Mubadala-backed aero composite structures manufacturer.

Founded in 2009, Strata has established partnerships with the world’s leading aircraft manufacturers such as Airbus, Boeing and Leonardo-Finmeccanica Aerostructures Division as well as a Tier one supplier status with Pilatus, SAAB and SABCA, in a short space of just over a decade.

Strata CEO Ismail Abdulla says his company epitomizes how advanced manufacturing is progressing in the UAE in line with economic uplifting. “Our entire site has been built from scratch in Al Ain, an area out in the Emirati dessert. We began production at the site in 2010, and have recently signed an agreement with Solvay for the UAE’s first aerospace joint venture to supply Boeing 777X.

“The JV makes us only the fourth supplier of specialized pre-impregnated carbon fibers in the whole world. Nearly 90% of our workforce is female and offers a powerful indication of our bid for gender diversity. We expect our natural progression as a company to continue at pace as the UAE’s emphasis on advanced manufacturing gains further momentum.”

That momentum will need energy. And despite having one of largest oil reserves in the world, the UAE has decided to expand its renewable energy footprint by several multiples and power this momentum by gradually going green. It might be just a pipedream yet – no pun intended – but Dubai’s Green Energy Strategy 2050 offers a glimpse of that ambition.

The strategy has seen 7% of Dubai’s energy needs in 2021 met via the Mohammed Bin Rashid Al Maktoum Solar Park. By 2030 the percentage is expected to rise to 25% and by 2050 to 75%, according to a GMIS spokesperson. The entire paradigm and what’s visible these days in bricks and mortar is underpinned by the UAE’s technology drive which the world is welcome to join in.

Lord Udny-Lister, UK Co-Chair, UAE-UK Business Council believes the world should view the UAE’s emerging landscape as one of collaboration and not competition. “The British certainly do. For instance, there is a fairly substantial sum of money to the tune of £1 billion ($1.34 billion) being channeled through Mubadala, with it putting in £800 million in addition to £200 million in UK Treasury money. Much of it is aimed at life sciences. Our views are aligned and I believe that knowledge transfer is a shared benefit.”

A post-Brexit UK also views the UAE as a great gateway to the Indo-Pacific market, Lord Udny-Lister adds. “The operating advantages are apparent. English is widely spoken. Businesses often follow English common law and there is as vibrant a fintech scene in the UAE as there is in the UK.”

Conducive regulatory frameworks for setting up businesses and competitive start-up incubators are a sign of this. James Spence, Co-Founder of the Libra Project, a blockchain-based renewable energy impact company, says, “We deploy the latest technology to channel money directly into renewable energy projects. I could not think of a better place for doing business in than the UAE. My whole renewable energy company is based on blockchain and there is every sign the UAE is going to be a leader in blockchain technology.”

Additionally, Spence says part of the process of fostering a healthy start-up climate is to have tough scrutiny for entry into incubators like the UAE does. “It’s about being both supportive and competitive with a long-term outlook. Even the near-term looks very promising.”

While there is still a long way to go, given what’s afoot, the odds on the UAE being among the 4IR leaders of the world look exceedingly good.

An Experiment For Consciousness? Scientists And Philosophers Across Three Countries Debate It

Will You Need A Covid Booster Shot To Travel To The EU? Here’s What The Bloc Says

An Experiment For Consciousness? Scientists And Philosophers Across Three Countries Debate It

Will You Need A Covid Booster Shot To Travel To The EU? Here’s What The Bloc Says

The Matrix Returns But Sleep Well: Industrial Automation Is So Siloed The Dystopia Could Never Be Real