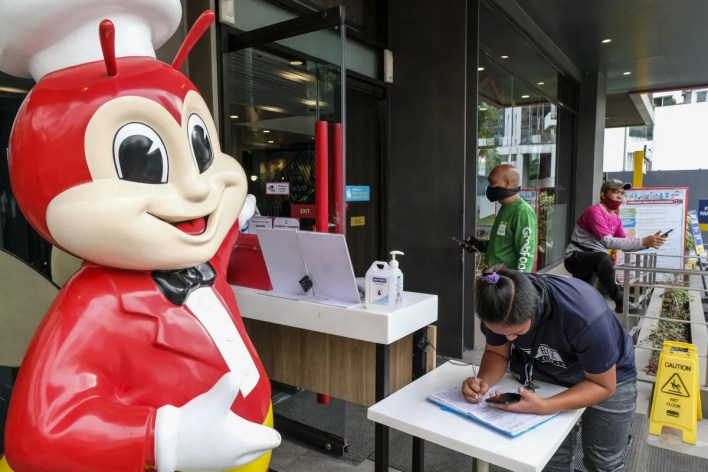 Jollibee Foods—controlled by billionaire Tony Tan Caktiong—on Tuesday offered to buyback $250 million worth of bonds as the Philippine fast-food giant steps up its global expansion plans with the opening of new stores in Europe.

The bonds listed on the Singapore Exchange are part of the $600 million senior perpetual capital securities issued by Jollibee in January 2020 as the Covid-19 pandemic started to wreak havoc on the global economy. The bonds helped Jollibee refinance the short-term loans used to acquire Coffee Bean & Tea Leaf in September 2019.

Jollibee Worldwide, a wholly owned subsidiary of the Philippine-based company, this week made a partial tender offer for the bonds. The tender closes on November 3.

“The tender offer is part of Jollibee’s liability management strategy to strengthen its balance sheet,” the company said Tuesday in a statement to the Philippine Stock Exchange. Funding for the tender offer will come from the 12 billion pesos ($236 million) the company is raising from the sale preferred shares that was announced in May, it said.

The completion of the preferred share issue and partial buyback of the bonds will help Jollibee slash foreign debt obligations, reduce forex risks and improve its leverage and debt servicing ratios. “All these actions will support Jollibee in maintaining its capability to finance its profitable growth, which is forecast to accelerate in the next few months and years, as the group plans to accelerate its worldwide store expansion in 2022 and onward,” Jollibee said.

As part of its global expansion binge, Jollibee announced on Tuesday that it will open 50 new fast-food outlets across Europe in the next five years. The company opened two new outlets in the U.K. and its first restaurant in Madrid, Spain earlier this year.

Jollibee sank into the red in 2020, with an annual net loss of 11.5 billion pesos, as cities around the world went into lockdowns to arrest the spread of the Covid-19 pandemic, forcing the company to close some 70 outlets overseas. The company returned to the black in the fourth quarter and reported a net profit of 1.1 billion pesos in the first half ended June 30.

Founded by Tan Caktiong more than 40 years ago, Jollibee now operates almost 3,200 outlets in the Philippines and over 2,600 overseas—including U.S.-based chains Smashburger and Coffee Bean. With a net worth of $2.7 billion, Tan Caktiong, 68, was ranked No. 7 on Forbes Asia’s list of the Philippines’ 50 richest people that was published last month, with a net worth of $2.7 billion. He also owns a stake in developer DoubleDragon Properties.