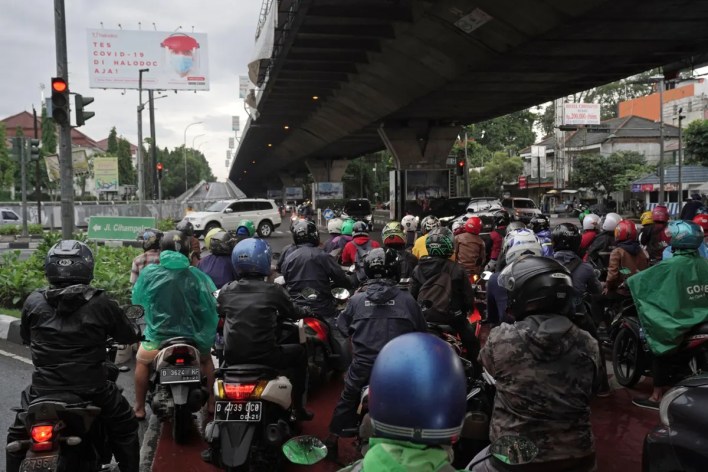 The automotive business of Indonesian billionaire Theodore Rachmat’s Triputra Group is firing on all cylinders. Now it’s prepring to take its auto-parts company, Dharma Polimetal, public in a deal that would value the company at as much as $200 million.

Dharma Polimetal is offering 705 million shares—or about 15% of the company—priced at 500 rupiah to 620 rupiah each, to raise up to 437 billion rupiah ($30 million) in its initial public offering on the Indonesia Stock Exchange. The company is a major player for motorcycle parts, and is looking to grow revenue from the car segment, including electric vehicle parts.

“With eight subsidiaries that focus on specific component production, Dharma Polimetal is in a great position to capture significant market share in the auto parts manufacturing industry,” Irianto Santoso, president director of Dharma Polimetal, said in a statement on Monday.

Dharma Polimetal generated 1.8 trillion rupiah ($125 million) in revenue last year. Almost 70% of the revenue came from supplying parts for motorcycle manufactures. The majority of the parts produced by the company is for Astra Honda Motor that produces Honda motorcycles and holds 70% of Indonesia’s motorcycle market that reach 3.6 million units last year.

Going forward, Dharma Polimetal is aiming to raise the contribution of car components to 50% of revenue. It is also betting on the electric vehicle trend by starting manufacturing components such as high tensile steel and batteries. The company also formed a joint venture with Korea’s Kyungshin Corp. last year to produce an electric vehicle harness for Hyundai Motor that will start the operation of its Indonesian plant early next year.

The pandemic has put the brakes on the automotive industry. Last year, car wholesales in Indonesia plummeted by around 50% to 532,027 units from 1.03 million units in 2019. However, Andrianto Saputra, equity analyst at Sinarmas Sekuritas, sees that the automotive sector has a strong growth recovery due to higher economic activity this year. “With the relaxation of government restrictions and better Covid-19 development, we believe this should positively impact economic recovery which historically has a positive correlation with the automotive industry,” Saputra said in his latest research note in September.

The Association of the Indonesian Automotive Industries projected that the Indonesian car industry will reach 1.5 million units in 2025. “We can reach much bigger than that,” said Santoso. “The car ownership ratio is still small and if we reach the level of Malaysia and Thailand, then our manufacturing industry can grow four-fold.”

After the IPO, the Triputra Group will remain as the controlling shareholder through Dharma Inti Anugrah, which holds a 47.6% stake in Dharma Polimetal, and Triputra Investindo Arya, which holds a 13.5% stake. Dharma Polimetal will join other companies under the Triputra Group that are listed on the IDX, such as coal producer Adaro Energy, palm oil producer Triputra Agro Persada, and car rental company Adi Sarana Armada.

Triputra Group was founded in 1998 by Rachmat, who is No. 16 on Forbes’ latest Indonesia Rich List with a net worth of $1.6 billion. Automotive has deep roots in Rachmat’s success as he started his career as a salesman for heavy equipment at automotive group Astra International, founded by his uncle William Soeryadjaya, in 1968. He climbed the ranks to become the president director for Astra International in 1984—a position he held for 14 years.

Can You Read The Night Sky? Six Of The Best New Space, Stargazing And Astronomy Books For Christmas 2021