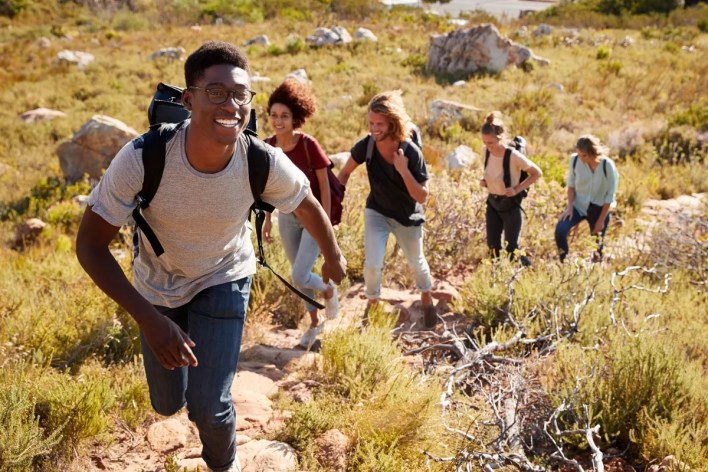 You know the expression “it’s expensive to be poor?” Sometimes it feels like the world of finance is set up to hurt the ones who need the most help— and that includes the planet. Oftentimes, when we’re out shopping, an environmentally-friendly alternative costs way more than its plastic alter-ego. So where does that leave those of us who want to do some good?

Well as it turns out, there are actually a lot of ways to help your bank account and the planet at the same time. Here are five things to get you started:

I’ve been vegan for many years and in addition to lowering my carbon footprint, taking up a vegan diet also lowered my grocery bills by a lot.

I’m not being preachy here. I’m not saying everyone needs to be vegan and I’m not mad at you if you like chicken nuggets. I’m just saying that if you swap out your steak dinner with tofu once a week, you already saved yourself almost a hundred bucks a month.

And, you’ve done good by mother earth too. According to the Humane Society and Forbes, the production of one hamburger— that’s one single hamburger patty— requires 3,000 liters of water and produces 3 kilograms of greenhouse gas emissions. To put that into perspective, 3,000 liters of water is more than what an average American uses over the course of fifteen showers.

The IRS gives some tax breaks when you decide to make your home more eco-friendly. There are certain insulation options, window replacements, heating and cooling systems that the IRS lets you write off come tax season. Plus, replacing a fixture in your house with an energy-efficient alternative will probably give your utility bills a break, too. For example, if your house isn’t insulated tightly, it’s essentially like leaving a window cracked open. If you have a window cracked open when you heat your house in the winter, you’re going to have to turn the heat on higher and leave it on for longer, just to try to make up for the heat that is escaping out the window.

Obviously that extra energy usage hurts the environment, but also, you’re literally throwing money out that window. You can read more about those tax breaks here.

You can tally up some major savings just by opting for products that are reusable instead of single-use. There are so many everyday things we can swap with reusable counterparts: bringing your own bags to the grocery store instead of using plastic bags (which will save you money in states like New York where you’re charged if you need grocery bags from the store), you can bring your own mug to your favorite coffee shop, you can use a dish towel instead of paper towels, and so on.

You can buy almost anything used. Sure, you know about the vintage clothing store around the corner, but we can think outside the box here. You can buy pre-loved books, furniture, baby strollers, coffeemakers, soccer cleats, those white and gold coffee tables I keep seeing on Instagram; I’m telling you, the list of what you can buy used is much longer than what you can’t. And the difference in sticker price is often half-price or less.

And how does mother earth feel the love? Well, if everyone chose to buy one used clothing item instead of new this year, it would save the same amount of CO2 emissions as if we took half a million cars off the road for a year. That should sway you to choose used.

Give, Receive… and Give Back

Say it’s that time of year again: your boss’ birthday… drats. What do you get the gal who has everything? A tax deductible donation in her name, of course.

You could make yourself crazy trying to wrack your brain for the perfect gift, but, you saw the most recent earnings report— if your boss wanted another scarf, she would have bought it herself. Instead, give a gift that gives back and make a donation to an eco-friendly charity. Write your boss a note like: “You’ve made such a difference in my career – I wanted to pay it forward and make a difference for the planet, in your name.”

That’s memorable. Plus, not only are you funding important projects with your donation, but that good karma comes right back to you on tax day because you get to write off your donation. Donations to organizations like the Sierra Club or EarthJustice? Totally tax deductible. Talk about a win-win-win.

Your new green mission starts at home, and we all can do better. When you turn the shower on, do you scroll on Instagram and kill a little too much time waiting for the water temperature to be just right? Do you keep your AC on when you leave your apartment? These things are bad for the environment and your utilities bill. So do yourself, and our planet a favor, and do less.