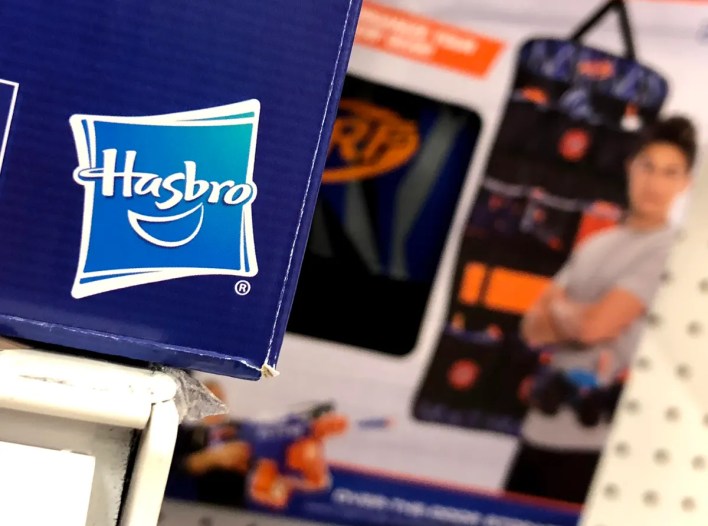 We think that Peloton stock (NASDAQ: PTON), an at-home fitness company that sells connected exercise bikes and treadmills and related fitness subscriptions, is currently a better pick compared to iconic toy and board game maker Hasbro stock (NYSE: HAS), despite Peloton’s richer valuation multiple and the fact that it remains unprofitable. While Peloton trades at about 5.6x trailing revenues, Hasbro trades at just about 2x trailing revenue. Moreover, Peloton has also yet to turn an annual profit, compared to Hasbro, which has been fairly consistently profitable. However, there is more to the comparison. Let’s step back to look at the fuller picture of the relative valuation of the two companies by looking at historical revenue growth as well as operating margin growth. Our dashboard Peloton Interactive vs Hasbro: Industry Peers; Which Stock Is A Better Bet? has more details on this. Parts of the analysis are summarized below.

1. Peloton’s Revenue Growth Has Been Stronger

Peloton’s revenues have grown at about 54% year-over-year over the most recent quarter (Q4 FY’21) to about $937 million, this is roughly in line with Hasbro, which also grew revenue by 54% to $1.32 billion in Q2 2021. However, while Hasbro’s recent quarterly growth was driven by a favorable comparison with Q2 2020 when the Covid-19 lockdowns were first imposed, Peloton’s average historical growth rate has been higher and more consistent. For instance, Peloton has roughly doubled its revenues every year over the last three years, while Hasbro’s revenues have grown at a compounded rate of under 2% over the same period.

Looking forward, Peloton’s revenues are estimated to grow 30% y-o-y to $5.2 billion in 2022, while Hasbro will likely see a 14% top-line change to $6.2 billion for full-fiscal 2021, per consensus estimates. Our Hasbro Revenue dashboard provides more insight into the company’s revenues.

Peloton remains loss-making, with its operating margins standing at about -5% over the last fiscal year. In comparison, Hasbro posted margins of about 13% over the last 12 month period. However, Peloton’s margins have been trending steadily higher. If we were to look at the last three-year change in operating margin, Peloton’s margins have seen more improvement, rising by about 17%, compared to Hasbro’s margins, which were up just about 2%.

Looking ahead, both companies are likely to see some pressure on margins in the near term, with Hasbro facing cost increases for materials and shipping and Peloton seeing higher marketing spends and lower price realizations on some products due to recent price cuts. However, we think that Peloton’s margins have more upside in the long-term given its increasing focus on its digital services business, which has lower direct costs and more profit potential as revenues scale-up

The Net of It All

Now that over half of the U.S. population is fully vaccinated against Covid-19, with overall economic activity picking up, the demand for leisure products focused on the stay-at-home trend is likely to cool down a bit. However, both the companies have positives to look forward to. Peloton, for example, is focusing on expanding into commercial areas and acquiring new customers via its corporate wellness program and via deals with healthcare companies. Hasbro has been increasing investment in the digital space and the company also has strong downside protection, on account of its timeless toy brands such as Nerf and Transformers and iconic board games such as Monopoly and Life.

Although Hasbro’s current valuation is lower than Peloton’s valuation, with Peloton trading at 5.6x trailing revenue, compared to Hasbro at just about 2x, we think Peloton justifies this premium due to its stronger growth rates and margin potential. Peloton also has lower financial risk, with its debt as a percentage of market cap standing at under 3%, compared to Hasbro which has a debt to a market cap of around 39%. Although Peloton has been called a “pandemic stock,” we think the company and its business will prove resilient, given its strong consumer lock-in via hardware, its expansion into international markets, and the launch of more affordable products. Peloton stock also remains down by about 50% since mid-January, potentially presenting a good entry point for investors.