The return of The Offspring with Let The Bad Times Roll feels timely if not for the recent resurrection of pop punk, but for the absolute disaster of a time we’re currently living in. 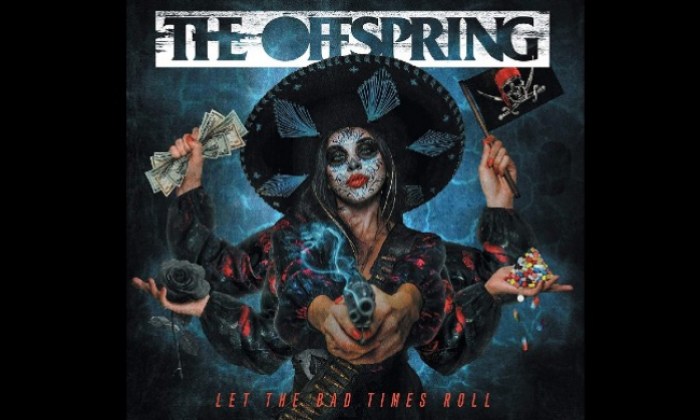 If I’m honest, the last album I listened to was 2008’s Rise And Fall, Rage And Grace, and while it fulfilled my then teenage need for Californian punk rock, it never made quite the lasting impression of Americana era Offspring.

Nonetheless, I was curious after hearing the title track from Let The Bad Times Roll upon its release as a single; it had that classic noughties edge, and was more importantly memorable. Indeed, the stompy energy of that cynical number has permeated the entirety of the album, and we’re completely on board.

Opening song This Is Not Utopia is a raucous earworm of a track that recalls their late 90s pop punk aesthetic, but with more lyrical depth as it reflects on the hate and hysteria of an early 2020s America.

It’s one of a series of angsty war chants, alongside the anthemic Army of One, the uptempo Breaking These Bones and the marching protestations of album highlight Coming For You.

There’s light relief from the fast-paced exuberance with melancholic emo number Behind Your Walls, and again on the experimental, jazz-inspired We Never Have Sex Anymore; which is the sort of tongue-in-cheek admission of their age we needed for a band whose popularity peaked in their early thirties.

The Opioid Diaries is full of scuzzy punk guitars which melts into balladic emo, while Hassan Chop is the song that most recalls The Offspring’s signature sound the likes of Pretty Fly (for a White Guy), but thankfully not in an embarrassing way.

The shortest track on the record at just one minute is In The Hall Of The Mountain King; a guitar cover of a classic piece of orchestral music by Edvard Grieg for the Henrik Ibsen play Peer Gynt. If the album’s going to have filler, we appreciate that it’s this.

They also have a slow piano cover of their 1997 song Gone Away, with a Mad World-sounding chorus that does well in bringing down the mood to close out the album; although the official album closer is a mellow outro version of Let The Bad Times Roll entitled Lullaby.

Honestly, there’s not one bad song here, though of course, not every track is a work of genius. It’s consistently high-energy and infectious enough to keep you gripped for the whole 33 minutes, and is certainly a more refined version of the uptempo punk rock they are known for.

Let The Bad Times Roll is without doubt the album that 2021 needed, representing perfectly the defiance of the populace  – even if it does come a little late to the party.

RuPaul Makes Emmys History With Most Wins By a Black Artist

RuPaul Makes Emmys History With Most Wins By a Black Artist