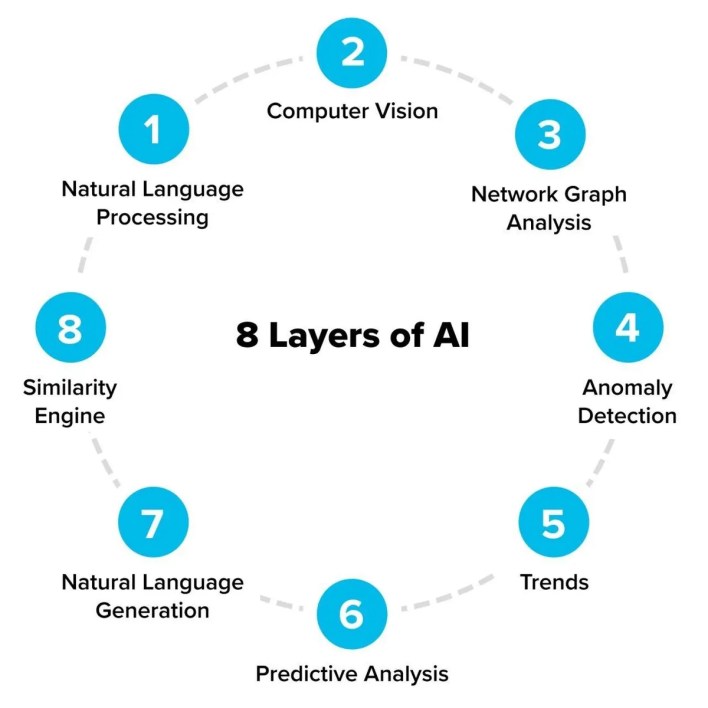 How do you measure influence?

That’s a crucial question for marketing leaders — and not just executives who hope to earn a spot on Forbes’ The World’s Most Influential CMOs list. It matters to any brand that wants to understand how advertising, marketing campaigns and product innovations influence customer experiences and purchase decisions.

Sprinklr is in the business of managing and measuring customer experience, and that know-how is why Forbes has partnered with us to measure CMO influence for the past five years. When we first began working with Forbes on the 2017 World’s Most Influential CMOs report, we had a simple but ambitious goal: develop an objective, consistent and broad-based measure of CMO influence that could power a rigorous ranking of leading CMOs.

The breadth of media and social media data on major CMOs and their brands made it possible to get away from subjective popularity contests, and instead take a data-driven approach to measuring who is really moving the needle in the industry. That approach paralleled what CMOs themselves were doing: getting away from gut-level guesses, and learning to use data to drive customer intelligence and business decision-making.

We had a lot of data to work with. By 2020, our annual ranking was based on more than 800 million brand interactions and 130,000 news and online mentions of CMOs — along with 600,000 LinkedIn engagements and more than 2 million profile views, thanks to our partners at LinkedIn. That’s why we’ve felt confident that each year’s CMO ranking has reflected a broad picture of their personal and brand performance.

But precisely because we have been reckoning with such an enormous volume of data, we ran into the same challenge that most big brands encounter in their own customer listening programs: At a certain point, you have more information than you can actually digest. Our assessment of CMOs reflected quantitative differences in performance — but we wanted to measure qualitative differences, too.

That’s where artificial intelligence comes in. Using AI to detect the sentiment of media, social media and brand engagements is part of a revised methodology that Sprinklr developed in the course of scoring and ranking global CMOs. Here’s what that looked like — and what it tells us about the power of AI in understanding and reaching customers.

You can see a CMO’s influence on brand performance in the way they drive customer engagement: For the past five years, we’ve used customer engagement rates as a valuable indicator of CMO performance, and this year, we’ve developed a multi-faceted approach that reflects the caliber of branded content, the loyalty of a brand’s audience, and the volume of attention a brand commands.

But those quantitative measures are far more useful now that we can look not just at how much customers engage with a brand, but how they feel about those engagements. Classifying incoming customer messages as positive, negative or neutral lets us understand whether a brand with a high level of engagement has wildly enthusiastic customers — or just very active, frustrated ones. Incorporating net sentiment into our measure of brand performance is just as important in ranking CMOs as it is for individual companies tracking their brand against their competitors.

Earned media coverage is one of the most powerful indicators of CMO influence — particularly now that we consider not only overall volume of media coverage, but the coverage that comes from the industry’s most esteemed outlets, and the volume of coverage once we exclude press releases and newswires.

While some might argue that there’s no such thing as bad publicity, we are most interested in CMOs who influence the industry as positive examples — not those who serve as cautionary tales. That means we want to measure influence not just through the sheer amount of attention a CMO commands, but by looking at the tenor of that media coverage.

Using AI to classify news and blog stories as positive, negative or neutral allowed us to do just that, so that CMOs with general positive coverage rise higher up the list. It’s just as essential for brands to do that kind of classification, if they want to understand their own media and social media performance.

The sentiment of social

Tracking each CMO’s engagement on Twitter and LinkedIn has been a core part of our methodology for the past five years. It’s not just that social media is now part of a CMO’s job, and a CMO’s reach: Seeing who gets mentioned, viewed and engaged with on social media platforms tells you who is part of the conversations that matter to the industry.

This year, we were able to assess the sentiment of those conversations. When we weighed each CMO’s Twitter influence as part of their overall score, we used AI to assess whether their Twitter mentions were typically favorable or critical. Using volume and sentiment in tandem is how you get a holistic picture of your social media audience.

An object lesson in the value of AI

Weaving these AI-driven indicators into our approach enriched this year’s list of influential CMOs, and shifted our methodology in ways that underline the value of incorporating AI into business intelligence.

In previous years, developing the list required a multi-step approach in which our initial ranked list was subject to additional qualification steps — steps that ensured a CMO couldn’t “sneak” onto the list through stellar brand performance alone (while being personally invisible) or by shining on a single platform or channel (without demonstrating broad presence and strength).

This year we needed no such clean-up: Once we had scored the universe of CMOs with a set of indicators that included qualitative, AI-driven measures, we had a list where every single CMO demonstrated broad-based personal and brand excellence.

That wasn’t about saving time or even about simplifying the scoring and ranking process. When you use AI to deepen and extend your dataset — when you use qualitative indicators, at scale, to complement your qualitative data — you know you have a clearer, more accurate picture of whatever you’re trying to measure.

For this year’s World’s Most Influential CMOs, AI has delivered a list that truly reflects the breadth, depth, and variety of marketing leadership. And for brands around the world, AI is delivering a new way to understand customers — and make customer experiences more powerful and effective than ever.

How Learning And Development Leaders Can Help Curb The Great Resignation

How Learning And Development Leaders Can Help Curb The Great Resignation

With All Due Respect, Mr. Chairman, You Have It Backwards

No, The ‘Build Back Better Bill’ Is Not Fully Paid For - But Do Americans Care?