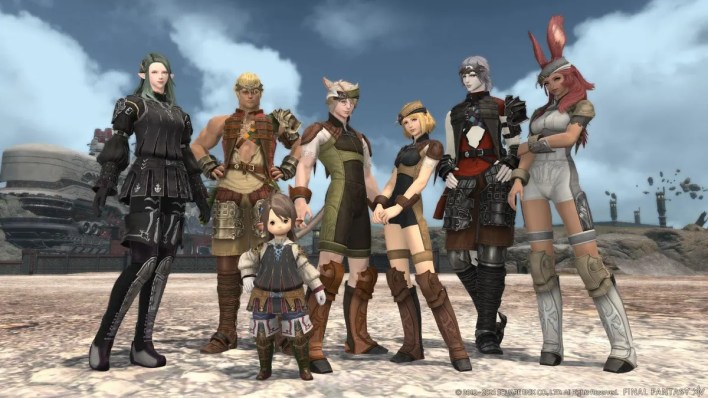 I know next to nothing about Tencent’s latest mobile game, Dou Luo Da Lu, but I do know this: They ripped off the trailer for Final Fantasy XIV frame-for-frame. It’s the most blatant ripoff since Game Of Thrones ripped off Shrek.

As you can see in the below video, Tencent has done very much the same thing—but worse—with its mobile game trailer:

This is common enough with mobile games. Hell, I’ve seen some advertised on Facebook that use trailers or screenshots from totally different games as marketing material. Why does this Chinese mobile game have a Dark Souls trailer attached to it? No clue. Why does the enormously wealthy corporation Tencent feel the need to cut corners and just blatantly rip off Final Fantasy XIV? Because China doesn’t enforce copyright laws and corporations only care about money.

This is actually the second post I’ve written today about China and video games. The other is a look at China’s newly leaked memo that shows how the Communist Party is cracking down on “immoral” gaming content—like same-sex relationships, “sissy” men and moral choices that allow players to roleplay as evildoers. What a mess.