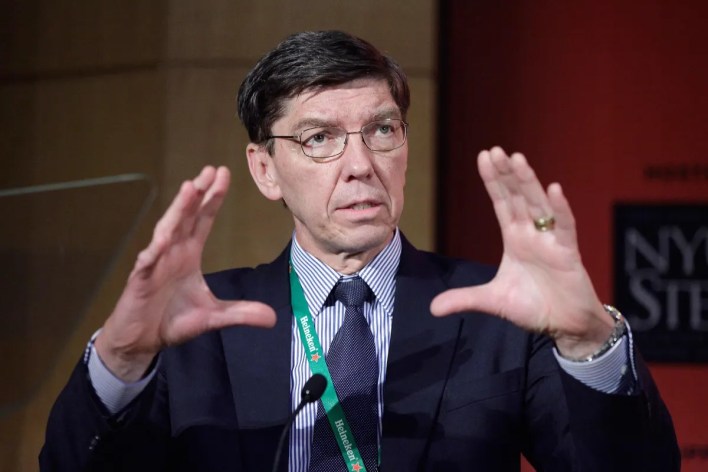 Ten years ago this past July, former Harvard Business School professor and notable author Clayton Christensen, the father of the idea of disruptive innovation, published a very influential book in higher education, “The Innovative University.”

No one really seemed to notice it had been ten years.

It should have been an important higher education milestone though because, just about two years after his book came out, about seven and a half years ago now, Christensen started to draw additional headlines with his predictions of massive college closures. He later refined the prediction to say that half of colleges would be disrupted out of business in ten or 15 years. He later said it would be closer to nine years than ten.

And although that timeline of nine years or ten years is not specifically in his book, the foundation of the prediction is. Christensen and his co-author, Henry J. Eyring, believed that a very large number of colleges were running on unstainable business models and poised for “disruption” – mostly by the technology savvy for-profit colleges. In the book’s final pages Christensen and Eyring refer to colleges as if taking a line from the popular “Purge” movie series. “The time for pruning has come,” they wrote.

About three years ago, about halfway to Christensen’s decade mark, I checked in on the numbers to see if we were on track to the Christensen prediction that half our schools would be gone. We weren’t. Then, we were not really anywhere close.

So, now ten years on from publication of book and about three quarters of the way to Christensen’s ten year prediction, it’s time to revisit – to see where we are. Is there any evidence that online learning and the supposedly cheaper and faster for-profit colleges will force old-guard colleges to close?

Some of that stability is sneaky. In those seven years, some two-year schools have reclassified as four year schools, upsetting the numbers. If you take all the degree-granting institutions at all levels, there were 744 fewer of them last year than there were in 2012.

But again, as was the case three years ago, the story is not the what, it’s the who.

As was the case in 2018, the closures are almost entirely contained in the for-profit college sector. In the seven years of data in the Christensen window, the number of for-profit institutions has dropped from 1,451 to 697 – a massive decline of 754.

In other words, statistically, the totality of college closures we’ve seen in the past seven years have been for-profit colleges – there are 754 fewer for-profits and just 744 closures of institutions of all kinds.

And that means, as you statistics majors have already deduced, the number of public and non-profit colleges has actually gone up since Christensen said half would close. Public institutions, two and four-year, have gone from 1,623 to 1,625. The number of private non-profit schools went from 1,652 to 1,660.

There’s still a little time left in that decade prediction that shook higher education but, to be clear, what we see so far is not at all what Christensen predicted.

In fact, in his book, he predicted precisely the opposite – that online, largely for-profit colleges would disrupt and bankrupt the others. Looking back, there’s no question he thought the online, for-profit schools would be the winners, the disruptors in the great pruning to come. “Investigations of student-recruiting abuses and proposals to tighten regulatory standards slowed the for-profits, but it would be unwise to dismiss the disruptive power of their educational model, especially the use of online technology.”

He was clear about what institutions he was talking about. “The schools most at risk are the more than 700 public and not-for-profit universities that grant graduate degrees but are not among the 200 elite research institutions,” Christensen wrote.

“Many for-profit online universities,” he also wrote, “can now boast of regional accreditation and federal aid access.” He added that in technology and wealth, “current trends likewise favor online educators, particularly the for-profit ones.”

“The Innovative University” cites the ability of online and for-profit colleges to hire part-time faculty, dismissible at will, as a helpful feature that would put further cost and market pressures on schools that used the more costly tenure-research professor model.

Ten years on, it’s surprising no one has mentioned how completely backwards those predictions were – that the market actually devoured the would-be disruptors. If the trends hold for another two years – that non-profit and public schools are just fine, notably undisrupted – it will be as interesting to see if anyone else notices.