Police Scotland have charged a 13-year-old boy after a plastic bottle was thrown towards Celtic players at Pittodrie on Sunday.

The youngster, who was sat in a stand with Aberdeen supporters, threw the object towards the pitch following Jota’s winner for Ange Postecoglou’s side.

A Police Scotland spokesperson said: “A 13-year-old boy has been charged in connection with a Breach of the Peace after a plastic bottle was thrown towards the pitch at the Aberdeen v Celtic game on Sunday, 3 October.

“No one was injured and a report will be submitted to the Youth Justice Management Unit.”

Goals from Kyogo Furuhashi and Jota, either side of Lewis Ferguson’s equaliser, earned Celtic a crucial win away from home at Pittodrie. 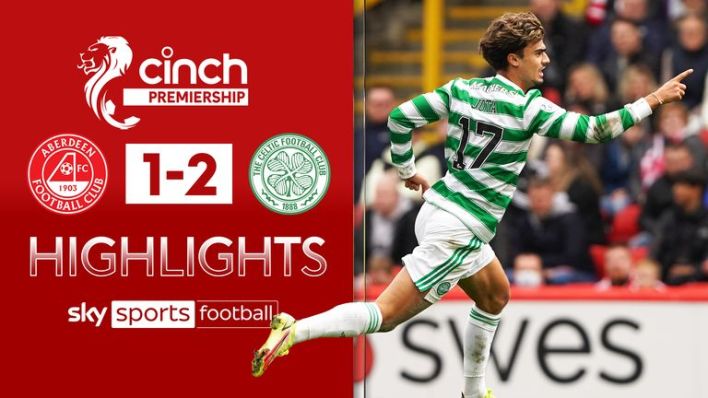 Highlights of the Scottish Premiership clash between Aberdeen and Celtic

The result leaves Postecoglou’s side sixth in the Premiership table on 13 points – still six points behind leaders Rangers, who beat Hibernian 2-1 on Sunday.