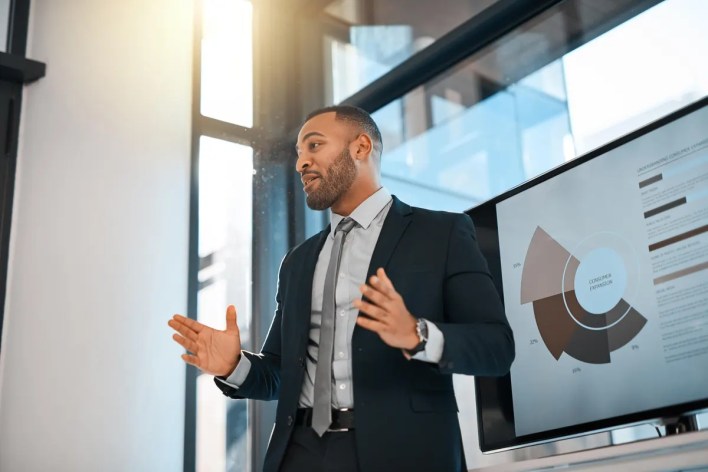 Founder and Partner at lool ventures, Israel’s seed fund. We take pride in identifying Israel’s best founders early and ahead of the curve.

It’s a tale as old as the first cap table. A startup founder meets a venture capitalist (VC) and goes through an inspiring pitch. The VC leans forward, engaged, obviously eager to capture the opportunity. Then comes time for the “market” slide. TAM, SAM, SOM, top-down, bottom-up. As these words fly across the screen, the light in the VC’s eyes flickers and dies. The VC nods with a frozen smile, obviously just waiting for the meeting to be over.

“We really struggle to invest in companies in your space because they seem to lack the metrics we want” states the email you receive the next day. Or perhaps, “The potential market opportunity did not seem large enough for our required model.”

The founders stare at the email in bewilderment. Metrics? Potential market? What’s wrong with these VCs?

Back when I was a founder myself, as well as during my stint as an angel investor, I could not wrap my head around this, either. Why would anyone in their right mind refuse an opportunity to invest $1 million and receive $10 million two to three years later? Indeed, what’s wrong with these VCs?

Ten years and many fund simulations later, I think I finally get it. These VCs just wanted to make ends meet. Claims of 10x return in two to three years or capturing 10% of a $500 million market are business models and projections that might make perfect sense from a business perspective but do not create a viable option for a VC to generate the returns they need.

Three questions beg to be asked:

1. What should the exit size of a portfolio company be to generate the return VCs expect?

2. Given that a typical fund portfolio has 20 to 40 companies in it, why would they need each and every one of these companies to generate such a return? Is there no limit to their greed?

3. How do VCs estimate the potential return for an investment?

The first question is easy, if you make a weird assumption: Assume that out of the entire fund portfolio, only one company will generate the entire return. Given that venture capital, as an asset class, is targeting at least a 3x return, and assuming the fund holds a typical 10% of the company at the time of an exit, the company will need to sell at 30x the size of the VC fund for the VC to be happy. Given a hypothetical $100 million fund, this means a $3 billion exit (hence, a $300 million return) from a single company.

As for the second question, the answer is slightly more complex. Keep in mind the VC power law curve, as demonstrated by the data collected by Andreessen Horowitz: 6% of VC deals provide 60% of returns and 50% of deals provide 3% to 4% of returns. Given a typical 20 startups per portfolio, a VC should expect a single portfolio company to generate most of its return, while the rest of its portfolio companies will have only a minor contribution to the result.

So perhaps the earlier assumption wasn’t that weird after all.

Many investors make a mental (and potentially dangerous) shortcut and ask themselves the following question before making an investment decision: Does this single investment have the potential to return my entire fund at the very least? But how do they estimate the potential outcome of an investment?

The answer is deceptively simple: VCs look at your total addressable market (TAM), serviceable available market (SAM) and serviceable obtainable market (SOM). TAM is the easiest to comprehend: If a startup operates in a market where the entire market size is, say, $500 million, there really is no conceivable way it could reach a multi-billion dollar outcome.

If the market is a huge one, the kind VCs like — a $50 billion, $500 billion or multi-trillion dollar market — it is easier for the investor to believe that a startup may be able to achieve a sizable return. In this case, they would look at the SAM, which is the portion of the market the startup is theoretically able to capture, and then at the SOM, the portion of the market the startup might realistically be able to capture. They probably would like to see a credible plan that predicts SOM leading to revenues in the vicinity of $100 million within the first five years, to believe a multi-billion-dollar outcome is possible.

That is not all, though. VCs also often look at the “multiples” that are common in the target market. Some markets and industries are more traditional. Public companies in these segments trade at low multiples of their revenue, and this impacts their acquisition habits. For example, the median software-as-a-service (SaaS) valuation multiple for public business-to-business SaaS companies was 16.6x annual recurring revenue in 2020, while a company in, say, the cement industry, may very well be traded at 0.7x to 2x on its revenue.

Is this a good way to estimate the potential outcome? What about a startup that actually expands the TAM (hey, Uber)? Or the potential to move into adjacent markets (hey, Atlassian)? Or perhaps it’s a nascent market that is about to explode (hey, Coinbase)? This is where the founder’s storytelling capabilities, as well as the VC’s optimism and risk appetite, come into play.

TAM, SAM and SOM are important when analyzing the potential of a startup, but understanding the people involved and their potential to rewrite the rules of the game is even more important. Remember that rejection clause I provided as an example earlier? “The potential market opportunity did not seem large enough for our required model.” This is actually a quote from one of the rejection emails Brian Chesky, CEO of Airbnb, received from an unnamed investor. What this investor missed (and I would have probably missed as well) is the realization that the Airbnb team will actually increase the pie many fold, and not just capture a part of it.

Forbes Finance Council is an invitation-only organization for executives in successful accounting, financial planning and wealth management firms. Do I qualify?