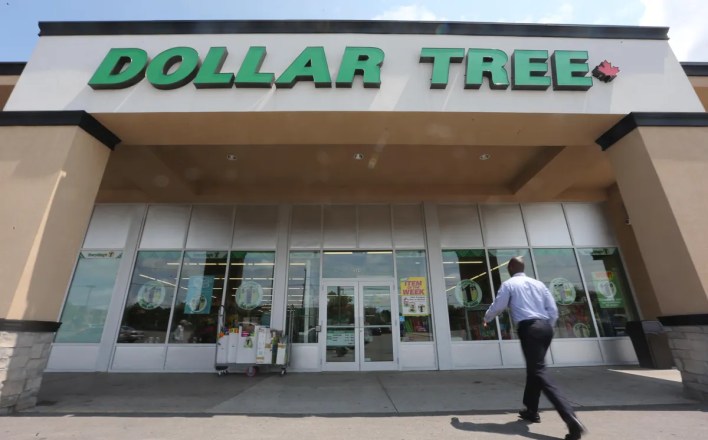 You can only stretch a dollar so far, a fact if there ever was one.

But what about dollar stores? Does the truism apply there?

It’s a worthwhile question considering how economic challenges – including inflation – continue as a result of the Covid-19 pandemic. This has led to a rise in dollar stores being built. So many, in fact, that some investors now worry they’re being stretched to the breaking point.

According to Statista, there are more than 34,000 dollar stores in the United States. A whopping 17,000 of these are Dollar General (DG) installments, a leading U.S. retailer that doubled its store count from 2007 to 2020.

Meanwhile, Dollar Tree (DLTR) operates 15,686 locations throughout both the U.S. and Canada. They seem to sprout up overnight in this current landscape of opportunity.

All that glitters is not gold, however (as such shops prove). So there might be trouble in cheap paradise.

As they’re squeezed between rising inflation and limiting legislation, investors are asking the million-dollar question: Are dollar stores actually on their way out?

Healthy Food: Not on the Dollar (Store) Menu

The public loves dollar-store bargains, it’s true. They offer a little bit of everything regular grocery stores have:

But their low prices are anti-competitive and therefore potentially very harmful to local economies.

Regular grocery stores can’t compete, especially in low-income areas. Moreover, the dollar variety is often located so near each other, there’s no middle-ground status to escape them.

This has contributed to the creation of food deserts… not to be mistaken for food desserts. The Oxford English Dictionary defines these as areas where “residents’ access to healthy, affordable food is highly restricted.”

And Stacy Mitchell, co-director of the Institute for Local Self-Reliance, sees dollar stores as their “number-one driver.”

Also recognizing this, some communities are cracking down on their expansion. Parts of Atlanta, New Orleans, Oklahoma City, Cleveland, and more have enacted policies to limit their presence.

One such strategy is called “dispersal restriction.” This sets a limit on how close new dollar stores may be built to existing ones.

Tulsa, Oklahoma, adopted this approach in 2018, with City Councilor Vanessa Hall-Harper at the head of the charge. In an interview with Catie Perry of Fox Business, she said, “That proliferation makes it more difficult for the full-service, healthy stores to set up shop and operate successfully.”

Mesquite, Texas, has taken restrictions a step further, making dollar stores a “conditional use.” This means they must go under review and receive a special permit to open, as well as meet the density requirements of the dispersal restriction.

All of these restrictions mean that dollar store growth will be limited in the future.

Of course, not everywhere has gotten the dollar-store clue yet. So the ordinance limitation itself is limited.

But there is another challenge to consider, and that’s inflation. To explore this, let’s consider Dollar Tree specifically.

From the beginning, its pricing strategy has had its critics. Cofounder Macon Brock states in his autobiography, One Buck at a Time, “Of all the questions I’ve been asked… over the years, the most persistent by far is, ‘How long do you think you’ll be able to keep the price point at a dollar?'”

Even at Dollar Tree’s creation in 1986, the founders themselves were less than confident about that pricing strategy. And while it’s enjoyed incredible success for decades, now presents much more of a problem.

Peter Keith, retail analyst at Piper Sandler, explained that Dollar Tree “benefited… from operating in a very low-inflationary environment.” Which no longer exists.

Shipping and manufacturing are still backlogged from the pandemic, while demand remains high. So many companies – if not most – have no choice but to pass on price increases to their customers.

Dollar stores can’t do that so easily when items priced at $1 are their main or only attraction. If they raise their prices, they lose their appeal.

Then consider how most of their employees are part-timers. Nearly 70% of Dollar General employees, for example, work less than 40 hours per week.

It’s a valid and probable hypothesis.

Another Day, Another Dollar?

Typically, dollar stores make a profit by purchasing products for around $0.43 each though, so  inflation is making this bargain-buying difficult.

Luckily for Dollar Tree specifically, the majority of their products are store brands. So there is a bit more flexibility.

For example, its one-dollar gift bags are a top seller. So, to reduce shipping costs, it’s begun packaging the bags in boxes of 72 rather than 24.

Witynski stated in an interview with The Wall Street Journal that Dollar Tree “could have hit the 35% gross profit” if shipping costs had not been so astronomical in 2020.

That same Wall Street Journal states that although the overall retail market has climbed since the pandemic, Dollar Tree’s stock is down roughly 8%. Its expensive acquisition of Family Dollar is partially to blame for that drop.

Personally, I doubt dollar stores are destined to wither away anytime soon. But I’ll be keeping an eye on them as the economy continues to shift post-pandemic.

I suggest you do too.

Who Will Win The EV Race? Lessons From Solar

Who Will Win The EV Race? Lessons From Solar