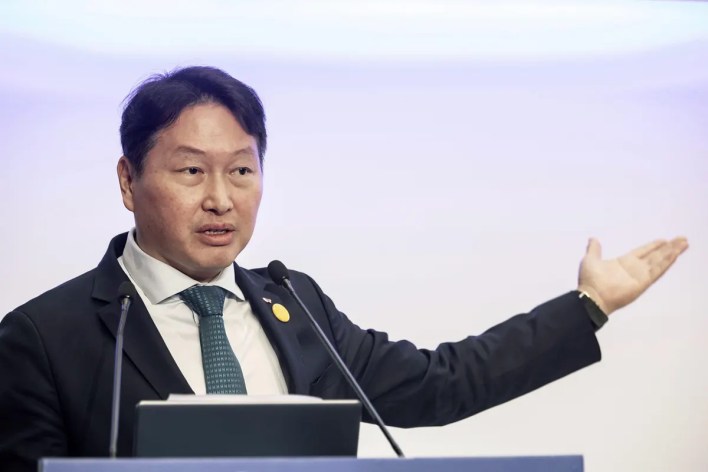 KKR last week announced that it had bought $2 billion worth of newly issued redeemable convertible preferred shares of SK E&S, an energy subsidiary of SK Group. SK E&S is “planning to be a leader in development of new liquid hydrogen infrastructure to create a hydrogen hub in South Korea,” notes Rajiv Biswas, Asia-Pacific chief economist with research firm IHS Markit.

The hydrogen hub would start with major investments across Korea in Ansan, Ulsan and Wanju. The program will eventually produce hydrogen to power fuel-cell electric vehicles at a “network of refilling stations,” says Biswas. Hydrogen-powered vehicles use hydrogen gas and combines it with oxygen from the air to produce electricity, emitting only water vapor from the tailpipe.

South Korea joins countries in much of the world in looking for ways to cut carbon emissions in line with discussion this month in Glasgow, Scotland, at the COP26 climate conference. Last month, Korean President Moon Jae-in set a national greenhouse gas emissions target of 40% of 2018 levels by 2030.

“As global governments are placing increased focus on reducing emissions, oil and gas companies need to find post-fossil fuel technologies that can see them reduce emissions while still remaining indispensable in the future energy sector,” says Chris Robinson, research director of Lux Research. “The hydrogen economy is a promising avenue for oil and gas companies, which can leverage their core expertise in managing liquid and gaseous fuels.

SK E&S distributes natural gas to customers in Korea as it develops 2.5 GW worth of its own renewable energy assets and invests in other companies. The parent company, led by billionaire Chey Tae-won, is one of the largest chaebols with subsidiaries in chemicals, semiconductors, telecommunications and biotech.

SK E&S’s hydrogen development has little overlap with other SK business units aside from the group as a whole “placing many bets in its transformation as an oil and gas company,” notes Robinson. Subsidiary SK IE Technology is separately working on electric vehicle batteries.

KKR may be responding to the global finance sector’s “emphasis on capitalizing technologies which can reduce global emissions,” Robinson adds. “The potential for a zero-emissions hydrogen economy was likely a part of KKR’s decision,” he says. In its statement, KKR calls “energy transition” a major engine for future “infrastructure opportunities” in Korea.