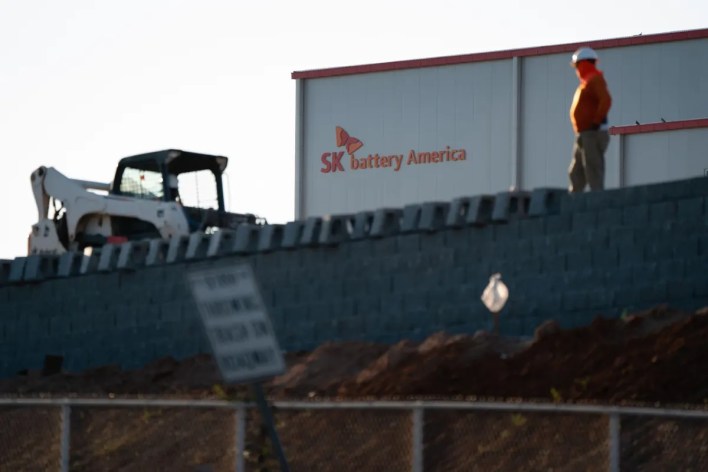 SK Innovation, a unit of the South Korean conglomerate SK Group, and Ford Motor are investing a combined $11.4 billion to build electric vehicle battery factories and an assembly plant for electric pickup trucks in the U.S. The deal, which is Ford’s largest manufacturing investment in its history, will also boost SK’s prospects in the highly competitive field of EV batteries.

Factories in the U.S. states of Kentucky and Tennessee will start producing advanced lithium-ion batteries in 2025, the companies announced on Monday. Ford said the plants will power new Ford and Lincoln EVs while that the co-investment with SK Innovation will create 11,000 jobs. Annual production capacity of the battery plants will be 129 gigawatt hours, or more than 1 million batteries per year, according to SK Innovation.

SK will put $4.4 billion into the effort, while Ford is covering the rest of the $11.4 billion investment. SK Innovation differs little in terms of technology from other major battery makers and may not have what Ford needs, says Chris Robinson, Boston-based research director with Lux Research. SK focuses on nickel-based lithium-ion cathode batteries, while Ford plans to use lithium iron phosphate cathodes, “which are growing once again in popularity,” notes Robinson.

But SK Innovation has “several advantages,” says a company spokesperson. It has focused exclusively on mid-size batteries for the past 40 years, the spokesperson says, and has taken a lead in developing high-density batteries that let vehicles go further on a single charge as well as nickel-cobalt-manganese batteries that increase energy storage.

Batteries developed by SK have supplied about 2.5 million electric vehicles globally, the spokesperson added, and they have a fire-free safety record.

The degree of fusion between SK Innovation and Ford remains to be seen, Robinson notes. “The biggest move Ford and SK need to consider is how vertically integrated are they able to be,” he adds. “Many car companies and cell manufacturers have started making their own electrodes or even signing off-take agreements for key minerals—a move Ford and SK will need to replicate to secure their supply chain and keep costs low.”

10 Deals on Shackets That Are Too Good to Be True