Manchester United manager Ole Gunnar Solskjaer insists he is not on borrowed time after the humbling 2-0 derby defeat to Manchester City at Old Trafford.

It was another dismal display at home for United following the 5-0 thrashing by Liverpool and their fourth defeat in six Premier League games.

Solskjaer, who described the derby performance as “passive”, is now facing an enormous amount of pressure as speculation about his future builds. 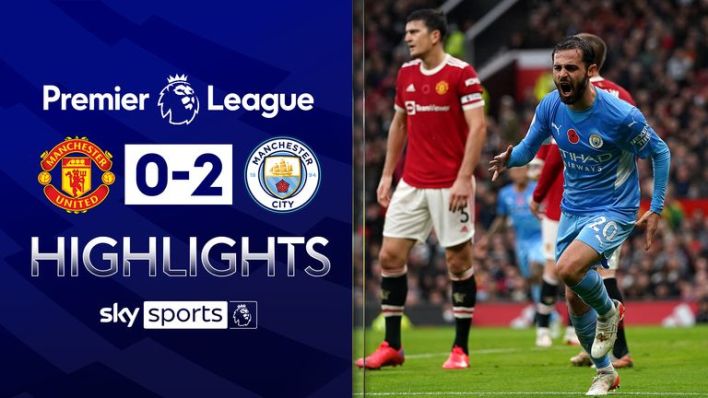 FREE TO WATCH: Highlights from Manchester City’s win against Manchester United in the Premier League

Asked if he is beginning to feel like he is on borrowed time, Solskjaer told Sky Sports: “No, I don’t start to feel like that.

“I have good communication all the time with the club that’s very up-front and honest about the situation.”

Solskjaer hopes the international break will offer some respite for his team, who were on the end of some tough criticism in the Sky Sports studio for their performance against City.

Roy Keane said he had given up on the United players, singling out Luke Shaw, Harry Maguire, Eric Bailly, Fred and Aaron Wan-Bissaka for criticism, before warning Solskjaer he could not rely on this squad. 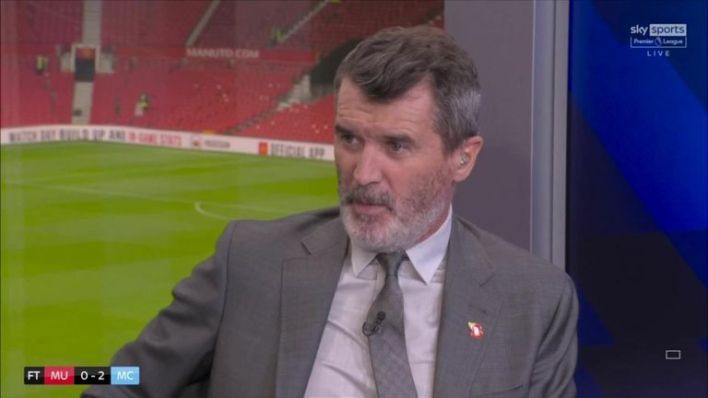 Roy Keane gave a damning review of Manchester United’s 2-0 loss to Manchester City, suggesting a number of players are not good enough to play for the club

“If you’ve got bluffers on the bus with you and you’re dependent on these guys, Ole you might be better off out of it,” the former United captain said, after admitting there were big question marks over Solskjaer’s position.

Unlike Keane, Solskjaer feels the players at his disposal can get United to where he wants them to be.

“I’m sure when we come back the players will be fresh in their minds from internationals, and of course the demands on the players, on me are going to be high,” added Solskjaer.

“We’ve just got to get back to what we started to look like and what we were for a while. We’ve got the players to do that.

“We’ve been through this a few times. Since the last game we played here [Liverpool defeat], it’s been a very difficult period and we’ve gone away from what we used to be.

“We need to be on the front foot more, I can’t look at myself and say this is the way I want Manchester United to play.”

Neville: Nobody expected Man Utd to sink so low

Gary Neville has conceded that Ole Gunnar Solskjaer is under “massive, massive pressure” following Manchester United’s 2-0 defeat to Manchester City but insisted the United boss is unlikely to be sacked mid-season.

🗣 “They looked frightened to death… crumpled up in a little ball in the corner waiting to be beat”@GNev2 explains what went wrong for Manchester United as they lost to rivals Manchester City at Old Trafford.pic.twitter.com/lvcfrGyc2w

After a relatively stabilising week – United beat Spurs 3-0 and grabbed a last-minute 2-2 draw with Atalanta – they were back in the doldrums with just four touches in City’s box on Saturday.

“Ole is under massive, massive pressure but the first thing that has to happen is that he needs a team with courage,” said Neville.

“Up to the end of last season, the feeling here [at Old Trafford] was that there was progression because they finished second in the league. Everyone then thought that they got their recruitment right in the summer.

“So the club has not planned for this. I know there are some United fans who think the club should have acted two weeks ago because Antonio Conte was available but this club was never going to appoint Conte and they are not prepared for this moment because they have the plan behind Ole.

“I don’t think there is any chance there will a decision [on the manager] during this season unless it gets so bad and it is getting to the point where it is so bad. They are 11 points off the top of the league if Chelsea win today [Chelsea drew, so United are 9 points behind] and this United squad should not be [so far] off the top. Nobody has expected this. Nobody would have expected United would sink so low at this point in the season.

“I think he has a few weeks to sort it out.”