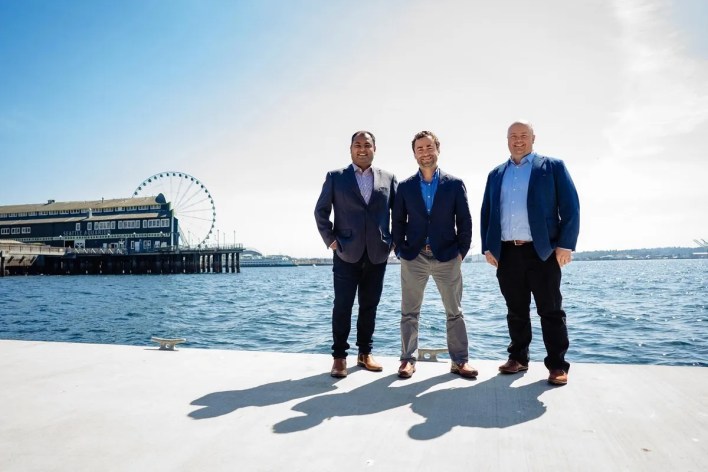 Remitly, the Seattle fintech company that competes with Western Union and helps consumers make online international money transfers, went public today and saw its shares rise 13%. Investors are valuing it at $7.8 billion, up from $1.5 billion when it last raised private funding in July 2020.

The 10-year-old business was founded by former Barclay’s banker Matt Oppenheimer, 39, entrepreneur Josh Hug, 43, and engineer Shivaas Gulati, 33. Its early venture capital backers included Nigel Morris at QED and Jeff Bezos’ personal fund, Bezos Expeditions. Based on financial disclosures, Oppenheimer’s stock in Remitly is now worth about $300 million, while Hug’s is worth $200 million. Gulati’s stake couldn’t be learned (only top executives, board members and holders of more than 5% of the stock must disclose their holdings).

Most of Remitly’s 2.4 million active customers are immigrants living in the U.S. who send money to their families and friends in India, the Philippines and Mexico. “If you look at the basic family needs that a lot of the money that is sent cross-border supports, it’s pretty humbling,” Remitly cofounder and chief operating officer Josh Hug says. “We see our customers sending money to pay for tuition for their family members, to pay for basic living expenses, to pay for food.”

In 2020, as the pandemic kept consumers indoors and glued to their phones, and unemployment in emerging markets rose steeply, Remitly’s growth accelerated, as it did for so many fintechs. Its revenue hit $257 million, doubling from 2019. The company uses technology and statistical methods like machine learning to lower the cost of sending money abroad. It doesn’t own physical retail locations like Western Union, but it partners with companies in other countries to let its customers drop off and pick up cash. Remitly isn’t profitable but is approaching breakeven—it lost $1 million in the quarter ending June 30, 2021, down from an $8 million loss the year prior.

Remitly remains much smaller and less profitable than Western Union. Its fees and foreign-exchange mark-up rates, which average about 2%, are lower than Western Union’s, yet it earns more revenue per customer. Remitly earns $136 per customer compared with $98 for Western Union, according to FXC Intelligence, a U.K.-based financial data company.

At $7.8 billion, Remitly’s stock market valuation is rich and in the same ballpark as other newly public fintechs. Investors are valuing it at about 30 times its 2020 revenue, slightly higher than that of London-based Wise, which trades at about 27 times revenue and also facilitates international money transfers, but focuses on more developed markets and has lower fees. Flywire, the Boston business that facilitates cross-border college tuition payments, trades at a revenue multiple of 38.

Remitly eventually aspires to become a full-service digital bank for immigrants. Last year, it launched Passbook, a digital checking account. But it has yet to build significant adoption. “It’s still early days,” says Hug. Asked whether Remitly plans to launch a lending product over the next year, Hug declined to comment, saying only that “we see a diverse set of financial needs from our customers” and that it maintains a “vision of becoming the most trusted financial services company for customers—not just remittances—on the planet.”

Tesla Stock Holds Up Despite The Broader Market Selloff. What Next?

What Items Are Costing Much More For Retirees?

Tesla Stock Holds Up Despite The Broader Market Selloff. What Next?

What Items Are Costing Much More For Retirees?