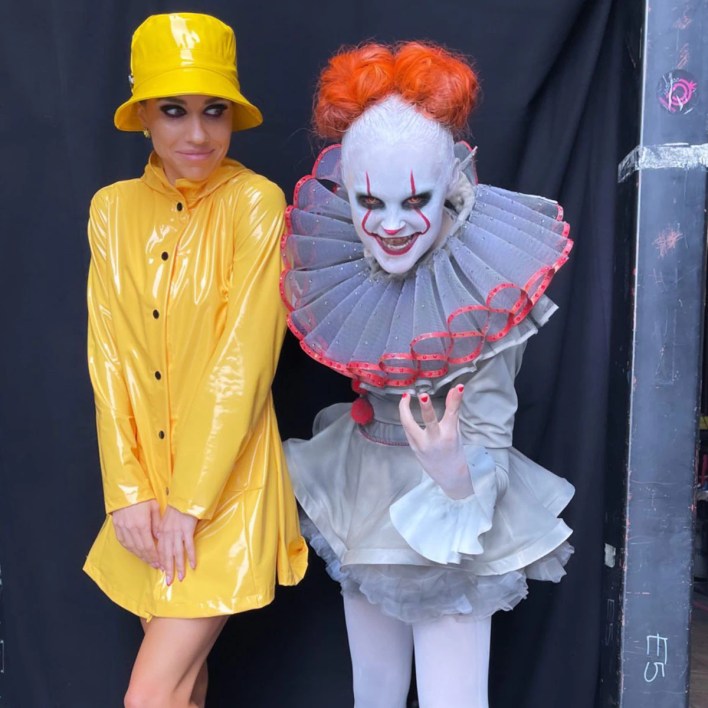 Dancing With the Stars viewers were in for quite the treat this week as the show honored Halloween.

On Monday, Oct. 25, the ABC competition series celebrated Horror Night, with the pairs dressing up in costumes to pay homage to classic spooky films.

This included JoJo Siwa and Jenna Johnson channeling their inner creepy clowns from It, The Miz and Witney Carson nailing their Hellraiser-themed paso doble and Olivia Jade joining Val Chmerkovskiy to reimagine The Purge.

In addition, Sunisa Lee teamed with Sasha Ferber for an ode to her favorite show, The Vampire Diaries, and was surprised by a special message from series alum Nina Dobrev after their routine. “I just wanted to send you guys a quick little video because I was told that Suni is doing a Vampire Diaries-inspired dance,” the actress said. “I can’t wait to watch the show.”

Among the highlights was JoJo getting her second straight perfect 40. In addition, NBA player Iman Shumpert‘s Us-inspired dance with Daniella Karagach proved to be his first game-changing performance and earned him a 40 for his efforts.

Blade Runner and Alien TV series in the works

Blade Runner and Alien TV series in the works