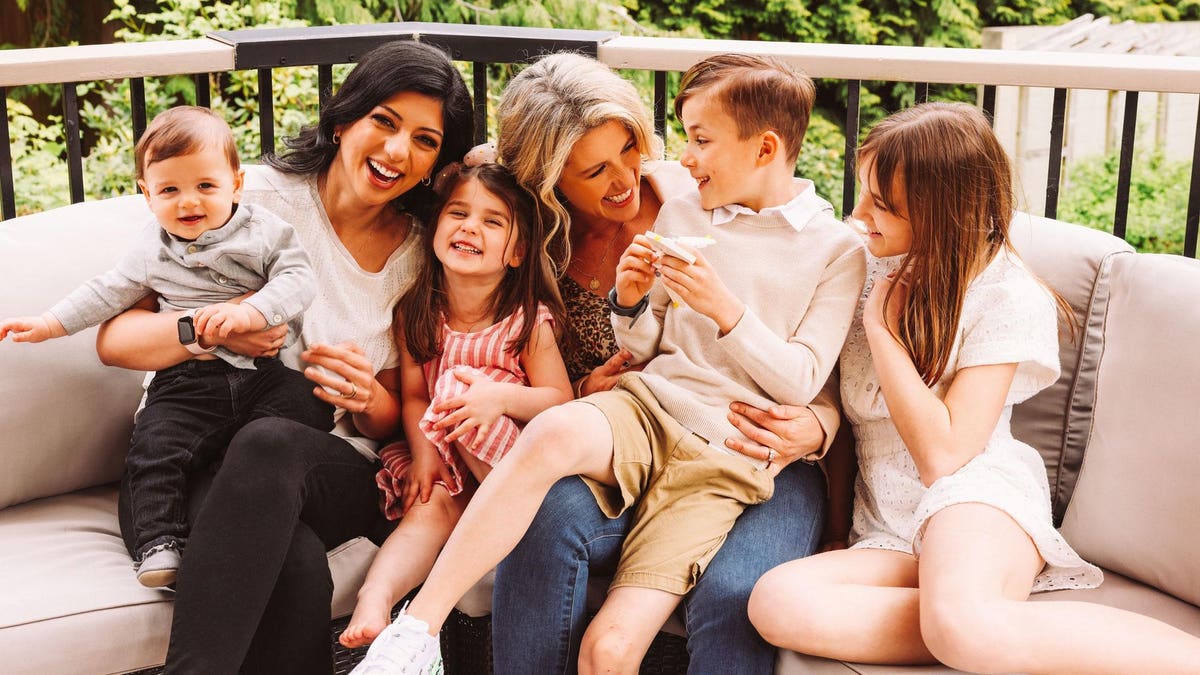 Maybe it’s because I recently dropped off my first of three children to their first year of university schooling. I was feeling nostalgic and a little wistful. I began reflecting. What was it like for my better half—on three different occasions—to go back to work after a year-long maternity leave? The answer she gave was simple: “In hindsight, Dan, it was very, very hard.”

Studies have shown that even though thousands upon thousands of women go on maternity leave each year, less than 1% feel confident returning to work. Moreover, mothers are 8.2 times less likely to receive a promotion vs. women without children and salaries for mothers vs. non-mothers are on average 12% lower.

Enter Maturn, a newly launched Canadian-based company that aims to help women with everything from preparation for maternity leave, childcare planning, postpartum changes, and preparing for the crucial transition back to work. Could my partner ever have used this 17 years ago!

I caught wind of Maturn for two reasons. First, the start-up was co-founded by the indomitable Jen Murtagh, a powerhouse in the Vancouver community of entrepreneurialism and leadership. And second, SAP announced a partnership with Maturn. The lead behind it was Megan Smith, newly minted Vice President and Head of HR at SAP Canada and one incredible people and culture visionary.

Where did the impetus for Maturn start? Murtagh says the company was inspired “by our collective experiences of maternity leave and further informed by extensive research, interviews, focus groups and personal contributions from mothers across Canada.” She discussed the concept of “motherhood penalty” and that there wasn’t a program that thoroughly addressed the off-ramp of women from organizations in and around their maternity leaves.

“For the most part,” said Murtagh, “mothers are just left to figure this out on their own, and it directly impacts how they feel about their career.”

Smith quickly glommed on to the idea of Maturn. As a mother of two and someone who also had to reintroduce herself into the SAP workforce on two separate occasions after maternity leaves, Smith knows firsthand what it’s like.

“As soon as we learned of Maturn, we realized the maternity journey presents a possible barrier to a key population reaching their greatest career potential,” noted Smith. Knowing herself that motherhood is a massive investment for women—be it physically, emotionally, financially—it’s a transformation that often happens right at the point in a woman’s career when they are poised for their most critical career growth.

“Making this connection,” she said, “created the spark that led us to believe we had to partner.”

Maturn comprises of online learning modules, coaching calls and a community group in which participants can share the highs and lows around the maternity leave period. Maturn’s model aligns nicely with my concept of “Pervasive Learning,” where self-development is far richer when offered in formal, informal and social methods.

“One of Maturn’s guiding values is connectedness,” explained co-founder Sonja Baikogli Foley. “Motherhood can be isolating and lonely, and the pandemic has further amplified this. So one of our primary objectives in launching Maturn is to build community and support mothers in a deep and meaningful way.”

Maturn smartly designed the program to include a compassionate container that permits real, raw, and vulnerable conversations about motherhood. These conversations are facilitated through monthly calls and an online community group. “Mothers can share in a safe, respectful and judgement-free zone that normalizes the many transitions, challenges and joyful moments they experience,” said Murtagh.

SAP notes that diversity as a business driver is well-documented and that the company is focusing heavily on creating inclusive career journeys. Said Smith, “It’s not hard to understand how much that the identity shift of having a baby can potentially impact a woman’s energy and ability to navigate a career at the same time. We see this life change for mothers as an area where we can provide improved supports that will directly impact SAP’s ability to attract and retain women and support their incredible career growth at the company.”

As maternity leave ends and mothers look to return to work, the transition can be fraught with fears and unknowns, including decreased confidence, new pressures, and being overwhelmed about managing it all. “As a leader in your organization,” remarked Murtagh, “you have the incredible opportunity to uplift mothers returning from leave, ease the transition and leverage motherhood to build more capable leaders.”

Murtagh’s five key tips for leaders to help mothers as they return from maternity leave are as follows:

If only Maturn were around when my better half was navigating the return-to-work waters after her maternity leaves.

In Photos: Full ‘Hunter’s Moon’ Dazzles Sky-Watchers Around The World