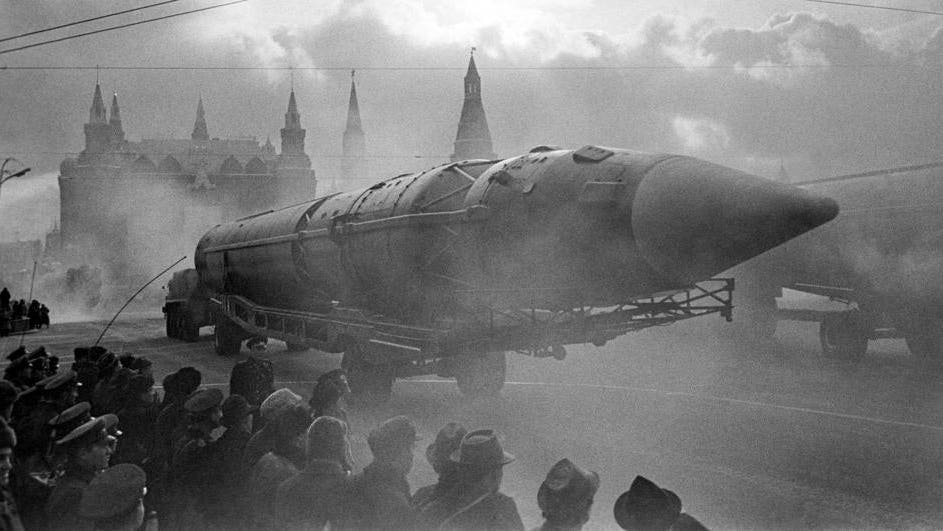 China reportedly has tested an orbital vehicle that, fitted with a nuclear warhead, could strike the United States from the south, effectively evading many of the U.S. military’s early-warning radars.

As its name implies, a FOBS launches like a traditional intercontinental ballistic missile then enters a brief but stable orbit before de-orbiting after just a fraction of a trip around Earth.

Where a traditional ICBM briefly escapes the atmosphere as it predictably arcs toward its target—over the North Pole, in the case of a Soviet or Chinese ICBM heading for the United States—a FOBS actually stays in orbit just long enough that, depending on its trajectory, it can streak toward a target from any of several directions.

As many of the most powerful strategic radars are fixed, and thus point in just one direction, a FOBS has great potential for an atomic sneak-attack. The less warning a target country has of an incoming nuclear strike, the less likely its anti-ballistic-missile defenses are to work.

Thus a FOBS is a kind of strategic remedy to ABM systems. And a daring one, at that. “Wow!” Hans Kristensen, a nuclear expert with the Federation of American Scientists in Washington, D.C., said of the Chinese. “They’re trying it all.”

The FOBS concept isn’t new. The Soviet Union briefly deployed a fractional, orbital nuke through the 1970s. FOBS was destabilizing then and still is destabilizing today. However, it also is a rational response to the United States’ own development of increasingly sophisticated missile-defense systems.

There were hints the Chinese Communist Party had tested something sensitive. The China Academy of Launch Vehicle Technology, which oversees space launches on the Party’s behalf, on July 19 announced it had launched its 77th Long March rocket. On Aug. 24, the academy announced that it had launched the 79th rocket.

The unmentioned 78th launch apparently boosted into low orbit a hypersonic glide vehicle that “circled the globe” before gliding back down to Earth and missing its target by a couple dozen miles, according to Sevastopulo and Hille.

“​​There is a potential for weapons to be launched into space, then go through this old concept from the Cold War called the fractional orbital bombardment system, which is a system that basically goes into orbit and then de-orbits to a target,” Kendall said.

FOBS has a long history. The Soviet Union starting in 1969 fielded a small number of these fractional, orbital missiles. Then, as now, the prospect of American missile-defense systems swatting away normal nuclear-tipped missiles motivated the FOBS deployment.

Early in the nuclear arms race, successive U.S. administrations worked on surface-launched missile systems that could shoot down incoming ICBMs. President Richard Nixon in 1969 finally approved the deployment of the Safeguard ABM system.

Safeguard included two types of nuclear-armed missile-interceptor cued, in succession, by satellites with infrared sensors then north-looking strategic radars and finally a pair of shorter-range radars.

American officials were aware that missile-defenses risked escalating the arms race. Strategic deterrence works when both combatants in a potential nuclear war understand neither side can win—so fighting isn’t really an option.

Deploying missile defenses signals that one side believes it can win and thus might risk a first strike. Why then wouldn’t the other side develop even better offensive missiles?

“Were we to deploy a heavy ABM system throughout the United States, the Soviets would clearly be strongly motivated to increase their offensive capability so as to cancel out our defensive advantage,” said Robert McNamara, secretary of defense for presidents John F. Kennedy and Lyndon Johnson.

In 1975, the U.S. Congress voted to dismantle what was left of Safeguard. Eight years later, following the signing of the Strategic Arms Limitation Talks 2 agreement, Moscow withdrew its FOBS.

Like his predecessors did, President George W. Bush ignored McNamara’s warning when, in 2002, he unilaterally withdrew the United States from the Anti-Ballistic Missile Treaty, which had limited the scope and scale of missile-defenses and provided the foundation for further limits on nukes.

Since Bush’s move, the Pentagon has spent hundreds of billions of dollars developing increasingly sophisticated anti-missile systems, some of which could in theory intercept lower and slower ICBMs, albeit only in very small numbers.

The U.S. mostly deploys its ABM systems in Alaska and Eastern Europe in order to intercept Iranian and North Korean rockets. But the same systems, redeployed to different locations, in theory could slightly reduce the effectiveness of the Russian and Chinese nuclear arsenals as deterrents to America’s own nukes.

And that has motivated Russia and China to develop new nuclear delivery systems. Including, in China’s case, a hypersonic glider that could form the basis of a FOBS. A threat for which United States lacks extensive early-warning capability. “Man, that missile-defense system sure has created a lot of problems!” Kristensen quipped.

It’s an open question how the administration of President Joe Biden might respond to a Chinese FOBS. A rational response would be to end ABM development and negotiate a new treaty banning fractional, orbital nukes.

But the U.S. missile-defense establishment is huge and, for contractors and politicians, highly lucrative. Merely shrinking it would represent a profound, even unprecedented, act of political courage—assuming, that is, that Biden even could halt ABM developments on his own. That’s not at all a safe assumption.

Nor is it a safe assumption that Biden will or could negotiate a new treaty addressing the FOBS problem—and get the closely-divided U.S. Senate to ratify it.

Indeed, thanks in large part to a deep resentment toward any arms-controls on the part of ex-president Donald Trump and his Republican allies in Congress, the United States in recent years has been canceling treaties rather than writing them.

Which could mean that the United States’ only feasible response to a Chinese FOBS would be … to deter it. Possible with more and better nukes. “They’ll have to fall back on deterrence,” Kristensen said of the Americans.

There’s a term for that back-and-forth, escalatory weapons-development. “Arms race.”