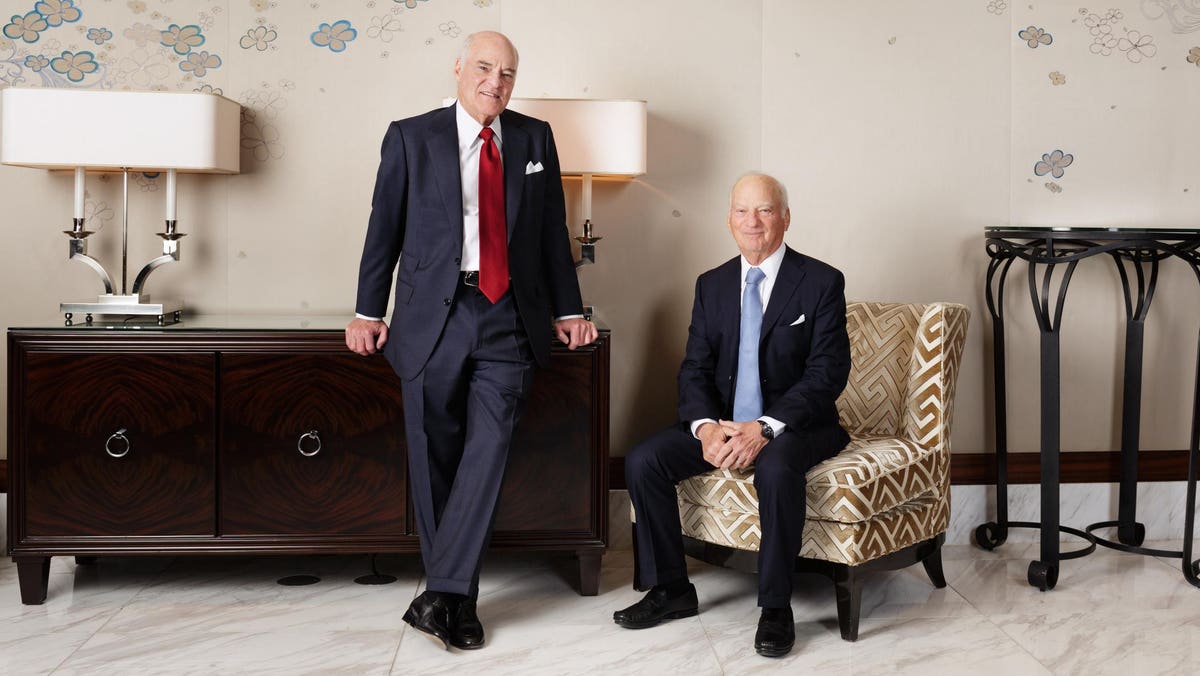 Private equity tycoons George Roberts and Henry Kravis, the cousins whose storied firm KKR led many of the largest leveraged buyouts in history, have stepped down as co-chief executives of the $430 billion-in-assets investment firm they founded roughly 45 years ago, the company announced Monday morning.

Roberts, 78, and Kravis, 77, will remain actively involved as executive co-chairs of KKR’s board of directors, KKR announced Monday morning.

KKR has tapped its former co-presidents Joe Bae and Scott Nuttall, who both joined the firm in 1996, as the new co-chief executives.

In a joint statement, Kravis and Roberts said they “could not be more excited about this moment in time,” and praised Bae and Nuttall for their “significant role” in “shaping the firm, its culture and… market leading businesses” over the past two and a half decades.

The company also announced Roberts and Kravis would cede their voting control of the firm by the end of 2026.

Shares of KKR ticked up 1% in pre-market trading hours on Monday and have surged nearly 81% over the past year, helping the company amass a market capitalization of more than $56 billion.

“Whether reflecting on the business, our mission or the team that undertakes it, we are proud of what we have built to support companies and serve our clients over the last four and a half decades,” Roberts and Kravis said Monday.

Kravis and Roberts were pioneers of leveraged buyouts, founding KKR in 1976 alongside former Bear Stearns colleague Jerome Kohlberg with $120,000 in capital. After striking deals for AutoZone, Motel 6, Owens-Illinois, Safeway and RJR Nabisco, they ended the 1980s as the controversial face of the industry. As of this year, KKR’s more than 100 portfolio companies generate about $244 billion in annual revenues, making it one of the top five private equity companies in the world.

Roberts and Kravis are worth about $9.1 billion and $8.7 billion, respectively, making them among the 100 richest people in the United States.

Gentlemen At The Gate: With Trillions Pouring In, KKR And Its Peers Must Build Up Rather Than Break Up (Forbes)

The Barbarian Evolution: How Billionaires Henry Kravis And George Roberts Turned $120,000 Into A $200 Billion Powerhouse (Forbes)

30 Rock's Stars Share All In This Fun Oral History