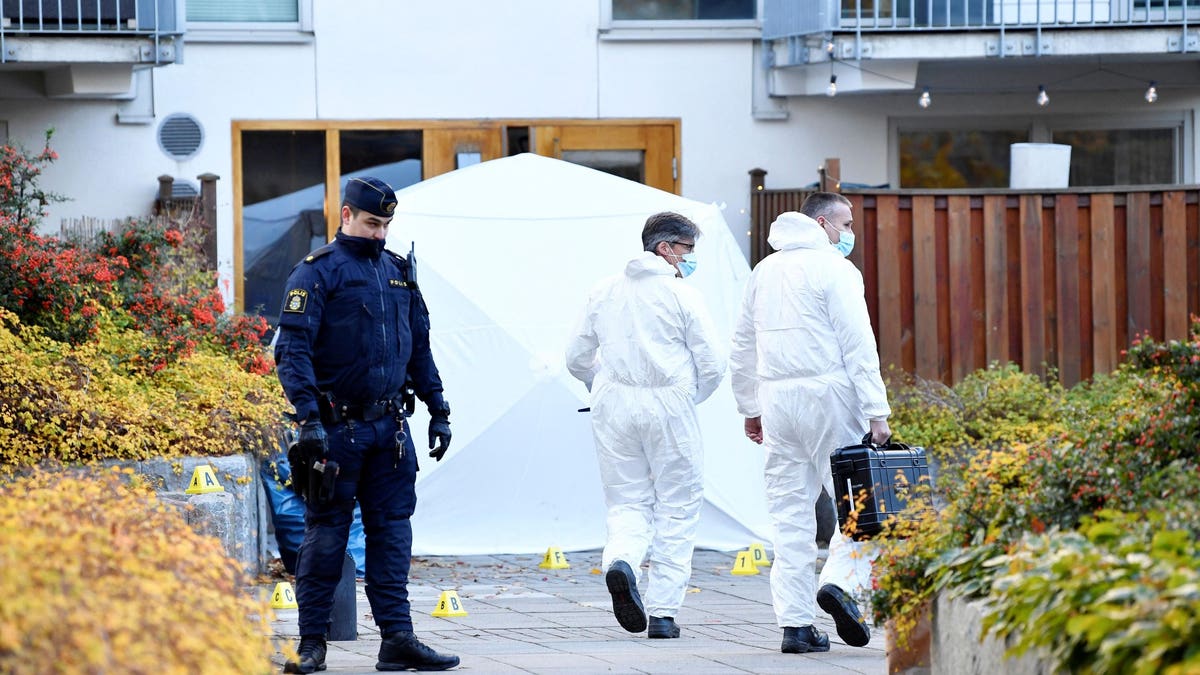 A famous Swedish teenage rapper Einar was shot several times and killed in a suburb of Stockholm late Thursday according to multiple reports, in what a Swedish public broadcaster linked to gang activity as that country grapples with intensified gang violence.

The 19-year-old rapper, whose full name is Nils Kurt Erik Einar Gronberg, had the most number of streaming on Spotify in Sweden two years ago, according to AFP.

Swedish police were searching for at least two suspects involved in Einar’s death, and it was unclear what triggered the shooting, according to the Associated Press.

The rapper had received threats before the killing, the Associated Press said based on Swedish newspaper Aftonbladet’s reporting.

Rappers, including one of Sweden’s most popular artists, Yasin Byn, who is associated with a gang, had kidnapped Einar last year, according to Reuters.

Einar was kidnapped, beaten, robbed and blackmailed last year, according to Swedish prosecutors, AFP reported. Einar’s rival rapper Yasin Byn and another artist Haval Khalil, with whom Einar had public feuds, and others involved in the kidnapping were sentenced to prison, according to Reuters. The incident was reportedly connected to a criminal network involving 30 suspects. Earlier this month, Swedish authorities had arrested Einar for a stabbing incident at a restaurant in Stockholm, according to AFP.

4 in 1 million. That’s the ratio of people killed in gun violence in Sweden, according to a report by the Swedish National Council for Crime Prevention, the Guardian reported. The figure is more than double the average ratio of deaths stemming from shootings in 22 European countries the report analyzed. The report attributed Sweden’s high rate of gun violence to organized criminal gang activities. Since deadly shootings took off in Sweden in 2000, that country now has one of the highest rates of gun violence in Europe from having one of the lowest. According to Bloomberg, fatal shootings in most of Europe have declined in the past ten years.

Einar debuted at the age of 16, sharing his music on social media. He rose to stardom in 2019 with the release of “Katten i trakten,” according to Reuters. He won several Swedish Grammys, among other music awards. His songs often depicted criminal activities in southern Stockholm, where he grew up, according to AFP.

Why Italy Just Fined Apple, Of All Companies, Over Privacy

Why Italy Just Fined Apple, Of All Companies, Over Privacy