Watch the Detroit Lions @ the Green Bay Packers as both teams look for their first victory of the season in Monday Night Football live on Sky Sports NFL from 1.15am in the early hours of Tuesday morning.

A locker room notices when a personality as infectious as that of Jamaal Williams disappears, but on Monday night friendships will be put to one side when Aaron Jones and the Green Bay Packers come up against their former teammate-turned-division rival.

Williams returns to Lambeau Field as a Packers opponent for the first time since signing a two-year contract with the Detroit Lions in free agency this past offseason.

The running back arrived in Green Bay alongside Jones in 2017 as a fourth-round pick out of BYU, with the pair becoming neighbours in the same apartment complex before moving into the same duplexes as close friends off the field while asserting themselves as key dual-threat components to the Packers offense.

“I really appreciated Jamaal, he was not only my team-mate, he’s like a brother,” Jones told reporters. “We became brothers over that time and he’s been there for me through a lot and just helped me develop as a player, helped me develop my game and push me so that’s something we would do every time we stepped on the field, try to push each other.

“It’s going to be a little different, I’m used to his locker being next to mine, him suiting up in the green and yellow. Seeing him in a blue jersey will be different.”

Williams rushed for 1,985 yards and 10 touchdowns as well as making 122 catches for 961 yards and eight scores in 60 games (20 starts) across four seasons with the Packers. Both he and Jones had been poised to enter free agency at the end of last year, Green Bay handing the latter a new four-year, $48m deal while turning to 2020 second-round pick AJ Dillon as his backup.

It may no longer be his own back yard, but Williams did not rule out producing another ‘Lambeau Leap’ should he find the end zone.

“I’m excited to play,” he said. “It’ll be great to see my boys, team-mates that I’ve just grown to love over the years. But this is different. I’m on the other side, so I gotta go out there and play for my Lions first.

“Then after the game we can chit-chat.”

Williams rushed for 54 yards and a touchdown in addition to making eight catches for 56 yards in Detroit’s Week One defeat to the San Francisco 49ers. 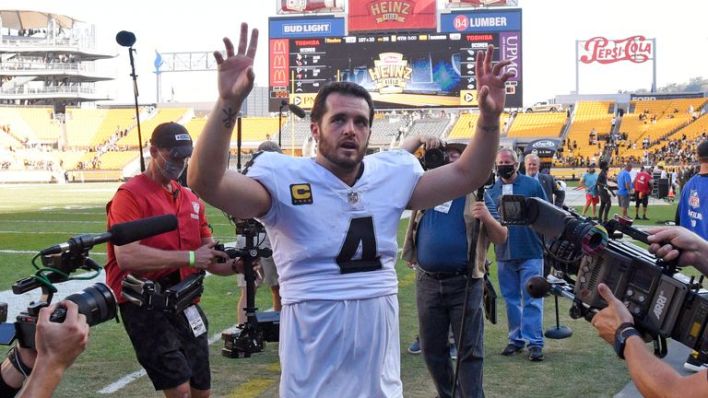 The Packers are meanwhile looking for a significant increase in production out of the backfield after managing just 43 total rushing yards in their 38-3 loss to the New Orleans Saints.

Dillon led the team with 19 yards from four carries followed by seventh-round rookie Kylin Hill with 14 yards and Jones’ nine yards from five attempts apiece. Aaron Rodgers similarly struggled through the air as he finished 15 of 28 for 133 yards and two interceptions.

“I’m not going to make it bigger than it was,” Rodgers told the media this week. “I’ll let you guys (in the media) and the outside world do that. We’ve won a lot of games around here. We’ve lost a few, but you move on.

“Doesn’t matter if you play incredible and put up 50 or get blown out. You move on to the next opponent. If we’re starting to freak out after one week, we’re in big trouble.”

“He’ll be a first-ballot Hall of Famer,” Oruwariye said. A great quarterback who can make all the throws, really controls that offense. But this game is about us. It’s about a mentality we come with, the physicality we bring.”

The Lions were the only team to allow more points than the Packers in the opening week of the season having ranked last in points per game, yards per game and yards per play allowed in 2020.

Green Bay face their own questions on defense after outside linebacker Za’Darius Smith was placed on injured reserve with a back injury that had been troubling him throughout training camp.

The absence of Smith, who has 26 sacks over the last two seasons, puts the onus on Preston Smith and 2019 first-round outside linebacker Rashan Gary to create pressure on Jared Goff off the edge.

“Just the energy Z brings and the leadership he brings for as a unit and team,” said Gary when asked what the team would be losing in Smith. “He’s a high motive, high energy guy and everybody feeds off him so everybody is going to miss his energy. We also know we hold ourselves to certain standards so energy cannot fall, everybody has the mindset.”

“Rashan definitely brings a lot of energy and a lot of juice every time we step out on that field and I think that he is still a young player but he’s got his own way of leading and he’s a lead by example type of guy,” said LaFleur. “He puts in the work, he gives great effort, you can always feel his energy each and every day and we’re lucky to have a guy like that.”

Watch the Lions at the Packers as both teams look for their first victory of the season in Monday Night Football live on Sky Sports NFL from 1.15am in the early hours of Tuesday morning.

For the latest news, features and interviews, stay across skysports.com/nfl and on follow us on Twitter @SkySportsNFL.