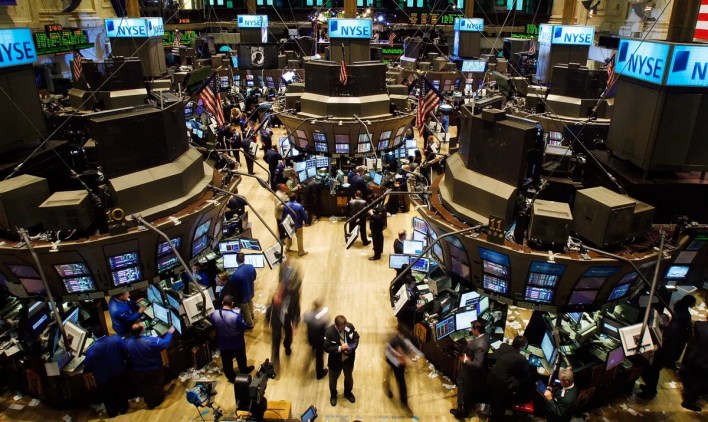 The stock market endured some heavy selling early in the week, as the mixed close on Monday led to an afternoon plunge on Tuesday. The Nasdaq Composite closed Tuesday down 2.8%. There were clear technical signs before Tuesday’s higher open that the correction was not over. The sharp increase in yields was another catalyst. The percentage declines in the market averages on Tuesday were the worst since March and May.

The stock market attempted to stabilize again on Wednesday, but the S&P 500 lost another 1.2% on Thursday to have the first lower monthly close since January. Even the 1.1% rebound on Friday could not offset the losses from early in the week.

For the month, the damage was the largest for the Dow Jones Utility Average, which was down 6.5% but the Nasdaq 100 along with the Dow Jones Transportation Average were not far behind down 5.9% and 5.6% respectively.

All of the markets were lower for the month, with IWM holding up the best, down just 2.7%. The news from Merck about its new pill to treat COVID-19, the temporary stop-gap bill to keep the government going through December 3, and positive economic data fueled a 1.07% gain in the S&P 500 on Friday.

The Friday rally did improve the short-term outlook, as the Spyder Trust (SPY) made a new correction low at $427.23 before closing at $434.25. The 100-day moving average at $432.09 was violated during the week, while the 20-day exponential moving average (EMA), now declining at $439.62, represents the first resistance. There is more important resistance at $444.89, which was the swing high from September 23.

The daily S&P 500 Advance/Decline Line violated its uptrend (line b) on September 17, which confirmed the downtrend. The A/D line is still below its EMA, but did not drop below the September 21 low during last week’s trading, thus forming a potential positive divergence (line c). The daily NYSE Stocks Only A/D line shows a more pronounced divergence (line e). It would need to move above the downtrend (line d) to signal that the correction is over.

What about the intermediate trend? A clear majority of the weekly advance/decline lines are negative after last week’s action. The Invesco QQQ Trust (QQQ) had a low last week of $354.38 as it reached the support (line a) from the February and April highs. There is additional support at $349.36 (line b). The close was below the October monthly pivot at $365.90 with the S1 at $349.22.

In September, the Energy Select sector was the only one of the eleven S&P sectors to close higher. The next best performer was the Financial Sector Select (XLF), which was down 1.8%. My regular monthly stock scan did not reveal many stocks with positive monthly momentum. I have selected just one stock from the energy sector.

The monthly relative performance (RS) closed in September above its slightly rising WMA. It was up 8.5% for the month, versus the 4.9% decline in the S&P 500. The weekly RS (not shown) is stronger, supporting the case the BKR is now a market leader.

The volume increased in September, and the On Balance Volume (OBV) has closed above its WMA. The OBV needs to overcome the downtrend (line b) to indicate stronger buying.

The seasonal trend for the S&P 500 reveals that after an initial low in early October the S&P can stabilize for a week of more before making its final low towards the end of the month. The A/D indicators and volume indicators are needed to confirm the seasonal tendencies, which are based on data going back to 1928.

Friday’s economic data revealed that Consumer Sentiment is trying to stabilize after its recent sharp decline. The ISM Manufacturing Index was also better than expected, and Thursday’s Chicago PMI held firm. This week we have Factory Orders, closing out with the monthly jobs report on Friday.

The short-term outlook improved with Friday’s rally and it suggests that stocks may move higher this week as long as the overseas markets hold firm on Monday. The stock market risk was lowered further by last week’s decline, but it continues to be a mixed market. A cautious approach is still favored for most until there are strong signs that the correction is over