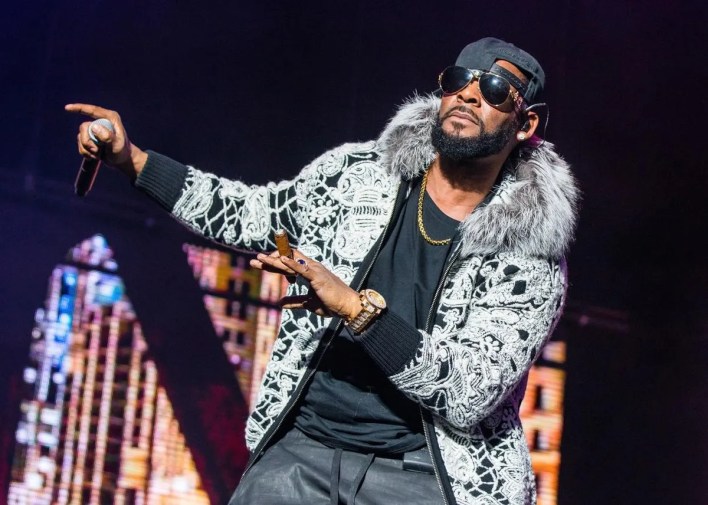 After days of deliberation, jurors in the R. Kelly trial have determined his fate and found him guilty of all six charges in a New York federal court earlier on Monday. The R&B singer was found guilty of bribery, forced labor, kidnapping, exploitation of a child, racketeering involving six alleged victims, and sexual trafficking across state lines. The trial was filled with high emotion and graphic and disturbing testimony from Kelly’s accusers. But while making closing arguments last week, the singer’s attorney argued that “kinky sex” is not a crime and compared Kelly to Civil Rights leader and activist Dr. Martin Luther King Jr. Over the weekend, many came forward to criticize Kelly’s defense team for victim-blaming and minimizing the sexual abuse claims that Kelly’s accusers made. While there’s no doubt that this was a contentious trial, many are asking why it took so long for the cries of Black women and girls to be heard about the abuse they endured by Mr. Kelly and the need to start taking the experiences of young Black girls seriously.

After six weeks of testimony from former employees, expert witnesses, and accusers — Grammy award-winning singer, R. Kelly, whose real name is Robert Sylvester Kelly — was found guilty on Monday of six changes. The racketeering charge placed him at the head of a sex ring that used his fame to lure people into becoming potential victims. Kelly, 54, plead not guilty to all charges. The prosecution dominated the majority of the trial, which included riveting and emotional testimony from 45 witnesses. Of the 45 witnesses, 11 were his accusers – 6 of which were underage when they began having sexual interactions with R. Kelly. Although he has not yet been sentenced, Kelly faces ten years to life.

The singer’s defense lawyer, Deveraux Cannick, faced harsh criticism after he painted Kelly’s accusers as opportunists and lairs during his closing statement last Thursday. In particular, he called one of Kelly’s accusers a “super stalker” and a “super hustler.” The comments were just two of many that rubbed the public the wrong way, and some argued that Cannick’s closing arguments were a classic case of victim-blaming. But this is not Kelly’s first time at the rodeo, so to speak. There’s a long history of women who have come forward to share their experiences of sexual abuse at the hands of Kelly – stories that were strikingly similar to those shared during the trial.

During the trial, some might have been surprised to learn about Mr. Kelly’s sexual relationship with the late R&B singer Aaliyah who was 15 years old, and Kelly, 27 years old, when the two married in 1994. The marriage was widely speculated about by fans and those in the R&B community for years. It was a secret that was not so secret that the public rarely spoke about it. From that point, Kelly’s history of sexual abuse and exploitation of men and women both of age and underage continued and even grew momentum. Over the years, R. Kelly faced a revolving door of accusations that included leading a “sex cult” and being charged twice with making child pornography.

However, it was not until Surviving R. Kelly aired — a 2019 documentary that brought national attention to the singer’s long and twisted history of abuse — when formal federal charges were made against Kelly that would not be later dropped. In the documentary, witnesses recalled R. Kelly frequently visiting Kenwood High School, a local high school in his hometown of Chicago, Illinois, looking for young high school students to solicit sexual relationships.

The history of sexual abuse allegations against Kelly spans almost three decades. Yet, he earned tens of millions of dollars during that time, released over 20 albums, and was nominated for over 20 Grammys and won 3. But, how? Some argue that R. Kelly hid in plain sight, calling himself the pied piper — a fictional character who lured and kidnapped children with his flute –by praying on Black women, men, and children. But this argument might not be too far-fetched.

Almost half of U.S. sex trafficking victims are Black girls, and it’s reported that approximately 60% of Black girls are sexually assaulted before they turn 18, making them more vulnerable to sexual predators. But R. Kelly is not alone. There are thousands of sex trafficking rings throughout the country. Some are run to fulfill personal fetish desires such as Kelly’s, and others are run on a much larger scale. One such case was a club promoter and DJ who trafficked Black women out of a nightclub and in various Louisiana hotels, who evaded police for years. Once he was caught — despite some of the victims being as young as 13 years old — some media and law enforcement referred to the victims in the operation as being complicit and “consensual.” The victims’ exploitation and abuse were virtually dismissed, and they remained unnamed characters in a sensationalized story about sex trafficking.

These comments are similar to how Kelly’s defense team described his accusers and attempted to deflect blame onto the very people who Kelly sexually abused. This is not just an underhanded and vile tactic for lawyers to win cases. Victim blaming feeds into a more significant cultural issue in which sexual abuse is minimized, and perpetrators are then exonerated from any wrongdoing. Perhaps, because Black women and girls are a member of two marginalized groups, sexual predators know that there is a good chance that their abuse will go unnoticed and that their accusations will more than likely not be taken seriously. Similar to how decades of allegations against R. Kelly were overlooked and silenced.