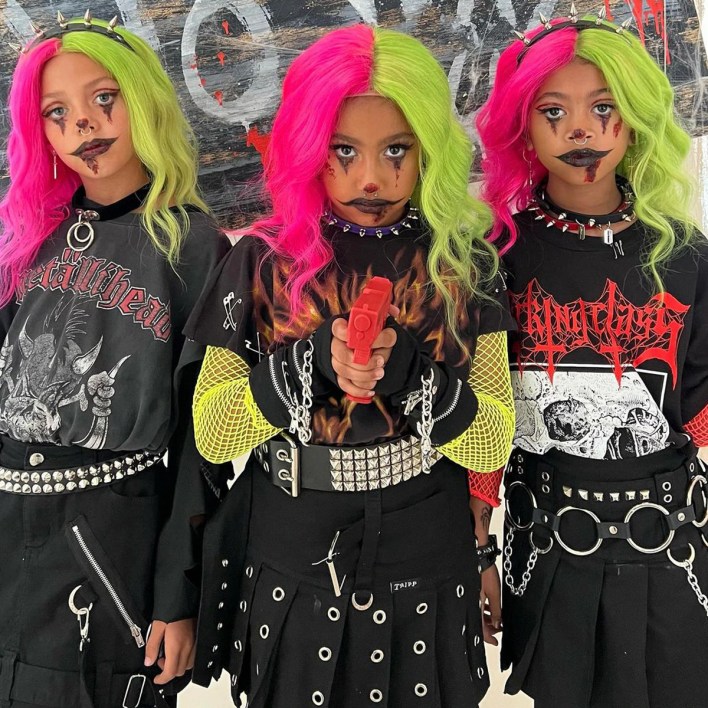 Kim Kardashian has previously made it clear that daughter North West has a goth streak in her, and so there’s no better time to celebrate it than Halloween.

On Sunday, Oct. 31, Tracy Romulus, Kim’s longtime friend and the chief marketing officer of her KKW Brands, shared a carousel of Halloween pics to Instagram of her own daughter Ryan Romulus, along with North and the girls’ friend Haidyn.

Last month, Kim offered insight into her 8-year-old daughter’s personality when she told Ellen DeGeneres about North, “She puts fake tattoos on her face, and she listens to Black Sabbath, and she’s just like a full goth girl.” Along with North, Kim and ex Kanye West share children Saint West, 5, Chicago West, 3, Psalm West, 2.