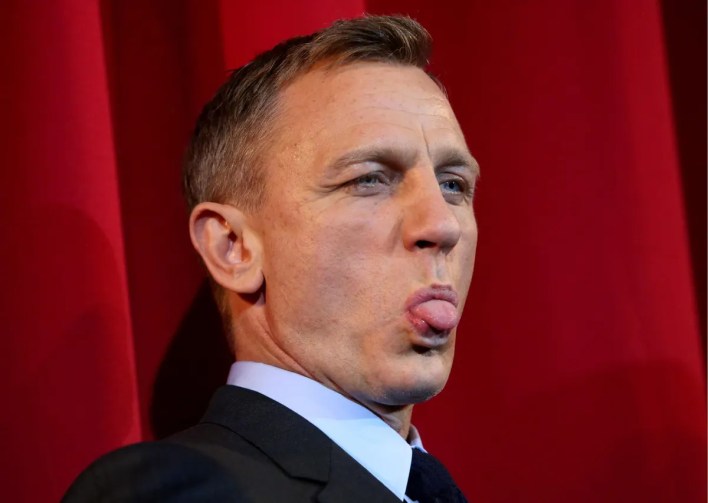 In addition to being licensed to kill or be killed, James Bond has regularly been seen in the iconic film series with a variety of gadgets and gizmos. In the more recent films that has often been the most up-to-date smartphone. Yet, while Bond may text, he’s never shown to be much for social media. We certainly don’t see Bond checking in with friends on Facebook such as Honey Rider, Sylvia Trench or Pussy Galore – and Bond never tweeted about Ernst Stavro Blofeld or Spectre.

It seems that Daniel Craig, the actor who has played Bond since 2006’s Casino Royale, has even less interest in social media. The 53-year-old actor said in an interview with Sorted magazine, “I can categorically state that I won’t be going on social media ever in my life.”

In other words, finding Craig on Twitter, Facebook or Instagram may be as challenging as following some of the plots of the recent Bond films. By avoiding social media, Craig said he is simply trying to keep a low profile – unlike the suave superspy he portrays on the big screen.

“It’s not that I dislike people,” Craig added. “It’s more that I just want to have a private life like everyone else who isn’t in the public eye. I don’t get why people want to speak to me or get me to go out with them or anything, anyway. I’m relatively boring and I like my own space.”

While many celebrities may be quite active and even vocal on social media, Craig has said that isn’t him. He maintains he isn’t the type that courts publicity or who has loads of celebrity friends.

“I prefer to keep the close friends that I have and have had for some time,” the Wirral-born actor actor. “We all have jobs and mine just happens to be one where people know where I am, and I have a very public image.”

Today, Craig has successfully branched out into other films, but he’ll forever be one of the handful of actors to play 007. Yet, he wasn’t as universally accepted as Bond, unlike his predecessors including Sean Connery, Roger Moore, Pierce Brosnan and even Timothy Dalton. While filming was underway for Casino Royale, there were multiple Internet campaigns that urged other Bond fans to even boycott the movie. And that could impact his decision for privacy.

“Work-life balance is important even for someone who plays a superspy and wants to unplug and take a break,” said brand marketing and social media pundit Scott Steinberg. “In today’s increasingly celebrity-driven world, all too often privacy goes by the wayside. So it isn’t surprising that he wants a bit more privacy.”

However, not every celebrity may have the luxury of tuning out – or in this case never tuning in to – social media.

“For an established actor like Daniel Craig social media backlash, especially when he’s not on it, is like a tree that falls over in the middle of nowhere,” explained technology industry analyst Roger Entner of Recon Analytics.

“If he doesn’t hear it, did it really happen? Another example for that is David Chappelle,” said Entner. “The waves of criticism against him broke like thunderous waves against light tower and left him largely unmoved.”

Yet, for those actors and comedians coming up today – those who haven’t reached true “celebrity” status, they may have to maintain a presence on social media.

“The smaller the celebrity the more important is social media as it can definitely make a nobody into a somebody. The approval and disapproval of the most vocal part of the social media community her can make or break these minor celebrities,” added Entner.

“Celebrities can’t live without it,” suggested Steinberg. “It is an essential way to connect and engage with the fan base, but also to energize that base. Social media is also increasingly a barometer to determine your success. But when you’re a big star and are on the cover of magazines and have a blockbuster film – like Craig – social media can be more muted.”

China’s Space Mining Industry Is Prepping For Launch – But What About The US?

Four Weeks Of Paid Leave Is Embarrassing, But It Is Still A Start