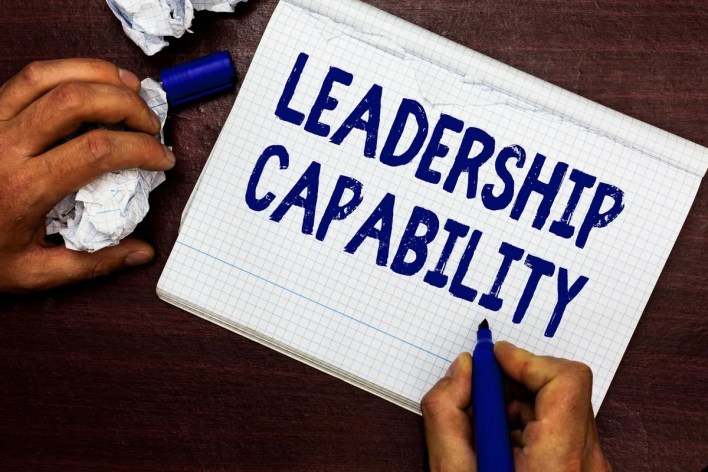 According to a Gallup Poll, a staggering 70% of American workers (85% worldwide) hate their jobs, usually because of their bosses. Could you be among the huge number of business leaders who need to clean up their act? You spend more time at your job—as much as one third of your days according to some sources—than just about any other place on earth. And if you’re miserable, it can take a tremendous toll on your life as well as the employees who work under your supervision. To avoid falling victim to “The Great Resignation,” business leaders across all industries have been encouraged to revamp and transform their traditional work structures and leadership styles.

A new study of 1,000 American employees released on October 14, 2021 by Ernst & Young (EY), revealed that 54% of workers left a previous job because their boss wasn’t empathetic to their struggles at work, and 49% said employers were unsympathetic to their personal lives. The survey concluded that empathetic leadership could be the secret sauce to retaining and finding employees in the face of the hiring crisis.

Why does empathy pack such a powerful punch? It’s simple science. The ability to suspend your own point of view and temporarily take up residence in an employee’s perspective neutralizes negative reactions. It liberates you from your own narrow thoughts and snap judgments, sheds a different light on your employee’s perspective and softens how you respond to disputes, conflicts and financial and mental health needs of workers, clearing the way for more equitable feedback and solutions.

Here’s how it works. Imagine you’re having dinner with someone special in an expensive restaurant with candlelight, soft music and intimate conversation. Your server is invasive, impatient and short tempered. How would you feel? Most people would say annoyed or angry. Then the manager informs you that the server’s little boy was killed in a car wreck that she’s a single mom and has to work. Now how would you feel? Most people would say empathetic. What changed? She’s still behaving the same. But something inside you switched from anger to empathy because you automatically put yourself in her place. Chances are you feel kinder, and your actions toward her are positive despite her unprofessional behavior. Your empathy might even change your decision-making process. You might leave her a generous tip despite the poor service.

The 2021 EY Empathy in Business Survey tracks how empathy affects leaders, employees and innovation in the workplace. Employees feel that the companies they work for are talking the talk, but not necessarily walking the walk, when it comes to empathy and support in the workplace. Key findings from employee feedback include:

Employees describe an empathetic leader as someone who is transparent and fair and follows through on actions. The top five qualities employees look for in an empathetic senior leader are:

“As a result of the Covid-19 pandemic, leaders are working to establish business transformation models to adapt in the new normal,” said Steve Payne, EY Americas Vice Chair of Consulting. “Our research finds that empathy is not only a nice-to-have, but the glue and accelerant for business transformation in the next era of business. Empathy’s ability to create a culture of trust and innovation is unmatched, and this previously overlooked trait must be at the forefront of businesses across all industries.”

According to the survey, a lack of empathy in the workplace has caused many employees to leave their jobs, which is a possible contributor to this year’s so-called “Great Resignation.” Over half (58%) of employees have previously left a job because they didn’t feel valued by their boss, and nearly half (48%) have left a job because they didn’t feel like they belonged. The difficulty of connecting with colleagues has resulted in more than a third (37%) of employees leaving their organization.

Benefits To Leading With Empathy

Beyond improving employee satisfaction and decreasing turnover rates, there are tangible business benefits to prioritizing empathy in the workplace. According to the survey, benefits are plenty, since employees agree that mutual empathy between leaders and employees increases:

Looking Ahead: Empathy In 2021 And Beyond

Unquestionably, the Covid-19 pandemic has resulted in myriad personal and professional challenges, and the ability to have honest conversations in the workplace is crucial. More than eight in ten (85%) employees say that it’s important for organizations to cultivate a climate in which diverse perspectives are valued. However, about a third (30%) of employees are not comfortable advocating for cultural changes within their organization, and one-in-four (26%) do not feel comfortable raising ethical concerns.

Top initiatives that would help employees feel more comfortable having open discussions with a boss include:

● Providing opportunities to give anonymous feedback (42%)

● Participating in training/communication workshops about having open discussions (36%)

According to Payne, “The ability to connect with employees and provide a supportive work environment is more important than ever. Organizations and leaders must prioritize empathy to foster innovation, inspire growth and successfully lead business transformation efforts.”