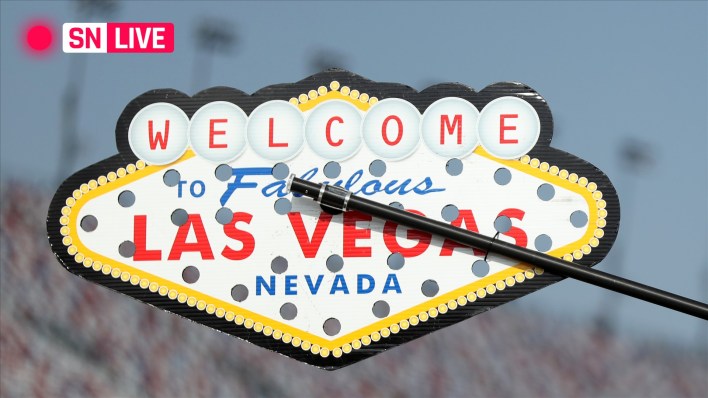 The first of three races in the playoffs Round of 12 kicks off Sunday night at Las Vegas Motor Speedway. Polesitter Kyle Larson (3,059 points) enters the race with a 30-point lead in the playoff standings over Martin Truex Jr. (3,029).

Larson is the most recent winner in Vegas, having won the Pennzoil 400 in March, but Joey Logano should also be coming into the race with confidence. He won the race in 2019 and 2020.

A win by a playoff driver in this race will guarantee him a spot in the Round of 8, but placing highly in this race will be critical to the playoff hopes of all 12 drivers with a challenging race at Talladega Superspeedway next week.

Sporting News is tracking live updates and lap-by-lap highlights from NASCAR’s race at Las Vegas on Sunday night. Follow below for complete results from the South Point 400.

6:30 p.m.: A couple of milestones for the Busch brothers. Kurt Busch is starting race No. 750 of his NASCAR Cup Series career and Kyle Busch racing in No. 600.

Desert heat will be the biggest weather concern for drivers and teams on Sunday. The National Weather Service’s Sunday forecast for Las Vegas is for sunny skies and a high temperature in the low 90s. Skies will remain clear Sunday night with a low in the high 60s. The race is scheduled to begin in the late afternoon and end after sunset Pacific time.

Kyle Larson leads the playoff points standings as the Round of 12 begins. He’s 30 points clear of second-place driver Martin Truex Jr. Tied for third are Denny Hamlin and Ryan Blaney, another five points back.

On the other end are the drivers below the Round of 8 cut line: Joey Logano, Brad Keselowski, Christopher Bell and Kevin Harvick. Logano is just one point behind eighth-place driver William Byron, however.