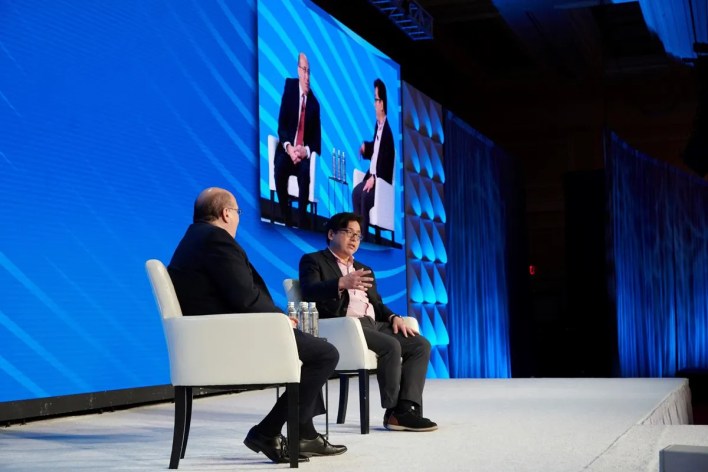 Thomas Lee, managing partner and head of research at Fundstrat Global Advisors, told the crowd at the Forbes/SHOOK Top Advisor Summit in Las Vegas that a 17-year bull market is possible as the millennial generation ages into its economic peak in 2038, the year his models show that generation will reach that income height in their 40s.

Contradicting some speakers from earlier in the day, including Jeremy Siegel of Wharton, Lee sees the current inflation in the market as temporary and doesn’t see it derailing his rosy outlook. However, he does see political instability in the U.S. and what he called a “war” that is underway between the U.S. and Russia and China as threats to derail long term growth, increasing the importance of cyber and military security.

Before cofounding Fundstrat in 2014, Lee spent 15 years at JPMorgan Chase , serving as chief equity strategist for seven years. He was also a managing director at Salomon Smith Barney and started his career at Oppenheimer and Kidder Peabody.

Having the economy and markets chiefly powered by an ascendant generation spotlights a disconnect, according to Lee, with advisors and their clients largely between 40 and 60 years old but the economy being driven by consumers between ages 20 and 40.

“So there is a really big cognitive disconnect between how we all see markets and how the economy really runs and I am conscious of that,” Lee told the conference crowd at the Encore at Wynn Las Vegas hotel. “You need to remember that when you look at stocks and cryptocurrency to try to do it through the eyes of someone in their 20s.”

Demographics are a large part of what Lee sees as important economic factor as younger generations increase their buying power, accumulate income and are on the receiving end of the largest wealth transfer in history which is up to 10% of GDP annually and will hit a staggering total of $70 trillion by time it is completed in 2042, according to Cerulli Associates.

A global labor shortage is also grabbing Lee’s attention as he sees a shift from China being the center of labor with a growing population over the last few decades giving way to a future where automation is the major labor supply and largely produced in the U.S.

Down 34% Last Month, Should You Buy BioNTech Stock For Near-Term Gains?

Down 34% Last Month, Should You Buy BioNTech Stock For Near-Term Gains?