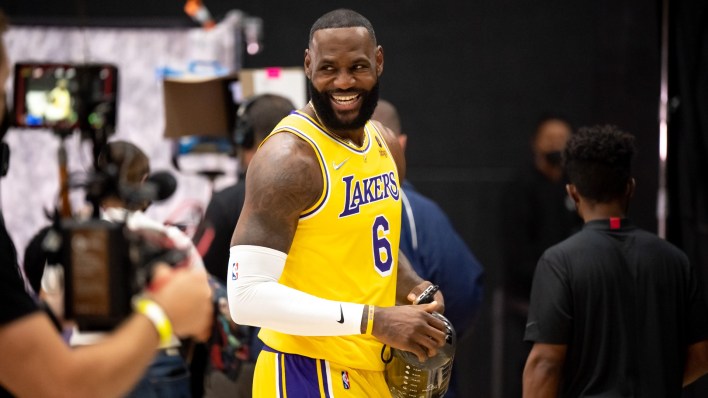 LeBron James is the NBA’s highest-earning player for the 2021-22 season, taking out the No.1 spot for a record eighth consecutive year.

James tops Forbes’ list of highest-paid NBA players, with the Los Angeles Lakers star set to earn $111.2 million, with $41.2 million coming from his NBA salary and $70 million from his various off-the-court ventures.

The 36-year-old makes $32 million of that from his lucrative deal with Nike, a ‘skin’ in the popular video game Fortnite and a recent investment with home fitness company Tonal.

James also starred in Space Jam: A New Legacy, which made $161 million at the box office, which was produced by his media and entertainment company ‘The SpringHill Company’. According to Forbes, James and his business partner Maverick Carter recently sold a minority stake in the company to a group of investors, including RedBird Capital Partners, Fenway Sports Group, Nike and Epic Games at a valuation of about $725 million.

Golden State Warriors guard Stephen Curry is the second-highest-paid player on the NBA list at $92.8 million, while Brooklyn Nets star Kevin Durant comes in at third with $87.9 million.

‘No messing!’ Will this tournament change boxing?

‘No messing!’ Will this tournament change boxing?