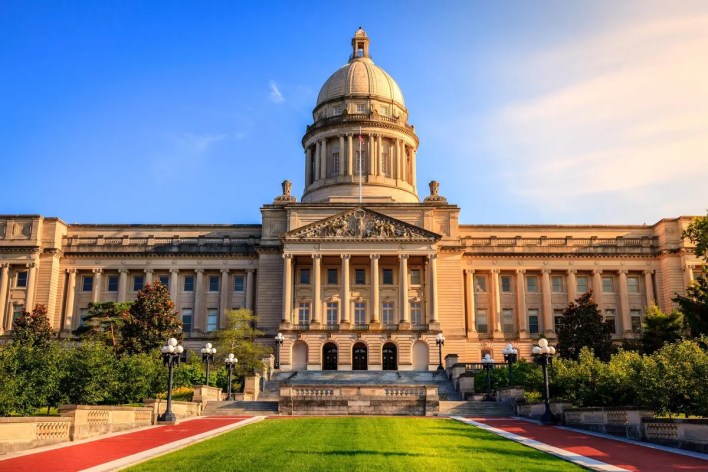 Kentucky State University (KSU) will require a bailout from the state in order to stay open through the end of the academic year. The only public Historically Black College and University (HBCU) in Kentucky, KSU made its case for additional funds to state lawmakers at a budget hearing last Friday,

“We are confident we’re going to be able to make it to January. We believe we can make it through April,” Kentucky State CFO Gregory Rush told the legislators, according to reporting by the Associated Press.

The university’s acknowledgment of its financial plight is just the latest in a series of revelations that have rocked the institution, located in Kentucky’s capital of Frankfort.

In August, Kentucky State announced that it owed about $13 million in pending, past due or unpaid invoices along with other contractual obligations. That report came after the resignations of several KSU officials the month before, including two members of its Board of Regents (one of those Board members later rescinded his resignation). They had stepped down only days before the resignation of the university’s president, M. Christopher Brown.

Brown, who had been hired by KSU in 2017, resigned at a Board meeting where the regents also voted to hire an external auditor to review the university’s finances. He had been under fire for other reasons, including several lawsuits filed against KSU or Brown himself. Brown had previously been president of Alcorn State University, a post he left in 2013 amid concerns about spending irregularities.

After Brown stepped down, Kentucky Governor Andy Beshear ordered an independent review of KSU’s finances and asked the Kentucky Council on Postsecondary Education (CPE) to “provide guidance and oversight during the review.” Beshear’s executive order required KSU to turn over relevant records to the CPE and mandated that KSU develop a management and improvement plan to be monitored by the CPE.

At that time, CPE President Aaron Thompson said that the Council was “poised and ready to provide our assistance to the leadership of Kentucky State University as they move forward. KSU is vitally important to our higher education landscape as our state’s only public historically Black university, and as such, we are committed to its unequivocal success. While we’ve been monitoring recent developments, our next step is to gather necessary information so we can provide as much assistance as possible.”

KSU now has a new acting president – Clara Ross Stamps (formerly its senior vice president for brand identity and university relations) – at the helm in addition to a new chief financial officer – Gregory Rush, who was also appointed in July.

With an annual budget of about $50 million and state appropriations of roughly $25 million, Kentucky State has recently taken on a major capital project – a 400-bed dormitory and dining hall structured as a public-private venture with a price tag in excess of $50 million. That burden will add more drag to an already precarious financial position.

According to Rush, KSU’s expenses have exceeded its approved budget for the last three years. In addition, cash and cash equivalents have plummeted from about $20 million to $4 million, and assets vs. liabilities have seen a reversal of about $30 million since 2016.

Student debt to the university is another reason for KSU’s problems. “I’ll be perfectly honest, I think part of the issue over the past three years, or four years is that we have not had a full student body that has satisfied their balances,” Rush told the legislators at Friday’s budget hearing. “Part of the reason our enrollment declined just a bit this year is we began enforcing that this fall.” KSU has announced that it also will use some of its federal coronavirus relief funds to pay down tuition and fees that it’s owed.

Citing KSU’s low graduation rate and costs per full-time student, Kentucky legislators appeared skeptical about the school’s viability, while at the same time acknowledging its historical and cultural importance. State Senate budget chairman Chris McDaniel was quoted as saying,“So the financial case to be made is that there should not be a Kentucky State. That we should give these kids full tuition, send them to University of Kentucky, send them to University of Louisville, but there are larger cultural implications at play as well.”

I expect the Kentucky’s General Assembly will appropriate additional funds to KSU in the state’s budget for next year. Whether that bailout is enough to stabilize the ship for the long haul is another matter.

NVIDIA Broadens Focus On Women In STEM At GTC

NVIDIA Broadens Focus On Women In STEM At GTC