11 years after he released his stunning debut solo album Queen Of Denmark, John Grant is back to his brilliant best with his fifth studio album, Boy From Michigan. It’s been nearly three years since John Grant’s last studio album, Love Is Magic, and you can hear in the lyrics and the phrasing on John’s latest album that the impact of those three years has certainly found it’s way onto the record. Boy From Michigan is a twelve song album that delivers Grant’s wry wit, unflinching honesty and theatrical melodrama perfectly. 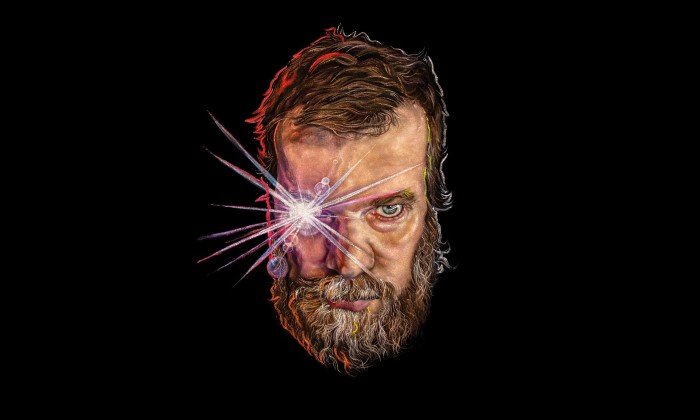 Where Love Is Magic was almost optimist and light at times, Boy From Michigan is somewhat of a return to the norm for John Grant. That’s not to say that there are not moments of amusement and joy, more that John’s perspective seems to have shifted to capture memories and melancholy more acutely. The closest song that John Grant delivers to the lighter tracks on Love Is Magic, like Preppy Boy or He’s Got His Mother’s Hips, is on his Sparks/Disco fusion single, Rhetorical Figure. The succinct retro synth track, John’s shortest on the album at 3m59s, is the most up-beat and up-tempo track on his new record.

Rhetorical Figure, the third single lifted from Boy From Michigan, is definitely more immediate and commercial than many of the other 11 songs on the new album but it is by no means representative, the only other track that comes even close to it’s 80’s synth pop leanings is Best In Me. The remainder of the album has far more subtle arrangements to compliment Grant’s considered and crafted compositions. Much of the rest of the record is very reflective and balladic in nature, JG’s forte. Grant’s latest single, Billy, captures the essence of the album. It’s a beautiful song that requires little enhancement to the piano lead score. The inspired use of the clarinet adds another dimension as John sings softly of his love for Billy… “I saw you walking in, And immediately, fell victim to your, Tractor-beam-like grin.”

John Grant has been joined by Cate Le Bon on his new record. Le Bon has done a superb job with her production on Boy From Michigan and brought the very best out of the supremely talented singer-songwriter. Where both have combined to the greatest effect is arguably not on any of the singles to date. Whilst Only Baby, Boy From Michigan, Rhetorical Figure and Billy have all highlighted Grant’s ability to craft and deliver diverse and always interesting, very often educational, songs they are not the best the album has to offer.

The album starts with what Grant has described as his “Michigan Trilogy”, the album’s title track, County Fair and The Rusty Ball. All three tracks combine Grant’s great ability to craft and shape a song. There is always plenty of detail as John builds the storyline, introduces and develops characters and draws you in. On County Fair he shares familiar rides; The Zipper, The Matterhorn and The Double Ferris Wheel whilst Cindy takes him through the fair as he gazes longingly at the cotton candy. He puts you in his world and lets you live it. The darker menace of The Rusty Bull is similarly set, as Grant sets a scene, imparts his story and carefully adds every detail you need to keep you engaged. When The Rusty Bull breaks into the up lifting and harmonic chorus it brings forth one of the many highlights to be found on the album.

John Grant is almost unique in the way he can craft a song that is at times both traumatic and blackly comic. His observational details are captured and conveyed in a way that only he can. (You could also be excused for thinking that there are more medical conditions mentioned on a John Grant album than in some episodes of House).

Mike and Julie and The Cruise Room, two more slower, reflective tracks are where Grant shares some memories from his teen years and about his first sexual encounters. “Mike was the first guy I had sex with. He went to our church and was my best friend for years but I was never once able to talk to him about what happened between us” Grant has said. The Cruise Room takes us to the “just f**king gorgeous” Art Deco bar at Denver’s Oxford Hotel. The hazy piano soundtrack plays out below Grant’s most soulful vocal performance as he reminisces over things he was yet to know and you can’t help but be blown away.

Boy From Michigan was made in the midst of a global pandemic, and during the US presidential elections, and both have undoubtedly contributed to the mood on John Grant’s latest album. JG’s take on the American dream, his brutal honesty about his own life and his own particular perspective on so many more topics are all brought to vivid life through 12 incredible tracks that make for one cracking album.

20 Gifts for Men That He Won’t Want to Return

20 Gifts for Men That He Won’t Want to Return