Batsman comes in to replace opener KL Rahul, who is ruled out after straining his left thigh; Ajinkya Rahane leads India in the absence of Virat Kohli, who is rested along with Rohit Sharma, Rishabh Pant, Jasprit Bumrah, Mohammad Shami; Black Caps without Devon Conway and Trent Boult

Shreyas Iyer will make his Test debut for India in the first Test against New Zealand in Kanpur after opener KL Rahul was ruled out with a thigh strain.

Iyer, 26, has 22 ODI and 32 T20 international caps to his name and now gets his chance in the five-day format under the captaincy of Ajinkya Rahane as Virat Kohli has decided to sit out the opening game of the series.

“Shreyas is going to make his debut,” Rahane confirmed ahead of the match, which gets underway on Sky Sports Cricket from 3.50am on Thursday. 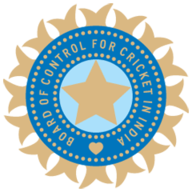 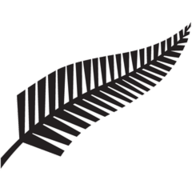 “Unfortunately, KL is injured, he is not going to be part of the test team for next two matches. It’s obviously a big blow.

“He was in good form, played well in the T20s. We will miss him. But we have guys who can do the job, guys who have done well for us in the past and are experienced.”

The hosts have yet to finalise their team but Rahane, 33, stressed that home advantage on spinning pitches could be key.

“We are backing our bowlers to take 20 wickets on spin-friendly pitches,” he said. “At the same time, it will be good to bat on.

“That is a challenge as a batter, to play at the highest level you have to adapt to the situations, conditions and then once you are set, try and get a big one.”

New Zealand have arrived in India with three frontline spinners in their ranks – the left arm duo of Mitchell Santner and Ajaz Patel, plus off-spinner Will Somerville.

The Black Caps will be without Devon Conway, who injured himself in the T20 World Cup, and fast bowler Trent Boult, who has been rested for the Test series.

Watch the first Test between India and New Zealand live on Sky Sports Cricket from 3.50am on Thursday.

Bryson DeChambeau vs. Brooks Koepka feud timeline: How it started in 2019 and snowballed to 'The Match'