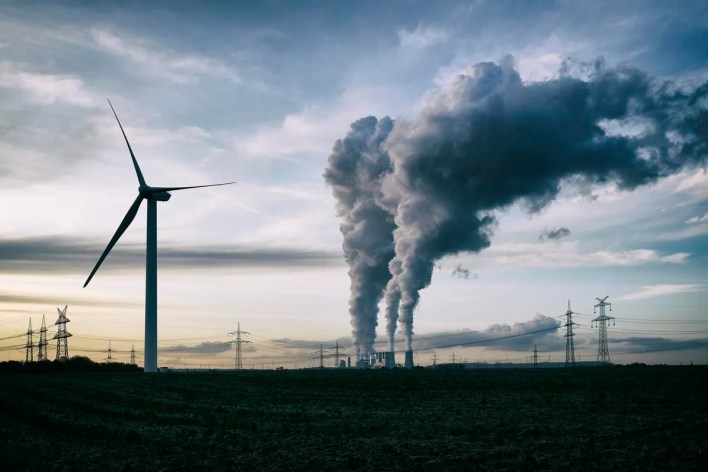 With COP26 looming and a global gas shortage in full force, the bumpy road towards a sustainable energy future is front and center in the news. In the UK, right-leaning politicians are blaming over-reliance on renewable energy. But another “solution” has been on the lips of many of all pollical persuasions: hydrogen. The latest ruse is that carbon capture will enable this new savior of our climate. But the reality is not as green as proponents claim.

It’s surprising to hear so many namedrop hydrogen in discussions of the current gas shortage issues, when nearly all current hydrogen is made from natural gas. So it’s not going to help with that problem at all. As I’ve argued in the past, hydrogen is currently not very green. The vast majority is “grey” or even “black”, which means it has been made from natural gas or even coal. The hydrogen itself may be zero-emissions when used, but its production will have created as much CO2 as fossil fuels before that. This is because grey and black hydrogen ARE fossil fuels, or at least created using them. Every ton of H2 produced generates 9-12 tons of CO2.

This is where the blue hydrogen idea comes in. This is a process whereby the CO2 produced when generating hydrogen is captured and buried, or even used for something else. There are huge debates about this going on at the moment, starting with whether it really works at all considering the failures of some of the biggest projects such as Chevron’s Gorgon project in Western Australia, the largest one in the world. This was supposed to bury 80% of the CO2 from gas wells in Western Australia over 5 years, but hasn’t even achieved half that, and doesn’t do anything for the gases burnt to liquify output for export.

Even if the Chevron project had managed 80% capture, BloombergNEF founder Michael Liebreich has argued it isn’t enough, and neither would 90% be either. At a 90% capture rate, every ton of blue hydrogen would still produce about a ton of CO2. Translating this into accessible car terms, the world record for “hypermiling” a Toyota Mirai hydrogen fuel cell EV is 623 miles from 5.6kg of hydrogen. That is 111 miles per kg. With 90% capture blue hydrogen, that equates to a very impressive 5.6g/km of CO2, 15 times less than a Toyota Yaris hybrid (although that doesn’t take into account the CO2 produced when creating its fossil fuel).

There are a couple of problems with blue hydrogen, though. The first is “fugitive emissions”, where some of the natural gas (methane) escapes into the air, and methane is 84 times worse for the greenhouse effect than CO2. The second one is the inefficiency of the capture process itself, although there are ways this could be better. The 90% figure is not zero emissions, whereas anything running on pure electricity could still achieve that with an entirely renewable grid.

Of course, until that 100% renewable grid arrives, battery-electric vehicles have their own “well to wheel” problems as well. Let’s put aside the vehicle production emissions for another time, and just consider the energy production used by propulsion. While a BEV is itself zero emissions, of course the electricity you put into it won’t be. The CO2 emissions of grids vary a lot, even within countries, with Vermont in the USA using much more renewable energy than Texas, for example. China’s grid is particularly polluting. So blue hydrogen would be a marked emissions improvement there as a source of energy for transportation.

Who Gains Most From Carbon Capture?

But you do have to ask who really would benefit from blue hydrogen in the long run. For existing hydrogen use cases, it’s clearly better than grey or black hydrogen. As an alternative for things where electricity can be used directly, it’s much more questionable, even in China, which could invest in renewable electricity generation and a greener grid rather than carbon capture. Overall, beyond replacing “dirty” grey and black hydrogen, the benefits appear to be more for the incumbent fossil fuel companies that produce the raw gases used to make blue hydrogen, rather than the environment. The truly green version of hydrogen, produced via electrolysis, cuts the oil and gas industry out of the picture as much as battery-electric vehicles, so they are pushing the cost benefits of blue hydrogen instead.

It’s easy to fall into the territory of conspiracy theories in this age of ubiquitous social media, but it would also not be an exaggeration to argue that vested interests in the fossil fuel industry are waging an increasingly vicious battle against electric vehicles, with blue hydrogen their latest counter argument. Chevron CEO Mike Wirth has even declared we should just plant trees to combat the climate crisis, and some are arguing for “direct air capture of CO2” as a way to allow the continued use of fossil fuels. After all, if trees can do it, why can’t we? But with current technology, this would consume almost as much energy to achieve as that produced by all the fossil fuel power generation it is meant to clean up.

However, BP in contrast is investing hugely in transitioning itself to an renewables company, presumably seeing that fighting for the continued dominance of fossil fuels will be a losing battle. BP also owns the largest charging network in the UK, although it has come under some criticism for the patchy reliability of that network. Shell has invested heavily in charging network ownership too, buying the NewMotion network in 2017 and Ubitricity in the UK at the beginning of 2021.

It’s very dangerous to propose just one technology to solve the climate crisis. We need a blend. Blue and green hydrogen have their places, but they are not a panacea that fixes all problems just as battery-electric vehicles won’t solve every transportation need either. What we really need, though, is politicians who understand the technology adequately to focus investment on the right technologies for the right applications. Otherwise, we will see money wasted on wild goose chases that don’t have the results we need to save the environment. Carbon capture could easily be one of those goose chases, when a greater number of more diverse renewable energy sources, with a concomitant reduction in fossil fuel use, could be a much more effective – and real – route to reduced carbon emissions.