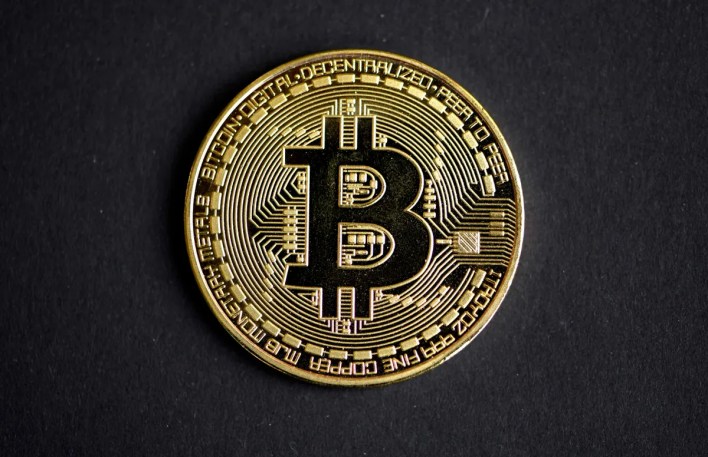 The world’s most prominent digital currency may experience sharp volatility over the next few months, according to a proprietary model created by technical analyst Jack F. Cahn.

Technical Event Model (TEM), which he developed in-house and measures extremes in sentiment, is a price-based macro filter that helps algorithmic trading programs predict when market dynamics are about to change and what to expect.

The model, which was designed to be direction-neutral, indicates whether the market is about to break into a new trend or has entered a period of panic buying or selling.

[Ed note: Investing in cryptocoins or tokens is highly speculative and the market is largely unregulated. Anyone considering it should be prepared to lose their entire investment.]

Recently, Cahn wrote that the TEM “suggests a range expansion in October/November.”

More specifically, the technical analyst indicated that his model “is suggesting a monthly range expansion of 20k for Oct and or Nov.”

It might take place “from the open of the month to the close of the month, maybe faster, but the risk is 20k,” Cahn added.

“Based on the volatility model (TEM), it’s set up for a range expansion on the monthly and weekly bar. So from the Oct. open to the close should be a range month, opening near its high and closing out near its low,” he stated.

Several analysts provided their assessments of this model.

“After reading the Recaps of Volatility Reports beginning 9/27/2018 to 9/27/21, I believe CT’s TEM is an interesting approach to take in efforts of explaining bear/bull behavior,” said Andrew Rossow, an internet and technology attorney.

“Keeping in mind that the TEM is just an expression of CT’s opinion based on their own sources, I find that analysis to be interesting and not ‘outlandish,’” he stated.

“In my opinion, it seems to be one of the more realistic explanations / analyses I’ve come across since the notion of FOMO and emotional investment/panic came into existence with digital currency,” said Rossow.

Collin Plume, CEO and founder of My Digital Money, provided a different point of view.

“TEM, as with many other charts being used to predict crypto market direction, is highly reactive rather than predictive,” he stated.

“It looks for patterns and assumes its applicability to future crypto developments. It misses the intangibles, events that are really dictating the price of crypto,” said Plume.

“Bitcoin’s dips and spikes have been dictated by retail reaction to certain events. The biggest influencers are mainstream development,” he stated.

“Jack Dorsey declared Bitcoin the future and PayPal bought into Bitcoin,” which coincided with upward movements in the price.

Plume added further detail, predicting that without any important developments, bitcoin will trade between its 200-day moving average (MA) and 20-day MA, which are $43,000 and $47,000, respectively.

“I think Bitcoin will stay within this range until China makes a decision on Evergrande,” he stated.

“If China bails out Evergrande, it will most likely reclaim $50K and it will be a slow and bumpy ride back to $60k,” said Plume.

“However, this trend will be broken if another major event happens that could trigger retail investors to either panic sell or panic buy.”

Rossow offered a different take on the markets, forecasting that bitcoin will continue to experience the kind of expansion detailed by Cahn “over the next few months.”

“With the SEC calling for more resources to better grasp the nature of the cryptocurrency industry in combination with institutional investors finally accepting that having a trusted and secure custodian for their digital assets to be the next step in providing global financial accessibility, it’s not outlandish to think that Bitcoin and crypto have the very real potential to continue this type of growth into the next two months,” he added.

While Cahn’s model merely pointed to bitcoin experiencing substantial volatility in the coming months, without specifying whether that would be to the upside or downside, Rossow was speaking to his view that bitcoin prices will likely move higher during that time.

“This is an institutional class and if regulators are willing to entertain serious conversations around Bitcoin and its utility in every industry, we can only expect to see increased growth,” he said.

“The projection here isn’t surprising given Bitcoin’s historic performance in October and November.”

“If Bitcoin ends September above the $40K – $42K range, we are likely to see some bullish relief in October,” he said.

“However, the extent of this projected price action is also likely to be impacted by wider macro factors, such economic policy changes and such.”

Disclosure: I own some bitcoin, bitcoin cash, litecoin, ether and EOS.

'Not enough South Asian coaches at top end of game'