After Dallon Weekes and Ryan Seaman of I Don’t Know How But They Found Me (iDKHOW) released their debut EP 1981 Extended Play back in 2018, we had quite a strong idea about what to expect for their debut album Razzmatazz. We are pleased to see that we haven’t been entirely disappointed, and even more pleased to see how their sound has elevated into this multi-layered new wave juggernaut that never strays too much into the territory of their respective former bands: Panic! At The Disco and Falling In Reverse. 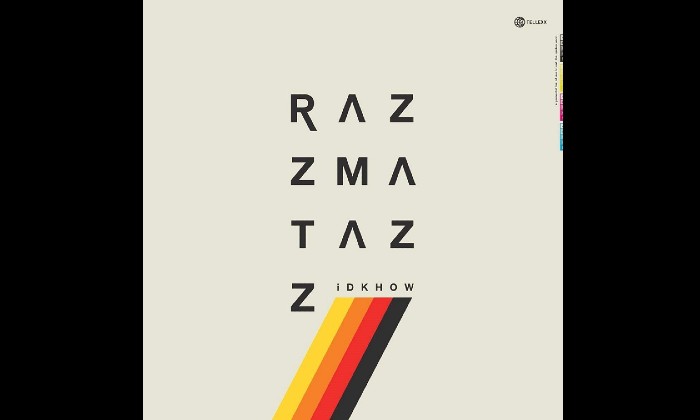 In fact, iDKHOW feels more like a tribute to mid-2000s indie artists like The Killers, Franz Ferdinand and even Muse, while simultaneously echoing the 70s and 80s sentiments of David Bowie and Queen.

Leave Me Alone makes for a rather perfect album opener; 80s synths blend seamlessly into an upbeat disco rhythm and it’s the perfect introduction to Dallon Weekes’ funky vocals that will be consistently full of surprises as the album progresses.

The dramatic Mad IQs maintains that dynamic energy before they pull-out a splendid tongue-in-cheek number entitled Nobody Likes The Opening Band. We’re feeling a very Robbie Williams vibe on the vocals of this piano-led, baroque-pop number and lyrically we are happy to see a band that are all about having fun.

From The Gallows is a similarly schmaltzy lounge number, undercut by various surprises; it’s occasionally reminiscent of Queen, with an inexplicable romantic lament from a Stephen Hawking-esque voice mid-track, and a saxophone solo to boot. There’s a lot going on here, but who are we to tell iDKHOW to strip it back a bit?

After a soaring psychedelic number that is Clusterhug – a sometimes cloyingly sweet love song – a real album highlight comes with the synth-laden Sugar Pills. It’s a campy new wave anthem that oozes sex appeal and really screams what iDKHOW are all about.

iDKHOW take it down a notch for the remainder of the album; there’s a little vibe of The Cure (Wish era) on Kiss Goodnight, uplifting twinkly synths on Lights Go Down, and a lullaby quality to Need You Here.

However, after the short and melancholic Door, Razzmatazz ends on a powerful note with the title track, Razzmatazz. It’s a bit of a rock number with the aftertaste of everything else we’ve heard, and it’s probably the song that echoes Panic! At The Disco the most – not that we were looking for that.

iDKHOW are unapologetically flamboyant throughout this hook-laden and totally over-the-top release. Pleasantly jazz-tinged and sometimes eerily vaudevillian, it was always going to be hard to pigeonhole a band like this. But perhaps for now we don’t need to.

20 Gifts for Kids of Every Age