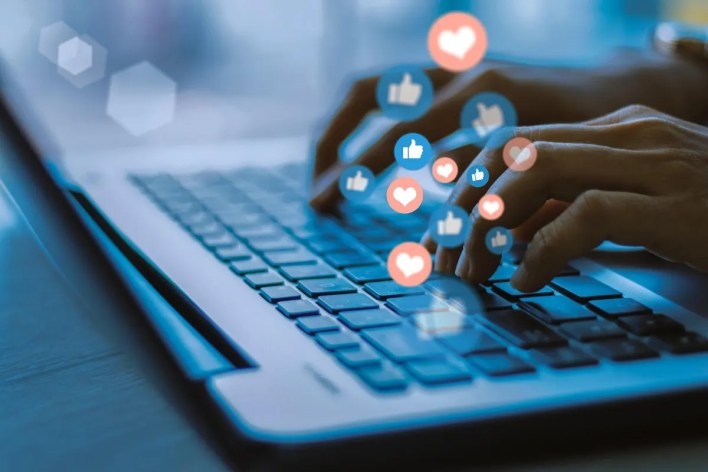 Human resource (HR) departments play a vital role when it comes to cultivating policies and practices that sustain organizations and institutions. When having conversations about workplace diversity, equity, and inclusion, interrogating the role that HR plays is crucial. Policies and practices must continuously be assessed to ensure they are inclusive and equitable to all employees—it is far too easy to miss the mark. Namitha Jacob is a learning advisor, organizational facilitator, and executive coach who found herself navigating an HR oversight firsthand. On LinkedIn, Namitha shared a post of her recent experience with a policy that was not designed with her particular family structure in mind; the post has since gone viral. Namitha sat down with Forbes to discuss what prompted her to write the post, what companies can do to create more inclusive policies, and how employees can advocate for change.

Janice Gassam Asare: I stumbled upon you because of a [LinkedIn] post that was actually sent to me by a close friend of mine. Upon reading the post, I found that there was a lot in what you shared that was absolutely spot on. So, do you want to share a little bit about your experience and what made you decide to create the post? I’m assuming, I don’t know what exactly viral is on LinkedIn, but I feel like this post is viral. So, what went into your decision to make this post on LinkedIn? Could share a little bit about your experiences for the Forbes readers?

Namitha Jacob: Sure…so I wrote a post recently on LinkedIn because my eldest uncle had passed away, and I took some time off so that I could attend his funeral and be there with my family and be there with my cousins. So, when I was billing my code sheets, I was looking for the code to actually input to allocate those hours…I was asking about the bereavement leave policy. My supervisor sent it over to me and the policy listed a pretty…extensive list of people that were included, including stepsister, steps siblings. So, there was ways that I felt like it tried to be inclusive, but it didn’t reflect my experience at all. Because…in Indian American culture, actually divorce is really rare. People are more often going to be in a marriage that they’re not truly happy in rather than get divorced, it’s just the way it is.

And so, I saw many facets of family represented, but I didn’t see uncles or aunts represented. And to me in my family, I mean, my uncles and aunts are absolutely my immediate family. We all kind of grew up in this culture together. We all entered America at the same time. We lived in the same homes for a very long time. So, they were almost like second parents to me. And so, I thought it was strange that it wasn’t included. I communicated that to my supervisor, that it wasn’t included…and so I felt like it was worth at least consideration of inclusion into a newer revised policy. And I will say that they took that, they immediately approved the leave and then they revised the policy. And they even told me later that they were going to hire a DEI consultant to come in and do an audit of HR policies to make sure that they are more inclusive and they do represent families of all types…so I decided to post this on LinkedIn. It just became kind of, it went out of control basically. And so, I got, even when I looked just a second ago, it was at over two and a half million views, over 45,000 reactions. I mean, there’s plenty of people talking in the comments section about how they want to revise their company policies to make sure that it’s more inclusive…it’s taken off in a form of a chain reaction. Now there’s talking about more than just bereavement leave. They’re talking about leave for miscarriages, and parental leave, and paternity leave and maternity leave even for adopted children. And there’s a lot of ways that I think there have been oversights and blind spots in HR policies, and I think this conversation is actually shedding light on ways we can be more inclusive to it.

Asare: That is amazing. I’m glad that your post, which I’m sure when you went into posting it, you just thought you wanted to share your experiences and you didn’t know that it would take on this life of its own. And I’m so glad that it has gone viral. And you spoke about this a little bit as far as what your company sees as the sort of solution for this particular issue, but could you speak a little bit more to what you think companies can do to make sure that their HR policies are inclusive of people of different backgrounds, and ethnicities and cultures?

Jacob: Yeah. I mean, I think there’s a lot that companies can do. I think the first thing is [employees] having a pretty open relationship with your supervisor to be able to communicate, [being able to say] ‘look, this doesn’t reflect my situation’, or ‘I don’t really think this is very fair or equitable to people like me.’ And seeing what they can do within their power to try and make some changes. I’m seeing in the [comments section] too, and people are messaging about it, which is really powerful, but I’ve heard from people who have said that they are working for companies on a specific type of visa. And so even though they have felt as though they don’t fit within their HR policies, especially bereavement leave, they don’t have the power to voice their opinions. And so, because of the kind of hold of being employed by somebody who actually holds your visa, that can be really limit your ability to speak up and your ability to share your own wants and desires for what you think a company should be able to provide for you.

I think that a lot of people have spoken to me about how it’s so important for people of all different types to be sitting at the table when constructing policies like this. I think that my company made a great attempt at trying to be extremely inclusive, but there obviously will be blind spots, because there probably is no way to cover every type of family that exists. What I’ve seen some companies do to basically be the safest and protect the most amount of people is to offer unlimited PTO. I know that that’s not feasible in many industries, but the ability to trust your employees to take leave when they need to take leave and to still complete their work and meet their responsibilities says a lot about a company. And so, I would say that’s probably the most ideal situation that a company could probably offer their employees. But I think that reviewing policies periodically to make sure that they still fit, that they still meet the needs of their employees and they still reflect the needs of their staff too…does it reflect the diversity of the staff that they employ? I think that’s important as well.

Asare: Absolutely. And in the beginning, you spoke to the process that you went through when you were requesting the leave and you discovered hey, this doesn’t include or is not inclusive of my particular family structure. How would you suggest employees go about bringing those sorts of things to their company’s attention? If they are ever in a situation where they find that, hey, my company’s parental leave policy doesn’t or is not inclusive of my type of family structure, how do you think people can go about bringing that to their leadership’s attention?

Jacob: Sure. Yeah. Well, I think firstly, probably my advice to HR professionals is to add a line in the policy that says, these policies are meant to be a guide that we will try to enforce, but obviously every situation is different. And if you feel as though your situation is not equitably reflected in this policy, then let us know, we can talk about it. We can negotiate that. I think that’s important for people to understand that it doesn’t have to be one size fit all. I think it’s important for companies to recognize that as well.

In terms of advice for actual people who are experiencing some inequities in their HR policies, might be just to be able to empower yourself to understand that you are not limited to the status quo. We are in an evolving society, especially right now. There are people open to change and people are open to listening. And so, I feel like the main thing is to empower yourself to feel like you can spark some change. I was shocked at the comments section to see some HR professionals commenting, ‘wow, I didn’t consider this. This is something that I’m definitely going to bring up to my boss, my CEO.’ And then their CEO responds saying, ‘I’m listening, let’s definitely make those changes.’ And so, I think if it took one small LinkedIn post to try and create this movement, then I think that there’s a lot that can be done very easily by people.

Asare: I love that. And then the last thing that I wanted to ask you is, and you may say LinkedIn or social media, but what do you think is the most powerful way that people can create small changes, not just in their workplace, but in everyone’s circle and sphere of influence?

Jacob: Yeah, that’s a tough one…I think a lot of people, especially people that come from my situation, first-generation immigrants, who feel as though they have to fit within American culture in order to fit in, but they don’t understand that actually we are American culture. First-generation Americans are Americans just as much as people who have been here for many generations. And so, I think part of that is to not feel like you have to use safe terminology that protects people. You can communicate about the things that you’re seeing in exactly the way that you’re experiencing them. Your lived experience counts for something very valid. And…I hope that people would empower themselves to speak up.

This interview has been lightly edited for clarity and brevity.

Biden Cancelled $1.5 Billion Of Student Debt For Borrowers, But You Can Still Apply Now