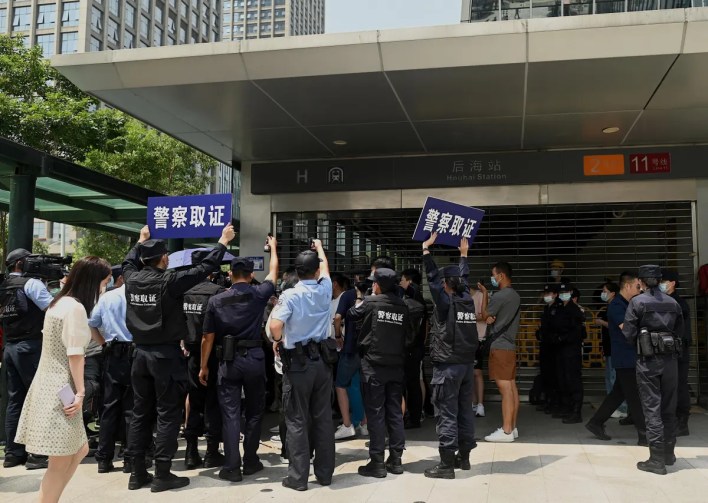 China Evergrande Group, the world’s most indebted developer, lost another 3.5% to HK$2.22. Its shares have dropped 88% from a recent peak in January, spawning protests from individuals demanding debt repayment and erasing much of the fortune its billionaire chairman Hui Ka Yin.  S&P this week warned of default on debt due this week.

A number of financial institutions with ties to Guangdong Province where Evergrande is based continued to fall.  Among them, government-backed insurer Ping An lost 3.3% to HK$49.65; its shares have now declined by half from a recent high of HK$103.10 in January. China Merchants Bank fell another 1.7% to HK$56.50.

Macau casino stocks hammered earlier this month on concerns about new government regulations in connect with license renews for Macau operators gained. Among them, Sands China a subsidiary of Las Vegas Sands, rose by 4.5% to HK$15.76; Wynn Macau, a subsidiary of Wynn Resorts, rose 3.6% to HK$6.11.

Mainland China stock exchanges are closed today for the Mid-August Festival. The Hong Kong Stock Exchange will be closed tomorrow.

This Dividend-Powered Plan Lets You Retire In 7 Years

This Dividend-Powered Plan Lets You Retire In 7 Years