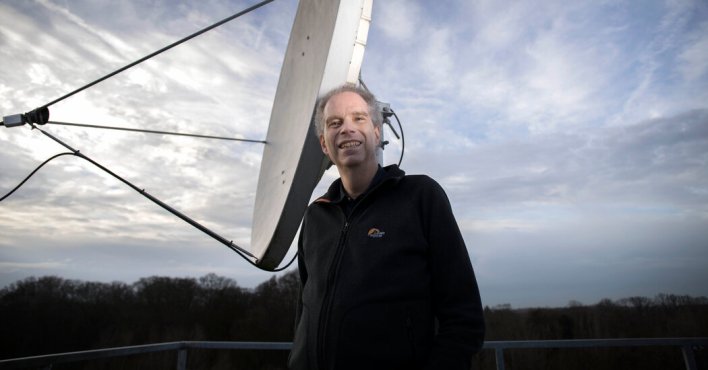 The lack of peer review made some in the scientific community uncomfortable, Dr. Cullen said. “We were still trying to convince other scientists that this could be done,” she said, adding that Dr. van Oldenborgh’s expertise and leadership were critical to gaining acceptance.

Dr. van Oldenborgh was born on Oct. 22, 1961, in Rotterdam. His father, Jan, was a lawyer; his mother, Wil Lijbrink, was a psychoanalyst. He studied in British Columbia before receiving a master’s degree at Leiden University in the Netherlands and a doctorate at the University of Amsterdam, both in theoretical physics.

He is survived by his wife, Mandy, and three sons, Elwin, Leon and Ingo.

Dr. van Oldenborgh came to the meteorological institute in 1996 as a postdoctoral researcher. Up to that point his focus had been on particle physics, but at the institute he began to study El Niño, the recurring climate phenomenon that affects weather worldwide.

“Climate research turned out to be much more suited to my personality and offer more possibilities, as it was a newer field and hence it was simpler to make significant contributions,” he said in an interview last year. “It was also much easier to explain to the public, and the answers were more relevant for society.”

His early work at the institute included developing Climate Explorer, an online platform through which anyone can analyze climate data. “It has been used by probably every meteorology or climate science student in the world,” said Dr. Otto, who is now a senior lecturer at Imperial College London.

“It was changing extremes we were interested in,” said Dr. van Aalst, who first worked with Dr. van Oldenborgh in the mid-2000s. “There was basically nothing on that in the literature.”

Bulgarians vote in elections for third time this year

Bulgarians vote in elections for third time this year